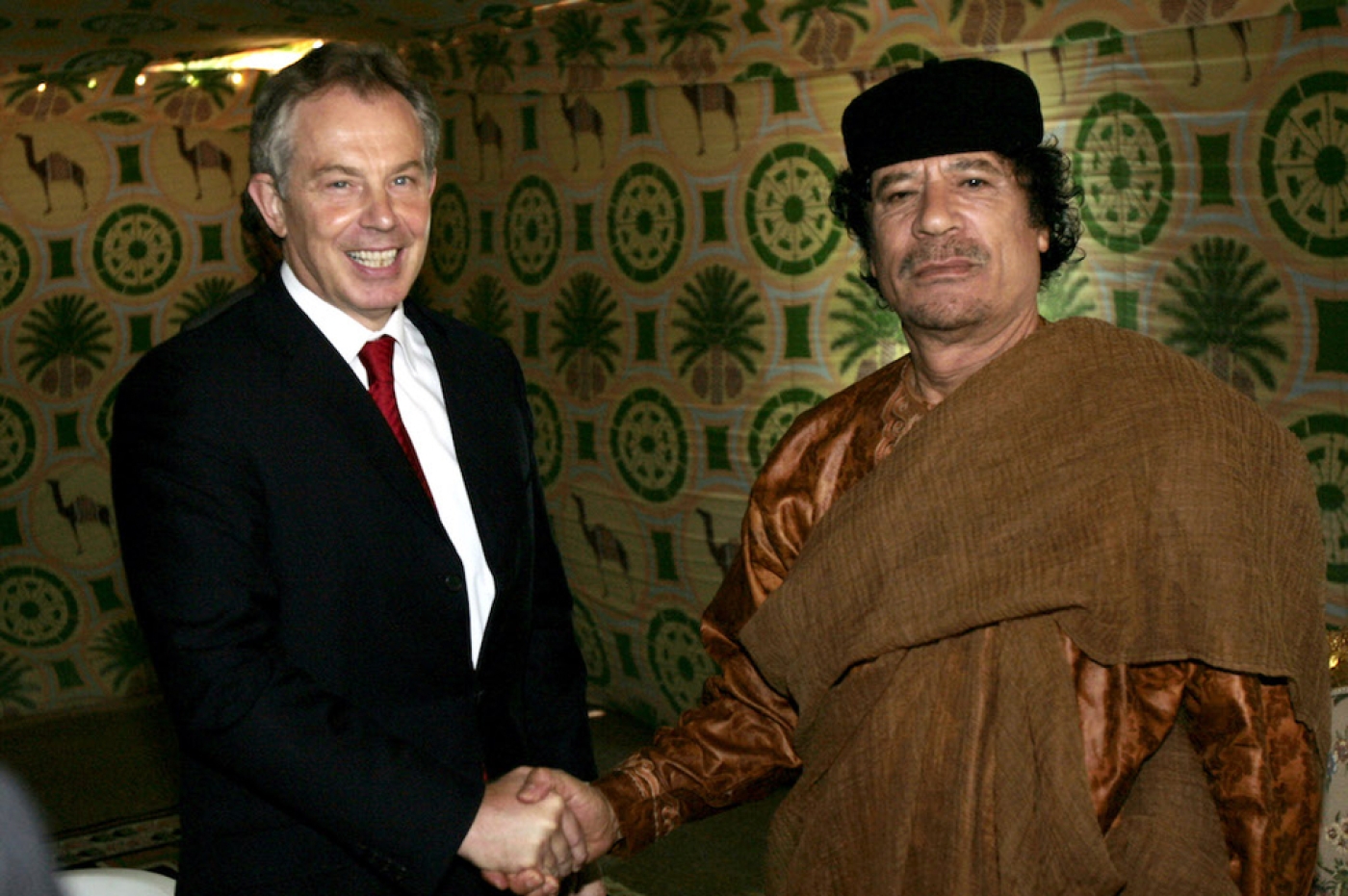 The head of the UK’s MI6 intelligence agency, Richard Dearlove, led a high-powered delegation to discuss close cooperation with Libyan leader Muammar Gaddafi and his security chiefs shortly before the abduction and subsequent torture of two prominent Libyan dissidents, according to British court documents.

The documents also say Gaddafi personally raised a number of specific questions with then-British prime minister Tony Blair, raising questions about how much he knew of the secret abduction operations in 2004.

The documents, referred to in London’s high court on Monday, provide startling new evidence of the close relationship between senior officials within Britain’s foreign intelligence agency and their Libyan counterparts.

Monday’s court hearing was the latest in the long-running dispute between British government agencies and Abdul Hakim Belhaj, a Libyan dissident and prominent member of the Libyan Islamic Fighting Group.

In a joint CIA-MI6 operation in 2004, Belhaj and his pregnant wife Fatima Bouchar were seized in Malaysia and secretly flown to Tripoli where they were placed in solitary confinement and abused.

The operation first came to light in papers found in the offices of Gaddafi’s foreign intelligence chief, Moussa Koussa, during Libya’s 2011 revolution in which Gaddafi was deposed and killed.

Documents referred to in open court on Monday with some names redacted, note that Gaddafi’s External Security Organisation (ESO) had complained in 2003 of the lack of cooperation with the British on extradition because of legal problems.

The annex of documents includes copies of ESO memos in Arabic and English translations of the documents.

They add: “In or around October 2003, Colonel Gaddafi wrote Tony Blair a letter making five specific demands of Britain in exchange for disarmament”.

This was at the time Gaddafi agreed to end his nuclear and chemical weapons programme. The documents do not spell out what his specific demands were.

They say that “In February 2004, MI6’s most senior officers – including Sir Richard Dearlove flew to Tripoli to discuss cooperation on dissidents with Col Gaddafi”, suggesting that Dearlove briefed the Libyan leader in person.

They continue: “The purpose of the visit was to discuss ‘tracking dangerous members and exchanging information about them’ MI6 made a presentation to Gaddafi about the necessity of direct coooperation between Libya and the UK”.

The documents also refer to a meeting between a Foreign Office official and a member of Blair’s office “immediately after MI6’s briefing to Gaddafi”.

One of the documents found in Tripoli was a note, dated 18 March 2004, by Mark Allen, then head of counter-terrorism at MI6, to Moussa Koussa.

It said: “I congratulate you on the safe arrival of Abu Abd Allah Sadiq [Abdul-Hakim Belhaj]. This was the least we could do for you and for Libya to demonstrate the remarkable relationship we have built over the years. I am so glad. I was grateful to you for helping the officer we sent out last week.”

Sami al-Saadi who was also abducted with his family in a joint CIA-MI6 operation, accepted £2.2m ($3m) compensation from the British government.

Belhaj chose to fight on, demanding an apology. Monday’s court hearing was the latest in his attempt to get an apology in the face of more evidence of British collusion in his secret rendition to Tripoli.

MI5 and MI6 sources have said their aim in cooperating with Gaddafi was to track “extremists” in Britain as well as in Libya. Some British officials have suggested that Gaddafi had undertaken that anyone abducted with their cooperation would not be tortured.

Britain’s Crown Prosecution Service in 2015 decided not to prosecute MI6, Allen, or Jack Straw, the foreign secretary at the time of the rendition operations.

It said: “Officials from the UK did not physically detain, transfer or ill-treat the alleged victims directly, nor did the suspect have any connection to the initial physical detention of either man [Belhaj and Saadi] or their families.”

But the CPS statement added: “Following careful review, the CPS has concluded that there is sufficient evidence to support the contention that the suspect had been in communication with individuals from the foreign countries responsible for the detention and transfer of the Belhaj and Saadi families; disclosed aspects of what was occurring to others within this country; and sought political authority for some of his actions albeit not within a formal written process nor in detail which covered all his communications and conduct.”

The British government is now fighting Belhaj’s attempts to get the CPS to reveal the reasons for its decision not to prosecute.

Cori Crider, of the human rights group Reprieve, representing Belhaj, said on Monday that the new evidence raised questions about how much Blair and his office had known about the abduction operations.

“Did Gaddafi ask Blair to help him target dissidents? Why did Number 10 send an emissary to meet Libyan spies just weeks before the abduction? What really happened at Dearlove’s set-piece presentation to Gaddafi? Come trial, Teflon Tony, Jack Straw, and others at the heart of government may find themselves in a pretty sticky spot," Crider said.

Straw and Allen have always denied wrongdoing. When the Libyan renditions first came to light, Straw said: “No foreign secretary can know all the details of what its intelligence agencies are doing at any one time.”

Blair has said he did not have “any recollection at all” of the Belhaj rendition.

Dearlove has said: “It was a political decision, having very significantly disarmed Libya, for the government to cooperate with Libya on Islamist terrorism. The whole relationship was one of serious calculation about where the overall balance of our national interests stood.”