Egyptian star, who scored 44 goals for Liverpool during the 2017-18 season, dedicated his second consecutive win to his home country 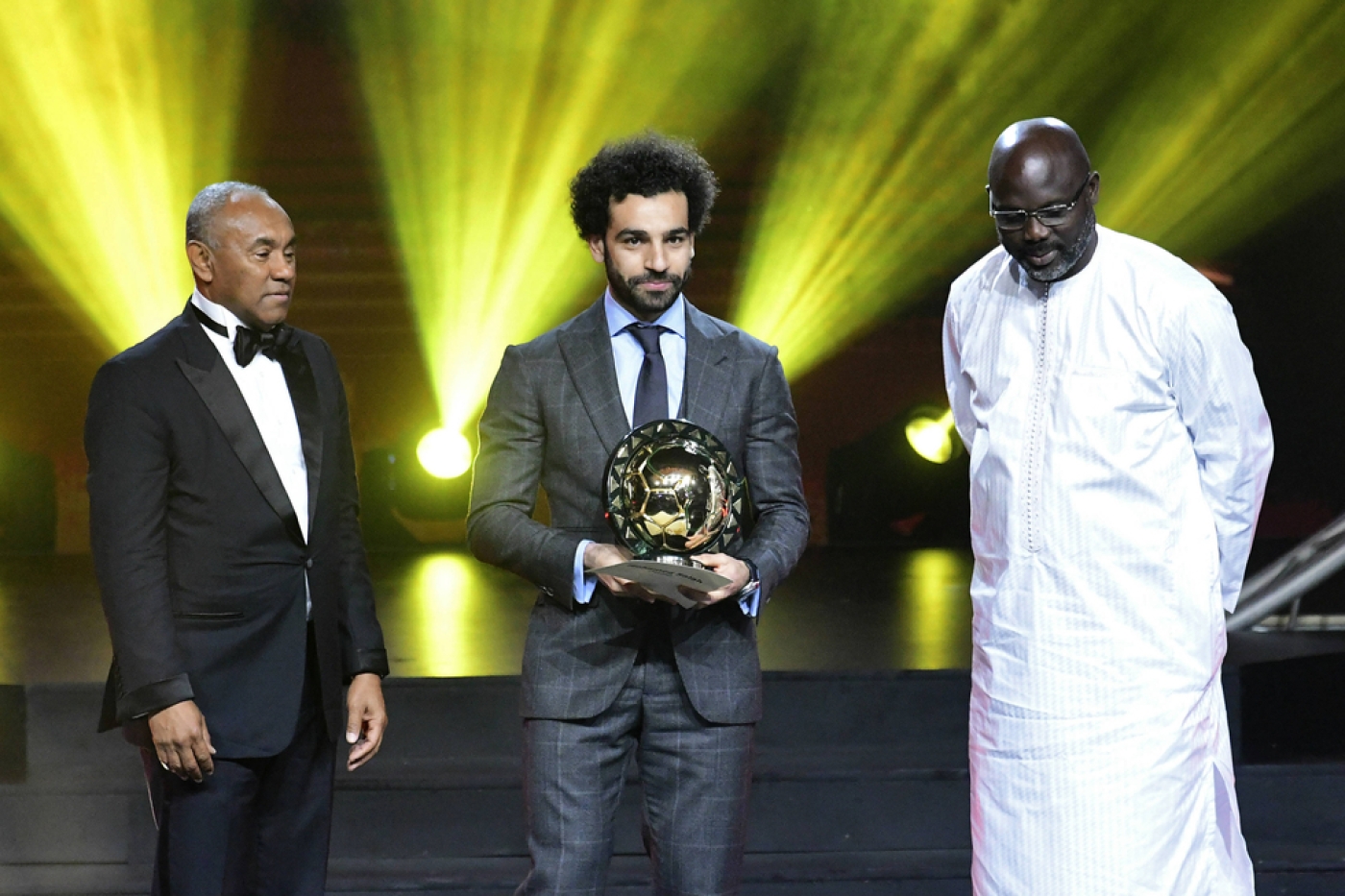 It is the third time an Egyptian player has claimed the crown, with Mahmoud El Khatib's 1983 victory being the other occasion (Reuters)
By
MEE and agencies

Egypt and Liverpool footballer Mohamed Salah has won the African Player of the Year award for the second year in a row.

Salah, who finished ahead of Liverpool teammate Sadio Mane and Arsenal's Pierre-Emerick Aubameyang, collected the prize at a ceremony in the Senegalese capital Dakar on Tuesday.

The forward edged the same two players last year in a vote decided by the technical directors and head coaches of 56 Confederation of African Football (CAF) member associations.

Mohamed Salah: How the 'Egyptian King' rules from the Nile to the Mersey
Read More »

"This award is very big for me, I love it because I saw it when I was young and I always had a dream to win it one day," Salah said when collecting his trophy for his 2018 exploits.

"I’m proud to win it twice, I must thank my family and my team mates, and I dedicate this award to my country, Egypt."

The award came on the same day that it was announced that Egypt would host the African Cup of Nations in June this year.

The announcement at a meeting of CAF's executive committee in Dakar came after Cameroon was stripped of hosting duties in November because of delays in its preparations.

Salah, who scored 44 goals for Liverpool during the 2017-18 season, winning the Premier League's Golden Boot, also helped his team reach the 2018 Champions League final, but suffered a shoulder injury during the 3-1 defeat by Real Madrid in Kiev.

That injury raised doubts about his World Cup participation but he regained fitness to represent Egypt in the finals in Russia, scoring twice as they exited in the first round.

Salah, 26, has scored 13 Premier League goals this season to guide Liverpool to the top of the standings.

It is the third time an Egyptian player has claimed the crown, with Mahmoud El Khatib's 1983 victory being the other occasion, the Reuters news agency reported.

A national icon dubbed the "Fourth Pyramid" in Egypt, Salah has also been hailed for his influence off the pitch.

With his Muslim identity celebrated in songs by Liverpool fans, some say he has helped dispel prejudices and usher in more inclusive attitudes.

In September of last year, Salah was shortlisted for the prestigious FIFA player of the year award, but he lost out to Luka Modric of Real Madrid.

In July, Salah signed a new five-year contract with Liverpool reputed to be worth around £200,000 ($263,000) a week, making him the highest paid player in the club's history.