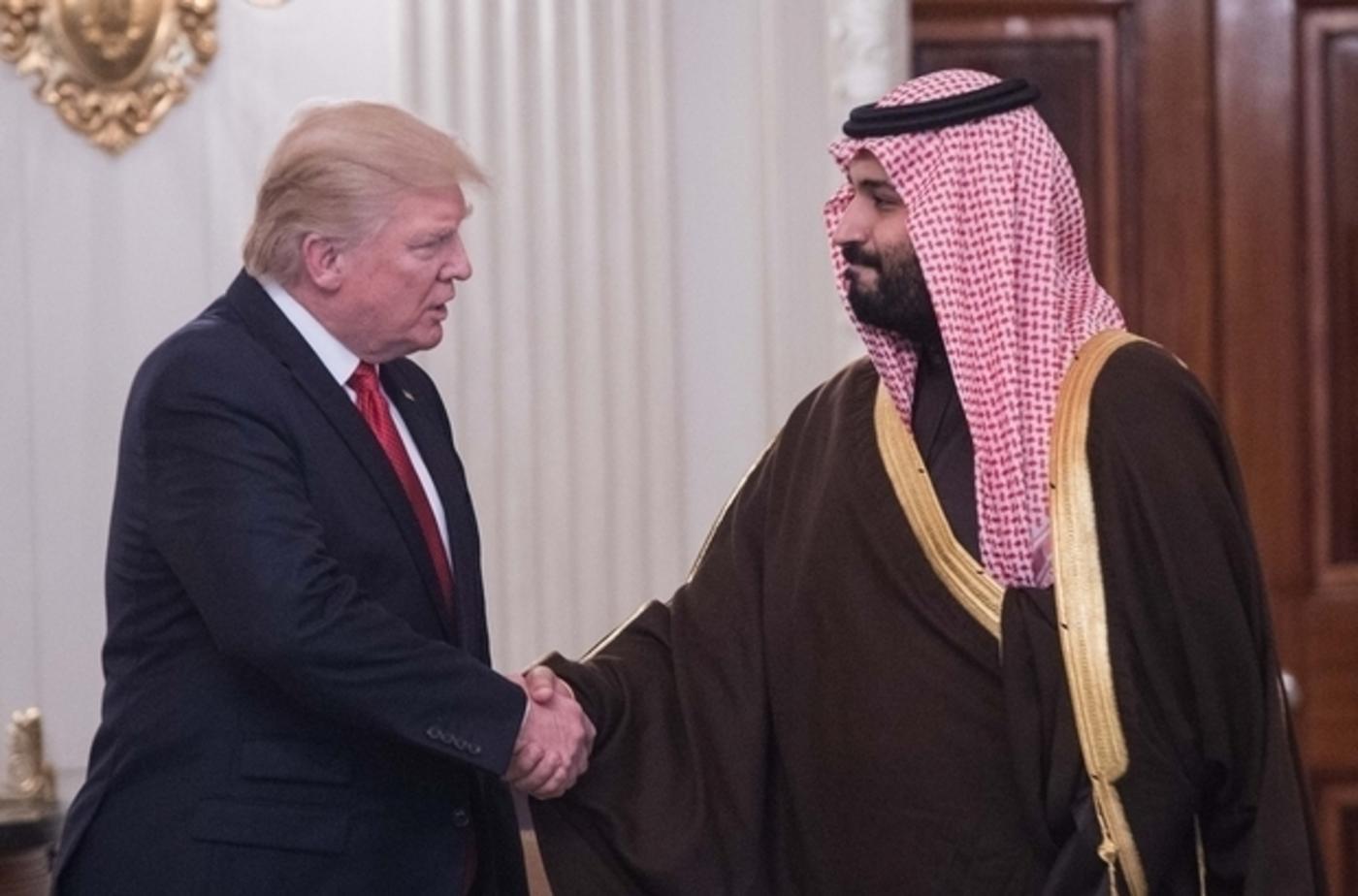 NEW YORK, United States – Before Saudi Arabia’s crown prince touches down in the US on Monday, locals will have already had a chance to decide what they think of the 32-year-old petro-royal and his rapid social, political and military reboot for the desert kingdom.

The excitement and alarm that surrounds Mohammed bin Salman – or MbS as he is also known – has already crossed the Atlantic ahead of his meeting with President Donald Trump on Tuesday and a multi-city US tour for trade and finance talks.

In a '60 Minutes' interview with bin Salman, which aired on Sunday, he likened Iran’s supreme leader to Adolf Hitler, the leader of Nazi Germany, and said Saudi would quickly get a nuclear bomb if Tehran develops its own weapons programme.

Equally shocking was an NBC News report that bin Salman, widely viewed as the power behind the throne of his father, King Salman, stopped his mother from seeing the 82-year-old monarch for fear she would stymie his rise to power. At one point, he reportedly caged her in a palace.

Riyadh has spent millions on its well-oiled PR machine, persuading wonks and lawmakers that bin Salman is a reformer – lifting bans on cinemas and women drivers as he counters religious bigotry and weens the kingdom off its declining oil reserves.

But the mostly-Saudi 9/11 hijackers cast a long shadow over US-Saudi ties. Critics deride bin Salman as a risk-taking autocrat whose gambles in Yemen and Qatar and bellicose rhetoric on Iran are making an already-turbulent region worse.

This week, the Washington Post daily urged the “bold moderniser” to prove he is a true reformer by releasing political prisoners, including the blogger and activist Raif Badawi who was sentenced to 10 years in jail and 1,000 lashes in 2014.

The visit is not just window dressing. Bin Salman may meet Silicon Valley entrepreneurs, Los Angeles movie moguls, oil industry tycoons in Houston and New York financiers to drum up support and greenbacks for his Vision 2030 agenda back home.

For this, he must persuade US investors he is no wildcard, and that locking up dozens of top officials and businessmen in Riyadh’s Ritz-Carlton Hotel in an anti-graft purge did not show weaknesses in Saudi’s rule of law.

It won't be easy, said former CIA officer Bruce Riedel. Bin Salman will have to leverage his personal ties with Trump’s son-in-law and adviser Jared Kushner and others to further his goals in a frenetic White House, Riedel told Middle East Eye.

“Saudi strategy toward the US is built on the Trump family connection, expensive lobbyists and bashing Iran. The prince has little experience of the intricacies of US politics, which are more complicated than ever in the Trump era,” Riedel said.

With bin Salman set to arrive in America, MEE picked out the four key issues to watch.

Revelations this week that Saudi officials are in peace talks with their Iran-backed Houthi foe in Yemen may not wholly allay concerns in Washington about the civilian death toll from Riyadh’s three-year-old military campaign next door.

Left-wing senator Bernie Sanders and others are touting a resolution to pull US support for the Saudi-led coalition, which would deprive Riyadh of US intelligence support and the refuelling of aircraft that bomb Houthi targets.

Gerald Feierstein, a former US ambassador to Yemen, outlined "fair prospects for passage" of the bill even though US military backing for the war was "incidental" and halting it would "not force the coalition to withdraw".

"But, on the eve of the crown prince’s visit, the Senate resolution should be seen as a warning to the administration and to the Saudis that patience over the continued war in Yemen and its humanitarian consequences is wearing thin," Feierstein told MEE.

"The Saudis do not have a great wellspring of support or sympathy to draw on here."

Bin Salman will enter a West Wing in flux – even by the standards of this turbulent administration. Secretary of State Rex Tillerson was unceremoniously sacked via Twitter this week and national security adviser HR McMaster faces a similar fate.

Meanwhile, Kushner has been stripped of his top secret security clearance as federal investigators probe whether his talks with officials and businesspeople from Qatar, the Emirates and elsewhere had any influence on later White House policy.

Bin Salman must navigate this geo-strategic labyrinth. Tillerson worked to protect Qatar, which has been blockaded by Saudi, the Emirates and others over claims that it was too cosy with Iran and bankrolled terrorists, which Doha denies.

Tillerson’s exit opens up Riyadh’s ability to pressure Doha – a process that bin Salman has likened to the seven-decade rift between the US and Cuba. The top US diplomat’s replacement, Mike Pompeo, may echo Trump’s tougher lines on Qatar and Iran.

"The Saudis are much assured by Pompeo moving to State, they know him and he is a hawk on Iran," Riedel told MEE.

"Behind the formal meetings and official statements, the Saudis will try quietly to assess the future of Trump’s team. The removal of Jared Kushner’s top-secret clearance and the mounting legal jeopardy surrounding his future imperil the prince’s most valued interlocutor."

On a recent visit to the New York Stock Exchange (NYSE), executives told MEE they were working hard to convince Saudi officials to trade oil giant Saudi Aramco on Wall Street, rather than rival bourses in London, Hong Kong and elsewhere.

Bin Salman plans to sell five percent of Saudi Aramco and raise some $100bn to fund reforms, but is understood to have qualms about US regulators and exposure to costly lawsuits over everything from climate change to the 9/11 attacks.

Anything bin Salman says about the IPO during his visit is likely to move markets.

In spite of much talk of closer Israel-Saudis ties, little of this was on display when Israeli Prime Minister Benjamin Netanyahu visited the US earlier this month and urged Trump to block plans for selling nuclear reactors to Riyadh.

Bin Salman’s comments about matching an Iranian nuclear arsenal doubtless added to fears in Washington that Riyadh’s push for a civilian nuclear energy capability was worsening prospects of a Middle East arms race.

For the US deal to go ahead, Washington has urged Riyadh to sign a so-called 123 nuclear agreement, under which it would not enrich the uranium used to power nuclear reactors, which can also be enriched further to build atomic weapons.

Nuclear watchers will follow Trump’s meet with bin Salman for any development there. Ileana Ros-Lehtinen, the Republican chairman of a House subcommittee on the Middle East, has made her own plans to spotlight the deal.

A meeting on Wednesday marks an "opportunity to assess the status of Saudi Arabia’s nuclear plans, the implications if the US agrees to a deal below the so-called gold standard, and legislative options to increase Congressional oversight," Ros-Lehtinen said in a statement.