Morale is high among anti-Islamic State fighters marching on Raqqa 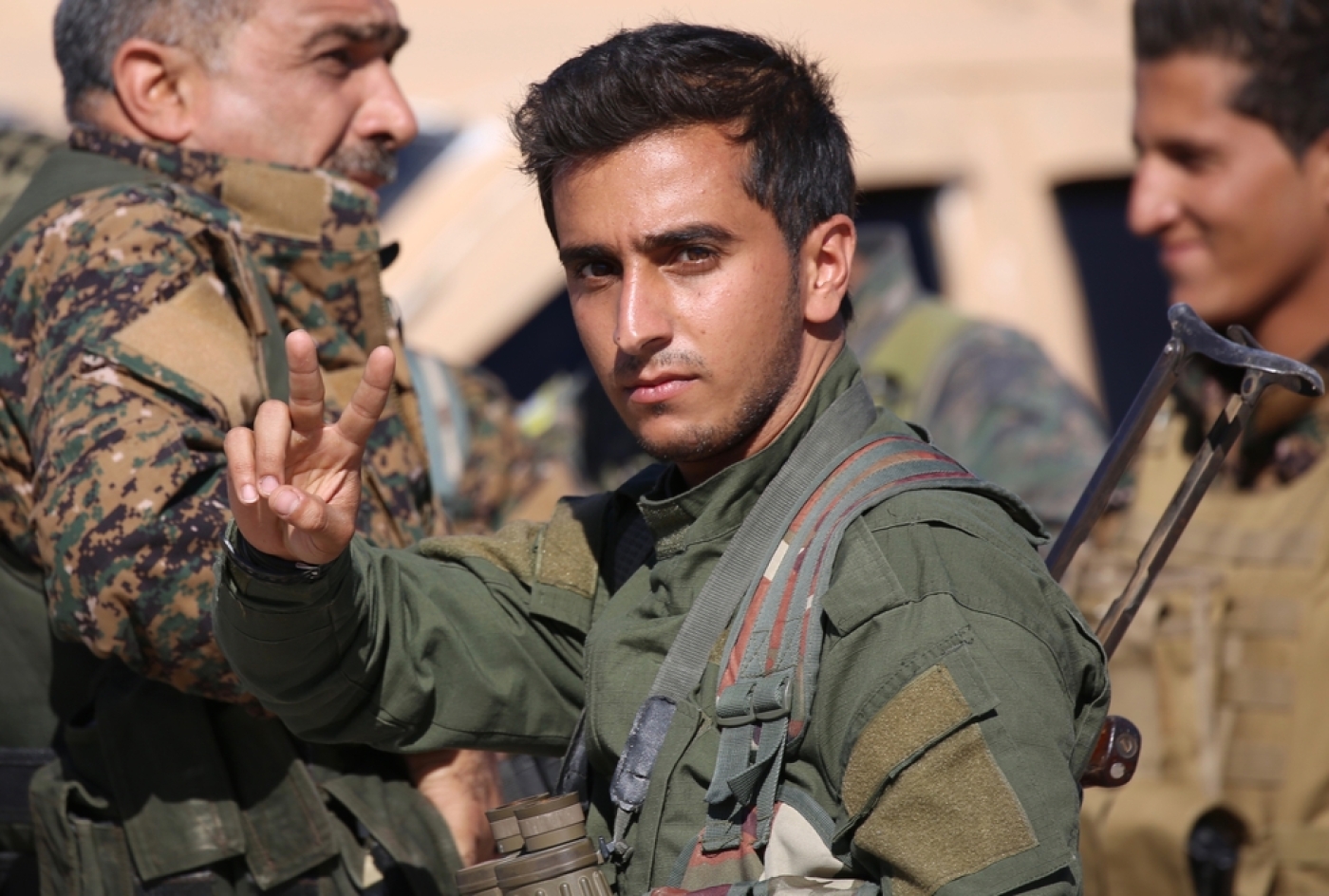 Member of Syrian Democratic Forces flashes V-sign for 'Victory' in town of Ain Issa, some 50km north of Raqqa, on Sunday (AFP)
By
AFP

For Shawakh Gharib, it's time to take revenge. With the start of the offensive to conquer Raqqa, the Syrian fighter believes his dream of going home will soon come true.

Gharib, 25, fled Raqqa in 2014 when militants of the Islamic State (IS) group arrived, but on Sunday he was upbeat at the prospect of returning.

"I'm very happy, very happy. All my comrades are from Raqqa. I cannot describe my joy," he told AFP.

"We want to take these positions back from the oppressors. They say they come in the name of Islam but do not know Islam. God willing, we will be victorious."

He is just one of the 30,000 men and women, Arabs, Kurds and Turkmens, engaged in operation "Wrath of the Euphrates".

SDF forces are advancing against the de facto IS capital in Syria on three fronts, from Ain Issa and Tal Abyad to the north, and from the village of Makman to the east.

"The US forces are supporting us. Thank God, we have everything we need. We have weapons, PKC machine guns, artillery, everything is ready and our morale is high," Gharib added.

From a mound of earth in the rocky desert landscape, SDF fighters and nearly two dozen Western soldiers watched IS positions a few kilometres away to determine targets for coalition air strikes.

The rumble of aircraft engines overhead was constant.

In the distance, black smoke rose. One of the fighters said it was probably an IS car bomb that was hit.

Near an all-terrain vehicle piled with equipment, four soldiers were busy, one with American markings on his helmet.

Another soldier in dark glasses who held a drone spoke French.

"Everything is going well," he told AFP.

The SDF asked the AFP journalists not to approach the other soldiers because they were "guests".

Returning from the front line, fighters bearing rocket-propelled grenade launchers and light weapons drank tea as they took a break.

Women fighters in military fatigues chatted among themselves.

"There are a lot of clashes, and in particular they [IS] are sending car bombs. So far they sent four," said Diljin Kobani, a local commander with the Kurdish People's Protection Units (YPG), a backbone of the SDF alliance.

She said two were destroyed, a third blew himself up and the last was hit and retreated.

"For the world, Raqqa has a great importance, and that is why the coalition forces help and support us in this campaign," Kobani added.

"They help us with their air force coordinating on the ground, with reconnaissance aircraft and strikes on the positions of IS elements. Their support is outstanding."

Mosul in Iraq and Raqqa in Syria are the last two major cities still controlled by IS, which has lost much of the territory it conquered in 2014 in both countries.

Talal Sello, a spokesman for the SDF based in the northeastern city of Hasakeh, told AFP earlier on Sunday by telephone that forces would first seize areas around Raqqa before moving on the city itself.