More than 100 Palestinians injured by Israeli forces during Gaza protest

At least two Palestinians were critically injured, including an elderly woman who joined protests in the buffer zone More than 100 Palestinians were injured by Israeli fire during weekly protests on Friday, according to the Gaza health ministry, as Israel ramped up its military presence along the fence separating it from the blockaded Gaza Strip.

Gaza health ministry spokesman Ashraf al-Qidra said that among the 130 Palestinians injured, at least 77 were hospitalised.

Among the injured were 25 children, a journalist, medical staff, and two critically injured Palestinians, one of whom is a 70-year-old woman.

Palestinians who spoke to Middle East Eye from the Gaza buffer zone said they would continue protesting "until the siege is lifted".

"We have nothing to lose anymore. People in Gaza are dying slowly and the marches will not stop," Fatima al-Batsh told MEE.

The 15-year-old demonstrator added: "No matter who you speak with on the border, everyone will continue protesting until the siege is lifted."

This latest escalation comes after dozens of Israeli tanks amassed around Gaza ahead of Friday's protests.

A Reuters photographer counted about 60 tanks and armoured personnel carriers at a deployment area near the strip, calling it the largest number of military vehicles he has seen there since the 2014 war between Israel and Hamas.

Since protests began in March, at least 217 Palestinians have been killed by Israeli forces, according to the United Nations Office for the Coordination of Humanitarian Affairs.

UN-OCHA's data also indicates that most of the 22,897 Palestinians injured during the protests were wounded by live ammunition shot by Israeli forces.

The large Israeli military deployment on Friday came a day after Nickolay Mladenov, the UN envoy for the Middle East, said: "We remain on the brink of another potentially devastating conflict, a conflict that nobody claims to want, but a conflict that needs much more than just words to prevent.

"Gaza is imploding. This is not hyperbole. This is not alarmism. It is a reality," Mladenov told the UN Security Council on Thursday.

He cited World Bank figures that show a 53 percent unemployment rate in Gaza and more than 70 percent of Palestinian youth jobless in the small coastal territory.

One out of two Palestinians in Gaza also now lives below the poverty line, he said.

On Wednesday, two rockets were fired from the Palestinian enclave at Israel, with one destroying a house in the southern city of Beersheba. 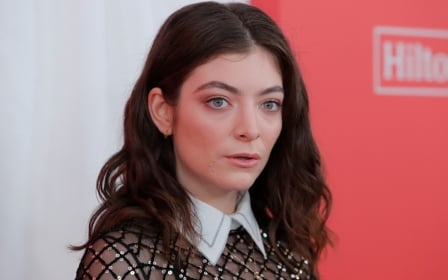