Activist, who said she was tortured by police in April, has been handed a hefty fine and 1-year jail term for 'false torture' claims An activist from Morocco's 20 February movement has been sentenced by a Tangiers court to a year in prison for a "false torture allegation", her lawyer told AFP.

Charaf alleged she was kidnapped in April and thrown into an unmarked police car, after a demonstration in Tangiers where she lives.

She said she had been tortured and left at the side of a road on the outskirts of town.

However, the court convicted her of making a "false torture allegation.”

During her trial, which went on late into the night on Monday, several dozen activists staged a rally of support outside the court, witnesses said.

There were scuffles between police and demonstrators – Michele Decaster, a human rights activist and head of the French Association for Solidarity with African Peoples, was arrested.

Charaf's lawyer Mohamed Sadqo told AFP by telephone that it was an "unjust political verdict" and a "serious breach of the Moroccan constitution and international conventions against torture, which Morocco has signed."

Sadqo said he plans to enter an appeal on behalf of the woman.

The February 20 movement, formed during the Arab Spring, continues to call for political and social reform in Morocco, but its activities have shrunk, as members claim they are being repressed.

Authorities say that significant progress has been made on reform since the summer 2011 adoption of a new constitution. 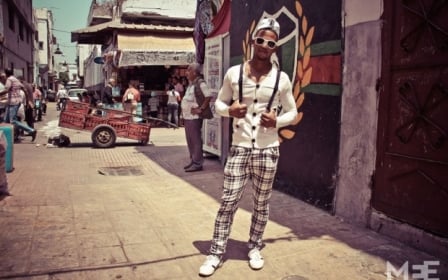