Hundreds of Salafists demonstrate outside Morocco's parliament demanding release of jailed relatives, insisting on their innocence 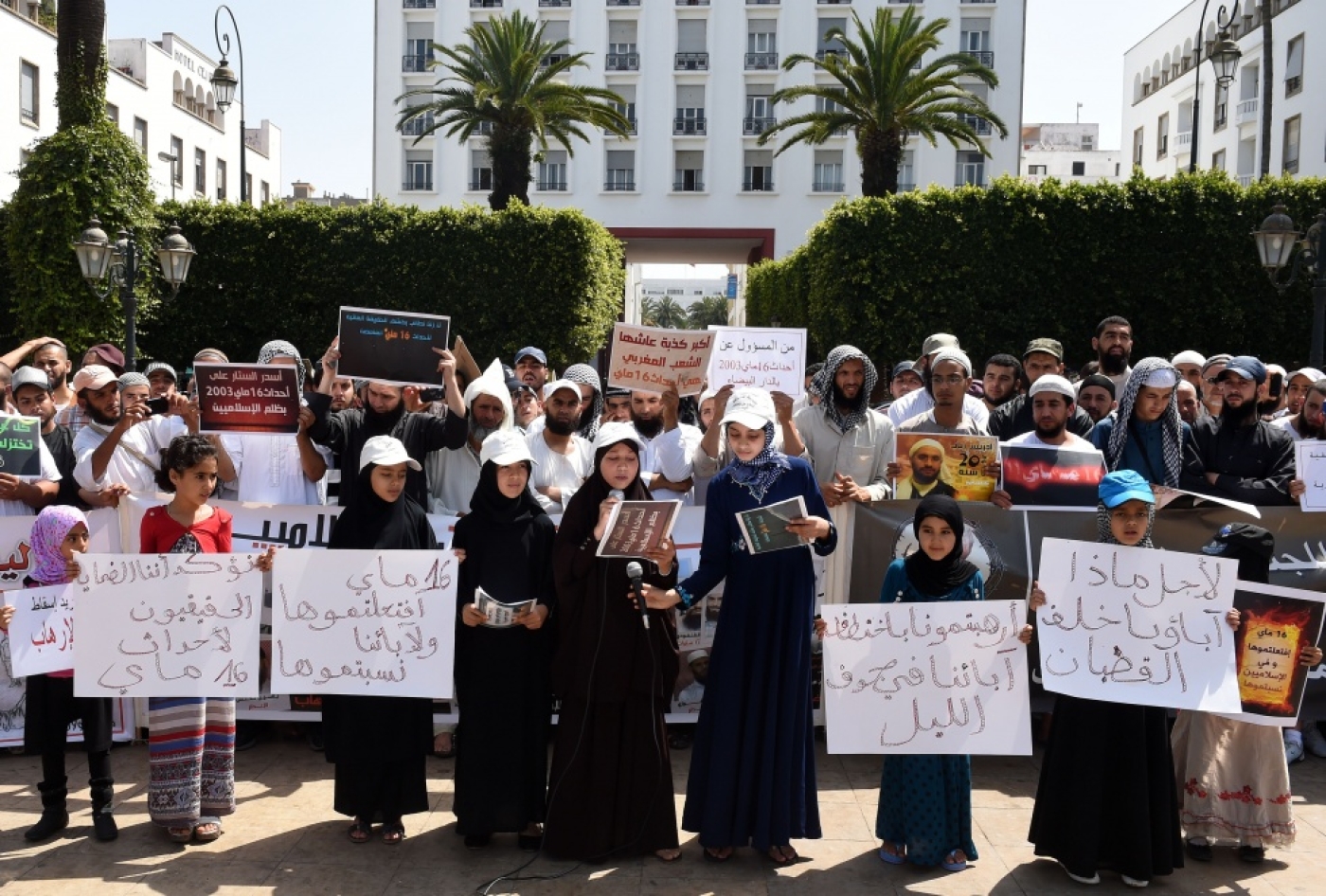 Supporters of jailed Salafists demonstrate in front of the parliament in Rabat on May 16, 2014 (AFP)
By
MEE and agencies

Hundreds of Salafists demonstrated outside Morocco's parliament Friday demanding the release of fellow Islamists jailed in connection with suicide bombings in Casablanca 11 years ago, insisting on their innocence.

The protesters held pictures of relatives and friends jailed in the aftermath of the attacks, on May 16, 2011, which killed 33 people and led to the adoption of tough anti-terrorist legislation and a crackdown on Islamists.

"We stand here in Rabat, in front of the Moroccan parliament, to confirm that Islamist detainees were the biggest victims of the tragic events of May 16," Abderrahim Ghazali, a spokesman for the committee for the defence of detained Islamists, told the crowd.

"For 11 years they have suffered from injustice and oppression, and separation from their families... because of the terrorism law that was passed after these events," he said.

Activists accuse the Moroccan authorities of using the law to jail thousands of Islamists arbitrarily over the past decade.

Many remain behind bars after being convicted of involvement in the Casablanca attacks, despite King Mohammed VI freeing scores of extremists, including several prominent Salafist leaders, after Arab Spring protests swept the country in 2011.

A group of UN experts on arbitrary detention, visiting Morocco in December, called on the government to review the anti-terrorist legislation.

The crowd outside parliament chanted "No prison for our brothers!"

Ahmed Bel Baraka, one of the protest organisers, said around 1,000 Islamists were currently languishing in Moroccan prisons, some 400 of them jailed after the Casablanca attacks.

He said the rest were detained after returning from Syria, where an unknown number of Moroccans have gone to fight the forces of President Bashar al-Assad.

"People say we are terrorists, that we blow ourselves up. But that is not at all true," Bel Baraka insisted. 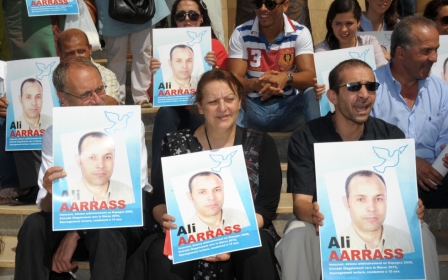 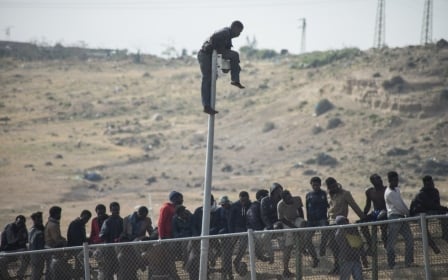 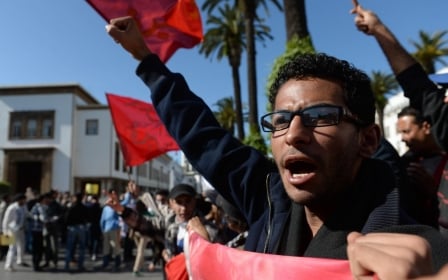