The mothers of five juvenile prisoners facing the death penalty in Saudi Arabia have called for their children’s convictions to be quashed, amid fears they may about to be executed.

A joint statement released by the mothers on Tuesday described the potential execution of their children as “unique in the history of Saudi justice”.

“Saudi authorities have subjected our children to multiple forms of injustice,” the statement said, with the mothers accusing the government of arbitrarily detaining and torturing their children, as well as subjecting them to unfair trials.

“We demand that the Saudi government drop their sentences and order their re-trial. These trials must be public, in accordance with international principles, and must be attended by neutral observers,” they said.

Mohammed al-Shioukh, Abdullah al-Zaher, Ali al-Rebh, Dawood al-Marhoon, and Ali al-Nimr have been sentenced to death. All of them were under 18 years old at the time of their arrests in 2012, which were for taking part in anti-government protests organised by the Shia community in the Eastern Province.

Fears have risen that the five young Saudis will be imminently beheaded after local news outlet Okaz reported on Monday that 55 people convicted of “anti-government offences” will be executed over the coming days.

“These reports are […] suggesting the Saudis may be just days away from executing people convicted when they were children, who were demanding political reform in their country,” Maya Foa, director of Reprieve’s Death Penalty Team, said in a statement.

“These executions must be stopped,” she added.

Saudi Arabia’s Shia community make up around 10 to 15 percent of the kingdom’s 29 million population. They are concentrated in the country’s Eastern Province, which is rich with oil but rife with poverty.

The Shia community have long complained that the government discriminate against them, particularly in areas of employment and education.

In 2011, inspired by the Arab Spring uprisings, protests erupted in the Eastern Province, with the local Shia community pouring onto the streets to demand increased representation and more rights in the kingdom.

The leader of those protests, firebrand cleric Sheikh Nimr al-Nimr, was arrested in July 2012 after a gun battle with authorities.

Nimr, the uncle of juvenile detainee Ali al-Nimr, is among those slated to be executed for their role in the Eastern Province protests, which continue to take place but have dramatically decreased in size since the 2012 crackdown.

Saudi authorities reject claims that Nimr led peaceful rights-based protests, and instead allege that they faced – and continue to face – armed anti-government gangs in the Eastern Province.

“The al-Nimr family members pursued violence and attacks on security forces and government facilities beside terrorising civilians, hooliganism and vandalism,” Saudi authorities recently said in a statement given to the Daily Telegraph.

“We have all the rights to maintain safety and security of our citizens and we cannot understand the demands to make it go unpunished.”

The mothers of the five young Saudis facing execution said on Wednesday that they will not be silenced even if their children are beheaded.

“We […] will only stay silent over this crime if they kill us alongside our children,” the statement said.

Saudi Arabia has executed at least 151 people so far in 2015, nearly doubling last year’s total of 88. 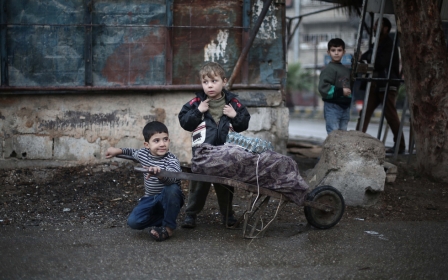