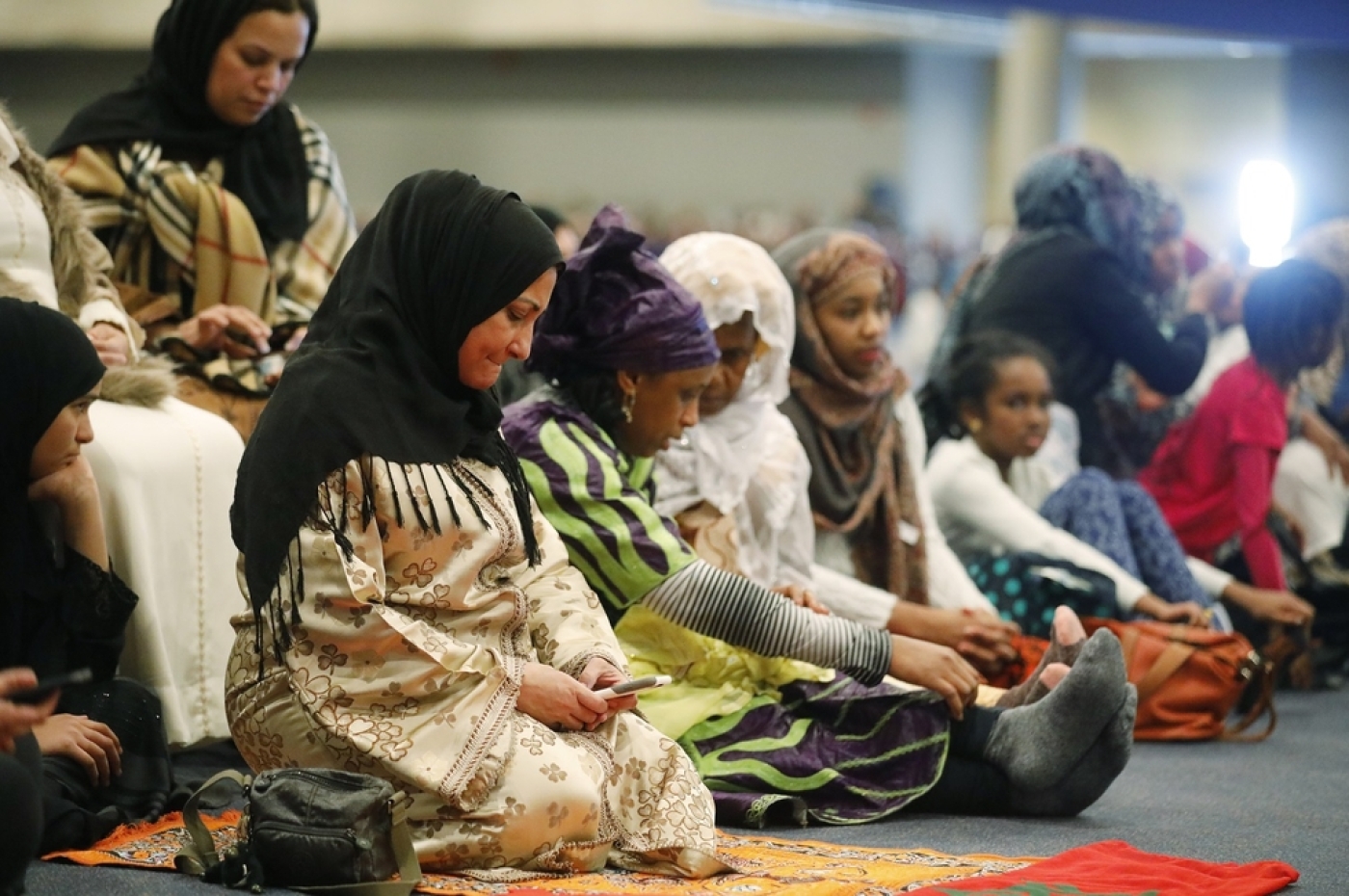 Proposed law would bar Muslim women who wear the hijab from working in public-sector jobs (AFP/File photo)
By
Jillian Kestler-D'Amours
in
Montreal, Quebec

The Quebec provincial government has introduced a bill that would prohibit lawyers, teachers and other public-sector employees from wearing religious symbols, such as hijab, on the job.

Muslim-Canadian advocates immediately condemned the measure, which was put forward in the provincial parliament on Thursday morning, calling it "regressive" and discriminatory.

"This legislation is effectively a prohibition on wearing the hijab in Quebec public service, given the overwhelming number of people impacted will be Muslim women," said Ihsaan Gardee, executive director of the National Council of Canadian Muslims, an advocacy group.

The Quebec legislation is the latest attempt by the Canadian province to impose restrictions on religious symbols in the public sector.

The bill, dubbed "An act respecting the laicity of the state", would bar teachers, school administrators, lawyers, and other state employees from doing their jobs while wearing religious symbols.

That may include the hijab worn by Muslim women, or the kippah worn by Jewish men, among other forms of religious dress.

Francois Legault, the Quebec premier, called on lawmakers to pass the bill so that his government can move on to more important issues.

"It hasn't been solved since 12 years now, and I would like that we turn the page and talk about health care, education, economy," Legault said after the legislation was introduced, as reported by CBC News.

Individuals who are already working for the government will be granted an exemption from the restrictions, "for as long as they exercise the same function within the same organisation", the bill states.

That suggests the prohibition will be applicable to new government employees, or any employee who takes on a new role within his or her workplace.

The Quebec government justifies the restrictions on the basis of state secularism, arguing that religious symbols have no place in public institutions.

"It is important that the paramountcy of state laicity be enshrined in Quebec's legal order,” it states.

But that argument has been condemned as disingenuous by many across Quebec, who say the legislation unfairly targets Muslim women who wear hijab and will lead to their exclusion from society.

The Montreal Gazette reported that the bill invokes a clause in Canadian law, known as the notwithstanding clause, that allows Quebec's government to temporarily override individual rights that are protected under the Canadian and Quebec charters of rights and freedoms.

Human rights groups and legal experts have long said that these types of state-secularism laws violate religious freedom, among other protected rights.

Furheen Ahmed teaches history and geography to Grade 7 and 8 students at Westmount High School, a public high school in Montreal, the largest city in the province.

In an interview with Middle East Eye a few weeks before the law was introduced on Thursday, she said she is frustrated by the continued debate over this issue in Quebec.

"I believe the reason it keeps coming up is simply to divide. It's one of these issues that gets people fired up and gets people really emotional," she said.

"It's frustrating because you're constantly having to defend yourself."

The issue is a personal one for Ahmed, who wears the hijab.

She said that while the tenets of the proposed law - and how the government intends to enforce it - are still unclear, she may be forced out of the classroom.

"I have no intention of leaving the profession or taking off my hijab," she said.

"If we are forced to abide by it ... that's my financial independence affected, that's my career being affected."

That was echoed by Sarah Abou-Bakr, the Quebec spokeswoman for the NCCM, who said the proposed legislation is discriminatory.

"If this bill becomes law, Quebec Muslims will be facing a very different set of circumstances and socio-economic prospects than those around them," Abou-Bakr said in a statement.

"Quebec is a democratic, progressive and inclusive society, yet this bill is regressive and is squarely against these core values."

Not the first time

This week's proposed legislation is not the first attempt by a government in Quebec, a French-speaking province in eastern Canada, to introduce restrictions on religious dress in the public sector.

For more than a decade, various governments in Quebec City have gone back to the issue, often during election periods, and promised to pass measures that would end the "religious accommodation" debate once and for all. 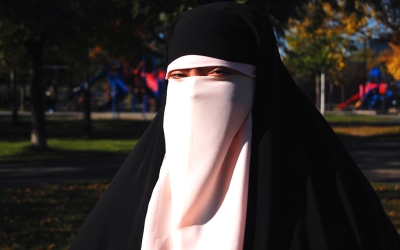 In 2017, the previous Quebec government passed a law that barred individuals from giving or receiving public services with their faces covered.

That law, known as Bill 62, extended to anyone seeking to access health and education services, as well as anyone using public transit.

It faced widespread public protests and its critics argued that the law unfairly targeted Muslim women who wear the niqab, which fully covers their face.

The legislation also caused widespread confusion, as municipalities and public transportation agencies said they had no way to fully enforce it.

Bill 62 was later suspended after a Muslim woman in Quebec who wears the niqab filed a legal challenge against the law, arguing it violated her constitutional rights.

The bill introduced on Thursday would include provisions from Bill 62 that prohibit people from receiving public services while wearing religious symbols. "Persons who fail to comply with that obligation may not receive the service requested," it states.

Meanwhile, Canadian Prime Minister Justin Trudeau was asked about the Quebec proposal on Thursday, before the bill was officially introduced.

'If this bill becomes law, Quebec Muslims will be facing a very different set of circumstances and socio-economic prospects than those around them'

"Canada, and indeed Quebec, is a place where we are a secular society. We respect deeply people's rights and freedoms, including freedom of expression, freedom of conscience, freedom of religion," Trudeau said, as reported by the Montreal Gazette.

"It is unthinkable to me that in a free society, we would legitimise discrimination against citizens based on their religion," he said.

It is unclear how the Quebec government intends to implement the bill if it is passed.

More details about the proposed legislation are expected to be laid out in the coming days.

Still, the English Montreal School Board (EMSB), an English-language public school board that represents 44,000 students in 77 schools and education centres, said it would not follow the new directives.

"This proposed legislation would be contrary to the values the EMSB teaches its children, in particular, values of diversity, acceptance, tolerance and respect for individual rights and religious freedoms," Julien Feldman, an EMSB commissioner, said in a statement earlier this week. 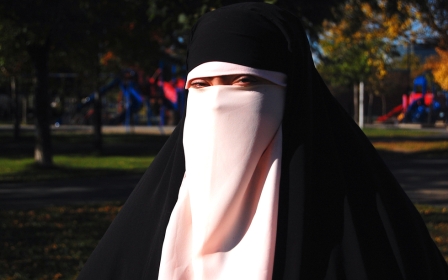 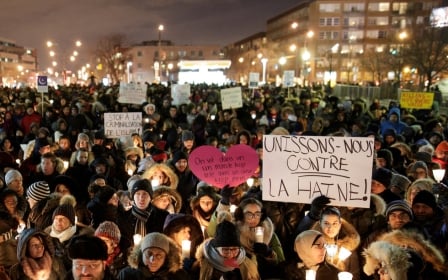 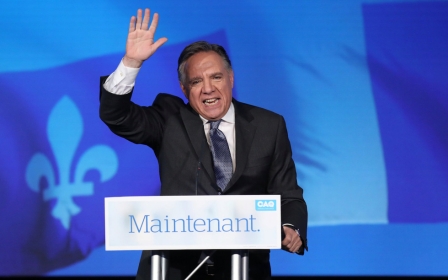