“We are getting a far lesser deal than the one we could have gotten before Prime Minister Netanyahu voyaged to Congress last March,” Lapid said (AFP)
By
James Reinl

NEW YORK, United States – Israel is being short-changed on its 10-year military aid package with the United States, and it is because of Prime Minister Benjamin Netanyahu's behaviour, one of his political challengers said on Tuesday.

Yair Lapid, who leads Israel’s centrist Yesh Atid party, said the yearly aid of as much as $3.8bn that Israel is likely to get would have been bigger had Netanyahu not created such a ruckus over Washington’s nuclear agreement with Iran.

“We are getting a far lesser deal than the one we could have gotten before Prime Minister Netanyahu voyaged to Congress last March,” said Lapid, referring to a 2015 speech that was widely viewed as an embarrassing rebuke to US President Barack Obama.

Instead of grandstanding over the Iran nuclear deal, Netanyahu could have brokered some kind of “compensation package” from Washington for as much as $5bn each year to recompense Israel for its security losses, Lapid said.

The 10-year US-Israel military aid package is an “almost done deal” that will be “signed in the coming days,” although it may not be unveiled until Netanyahu attends the annual UN General Assembly in New York in mid-September, Lapid said.

The anticipated $3.8bn sum is “a lot, but it is far less expensive than handling another American war in the Middle East or building another carrier that has to be in the Mediterranean. Israel is some sort of front base of democratic values in the Middle East,” he said.

The current Memorandum of Understanding (MOU), signed in 2007 and set to end in 2018, gave Israel some $30bn in so-called foreign military financing. US officials describe the new MOU as the “largest single pledge of military assistance to any country in US history”.

According to analysts who spoke to Middle East Eye, there is an element of truth to Lapid’s claims, but they also suggested that he plans to challenge Netanyahu and his Likud party for the premiership the next time Israelis go to the polls.

Lapid, a former TV anchor whose Yesh Atid party champions bread-and-butter issues of the Israeli middle-class, said his party will overtake Likud in the next election and that he will become prime minister.

“Certainly, an element of politics is involved,” Michael Koplow, an analyst for the Israel Policy Forum, a think-tank, told MEE.

“Netanyahu did not do himself many favours by giving a speech before Congress. Israel had a lot more leverage before the Iran deal was concluded than it does now and … perhaps the overall number would have been higher had Israel negotiated the MOU 15 months ago.”

Jonathan Cristol, a fellow at the World Policy Institute, a New York-based research institute, disagreed. Obama’s personal feelings “would not particularly influence” the MOU and he was not likely to scold Netanyahu with a “petty” reduction in US largesse, he said.

“We cannot know whether Israel could have gotten more military aid were it not for Netanyahu’s brashness and perceived affronts, which makes it an almost ideal political line of attack for Lapid. It sounds plausible, but impossible to refute,” Cristol told MEE.

A key disagreement has been over Washington’s insistence on ending a special arrangement that has allowed Israel to spend 26.3 percent of its US defence aid on its own military industries, rather than on American products.

Israeli officials argued that the provision, which is given to no other recipient of US military aid, was needed to maintain Israel’s “qualitative military edge” against hostile neighbours, such as Iran, and that its removal would mean the loss of thousands of Israeli defence jobs.

According to Lapid, Israeli officials have relented and the dispensation is being “melted down”. Negotiators are currently deciding over what time-frame it will be “phased out,” though it will likely be between five and 10 years.

“I think it’s a mistake,” Lapid told reporters in a phone briefing.

“Eventually the US, out of friendship and generosity, will give us something in the next decade [around] $38bn, but the only thing Israelis will remember is the unemployment line … as this business is taken out of Israel and going back to the United States.”

Cristol was also critical of the change in MOU rules, saying it may represent a “jobs program for American workers”.

“Requiring that the money be spent in the US makes this a politically palatable subsidy to US arms manufacturers and defence contractors,” Cristol told MEE.

US negotiators are being “short-sighted” by leeching cash from the Israeli defence industry because it will hurt joint US-Israeli weapons schemes, such as the Arrow range of anti-ballistic missiles, that benefit both countries, he said.

The Obama administration wants a new deal before the president leaves office in January. Republican critics accuse him of not being attentive enough to Israel’s security, an allegation the White House strongly denies.

Netanyahu is understood to favour finalising the deal before Obama leaves the Oval Office, in spite of their infamously fraught personal relationship and differences over the Iran deal and settlement building on Palestinian territory.

He seeks to avoid uncertainties surrounding the policies of the next president, whether Democrat Hillary Clinton or Republican Donald Trump, Koplow told MEE. He also wants to give Israel’s defence establishment the ability to plan ahead. 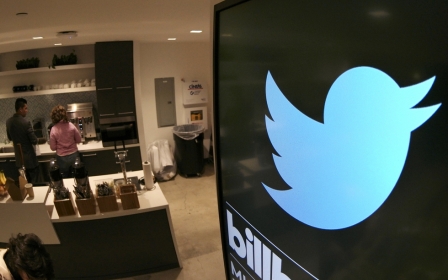 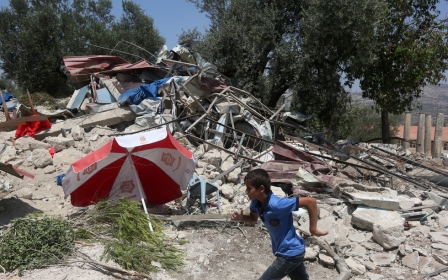