Netanyahu hits back at French calls for renewed peace talks Israeli Prime Minister Benjamin Netanyahu has hit back at French calls for a renewed Middle East peace drive, saying the plan was a “dictate” that would hurt Israel’s security.

"They are trying to push us to borders that aren't subject to protection while completely ignoring what will be on the other side of the border," Netanyahu said. "We're unfortunately experiencing these outcomes from the Gaza Strip and Lebanon.

"We firmly reject attempts to impose international dictates on us, for the sake of security and peace."

Fabius is due to meet with Netanyahu on Sunday, with the two expected to lock horns over the French announcement. Under the French initiative, the Israelis and Palestinians would be required to reach a deal within 18 months based around 1967 borders. If this is not reached, then France would unilaterally recognise the Palestinian state. The French parliament voted to recognise Palestine last December, but the vote was largely symbolic and was non-binding.

"What's important is that negotiations restart," Fabius told reporters during a visit to Cairo, where he held what he said were intensive talks with Egyptian officials on the Israeli-Palestinian peace process.

"We need Israel's security to be totally assured, that is essential, but at the same time we need the rights of the Palestinians to be recognised because without justice there can be no peace," Fabius said.

"From this point of view, when settlement building continues, [the prospect of] a two-state solution recedes."

Relations between France and Israel have been strained for the past year. In addition to the vote to recognise Palestine, the French government was a vocal critic of Israel's attack on Gaza last summer.

Earlier this month, Stephane Richard, CEO of French telecoms giant Orange, also stirred controversy by making comments that appeared to suggest he endorsed the Palestinian-supporting boycott and divestment movement, although he quickly said that this was taken out of context and apologised saying that his company “loved Israel”, where it has operations.

Fabius has spoken out strongly against boycotts of Israel, but it is unclear whether this will be enough to smooth over relations in light of yesterday’s comments about the peace talks, with Israeli media speculating that Sunday’s meeting between the two politicians will be strained.

Peace talks between Israel and the Palestinians have been comatose since a major US push for a final deal ended in failure in April 2014.

Israel says the process failed because the Palestinians refused to accept a US framework document outlining the way forward.

The Palestinians blame the collapse on Israel's settlement building and the government's refusal to release long-held prisoners.

The relationship between Palestinians and Israel remains severely strained, with low-level violence occurring regularly and larger clashes breaking out sporadically.

On Sunday, a Palestinian man stabbed an Israeli police guard in the neck in Jerusalem’s Old City. The guard then shot the attacker before collapsing. Both men are believed to be in critical condition.

According to an Israel Police spokesperson, the perpetrator was an 18-year-old Palestinian who lives in the West Bank.

The stabbing is the latest in a string of similar attacks. In late May, two Israeli youths were stabbed at the Damascus Gate, the site of Sunday’s attack.

On Friday, an Israeli was shot dead and another wounded in the West Bank. Hamas’ military arm later took responsibility for the killing.

Israeli forces meanwhile have continued their operations in the West Bank, shooting and seriously injuring a 15-year-old Palestinian during clashes near Ramallah.

According to residents, the clashes broke out after Israeli soldiers deployed around the Israeli settlement of Psagot. All Israeli West Bank settlements are considered illegal under international law, although Israel contests this.

The UN Office for the Coordination of Humanitarian Affairs says that Israeli forces on average injure 39 Palestinians every week. So far this year they have also killed 13 Palestinians, including two this month. 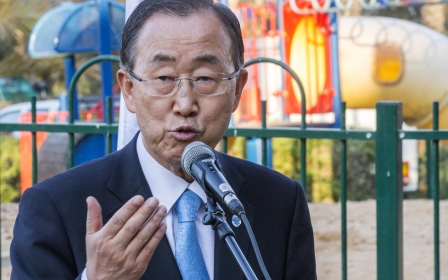