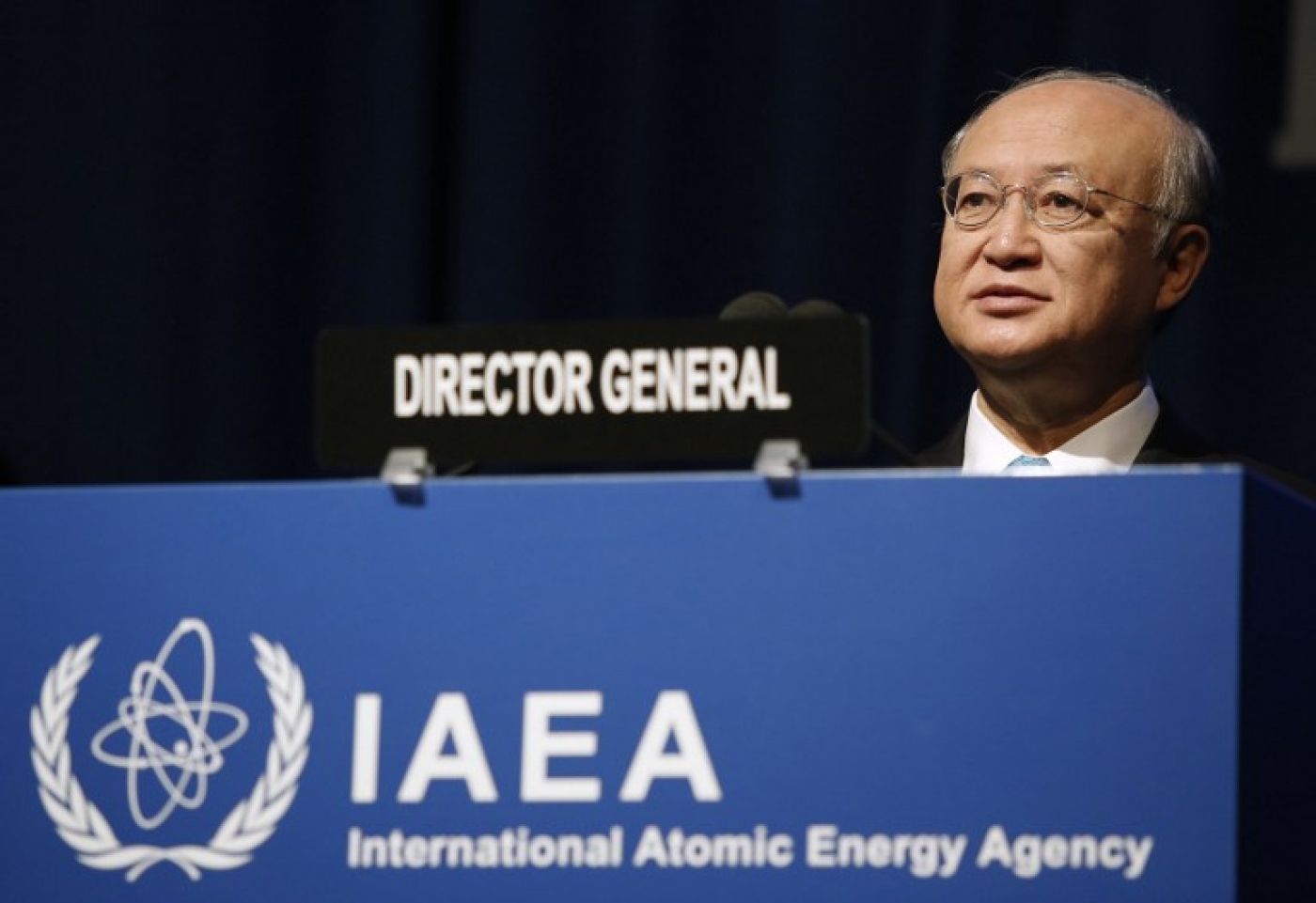 A resolution calling for nuclear inspections in Israel has been defeated by 13 votes at the International Atomic Energy Agency.

The US, Britain, France and Germany were among the 58 members to vote against the measure at the agency’s General Assembly in Vienna while 27 countries abstained.

The proposal called for the opening of Israel's nuclear facilities to IAEA inspection and Israel signing the Nuclear Non-Proliferation Treaty.

He said: "Arab states will decide to continue efforts on nuclear inspection over Israel."

The same proposal has been previously rejected three times in the past five years.

Israel refuses to sign the non-proliferation treaty despite calls from the UN and the IAEA for it to do so. It has never confirmed or denied owning nuclear weapons but is widely believed to possess them.

Meanwhile, Turkey has denied media claims that it is planning to develop nuclear weapons.

Following allegations in German newspaper Die Welt that Turkey is seeking to acquire enriched uranium, the Turkish Foreign Ministry spokesman Tanju Bilgic said in a statement on Thursday: "The claims published in Die Welt on 21 September have nothing to do with the truth.

"Turkey attaches great importance to issues of arms control and disarmament and is a party to all relevant international treaties and conventions including, in particular, the treaty on non-proliferation of nuclear weapons. It is also an active participant in international efforts in these areas.”

He added that Turkey strongly adhered to the peaceful use of nuclear energy within the framework of the treaty.

Due to Turkey’s proximity to “regions posing high risks of proliferation of weapons of mass destruction” it has prioritised turning the Middle East into a “WMD-free zone,” the statement added, calling for a conference on establishing the zone “at the earliest.”

During the United Nations General Assembly meeting on Thursday, Iranian President Hassan Rouhani made an address to the delegates expressing positivity towards the on-going nuclear peace talks with P5+1.

"We are determined to continue negotiations with our interlocutors in earnest and good faith, based on mutual respect and confidence," he said. "Any delay in arriving at a final agreement only raises the costs."