Obama and Putin in standoff on Syria at G20 summit

The leaders met one on one at the G20 summit in China, but failed to make progress in the ongoing crisis in Syria 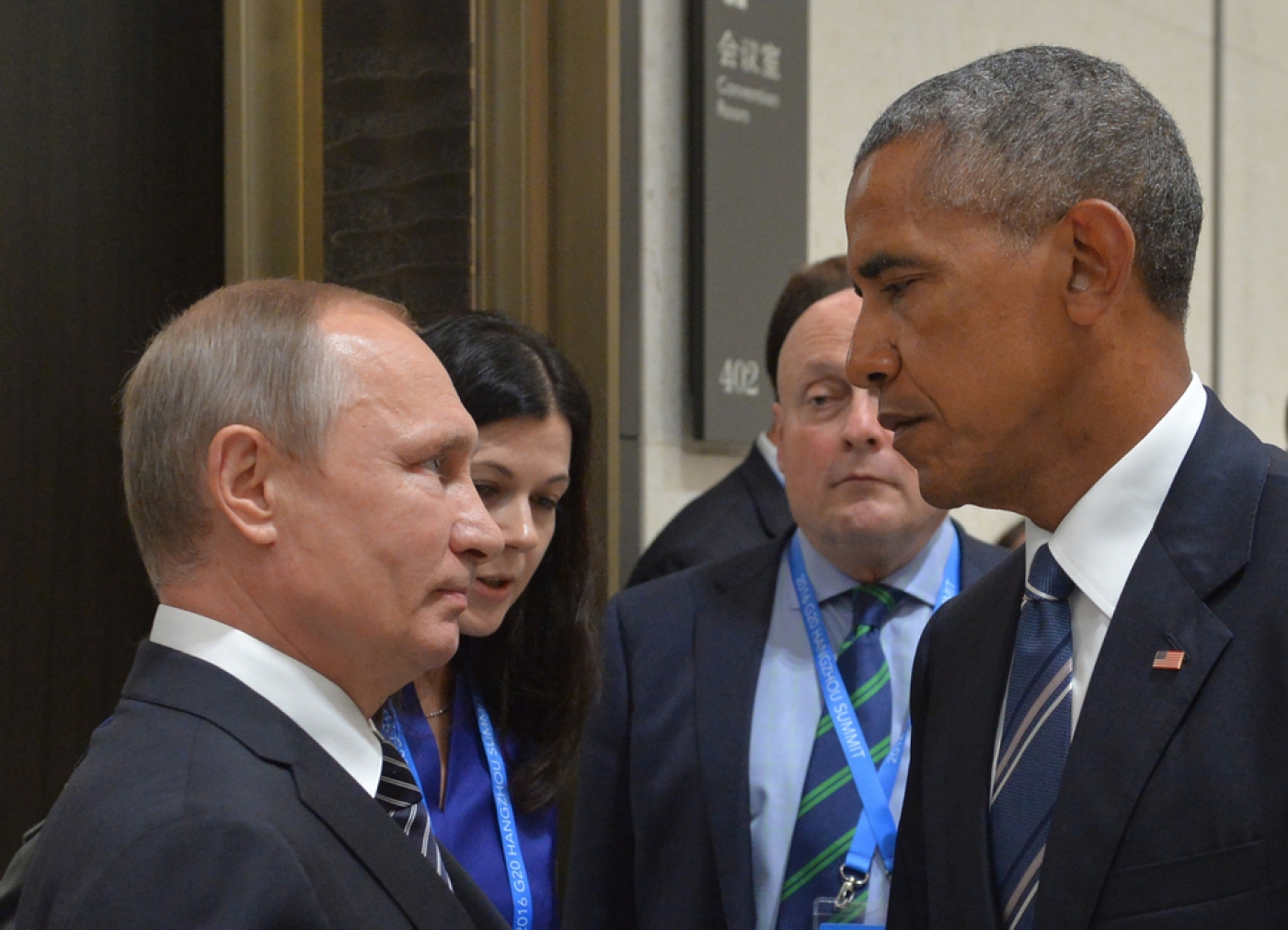 Putin and Obama both described the meeting as cordial, despite disagreements and tense body language (AFP)
By
Areeb Ullah

US President Barack Obama and Russian President Vladimir Putin had a tense meeting on the sidelines of the G20 summit on Sunday in a bid to resolve the ongoing crisis in Syria.

The pair spoke for more than 90 minutes in what Obama described as a "candid, blunt, business-like meeting". However, they could not reach a deal to ease fighting in the war-torn region.

Both the US and Russia have been on opposing sides of the five-year long civil war that has led to hundreds of thousands of Syrians being killed, internally displaced and forced to leave the country.

Russia has shown support for the Syrian government, while the US has bolstered pro-democracy and Kurdish groups on the ground in its campaign against the Islamic State (IS) group.

The hostilities reached a flashpoint when Obama nearly launched air strikes against the Syrian government in 2013 after evidence emerged of sarin gas being used against civilians living in the Damascus suburb of Ghouta. However, plans for air strikes were rescinded after an agreement was negotiated by Russia for the Syrian government to destroy its stockpile of chemical weapons.

The unofficial meeting between Barack Obama and Vladimir Putin had been highly anticipated, with many commentators hoping the discussion would lead to solutions being drawn up to end the civil war.

Behind the scenes, Secretary of State John Kerry and Russian Foreign Minister Sergey Lavrov had been trying to broker a deal for weeks that would curb the violence between Assad's government forces and rebel soldiers backed by the US.

Numerous commentators and outlets described the body language of Putin and Obama as tense and standoffish during the meeting.

Despite this, both leaders described what will probably be their last encounter, as Obama prepares to hand his presidency to Donald Trump or Hillary Clinton.

Obama said in a press conference on Sunday evening that leaders from both parties had worked round the clock to strike a deal but were just “not there yet”.

Describing the talks with Putin as “cordial,” the key topic of discussion was “finding a way to institute [a] meaningful and seriously verifiable cessation of hostilities in Syria”.

Putin also described the meeting with Obama as productive and believed a deal with the Americans could be done in a matter of days.

The Russian leader told the media that he and Obama had found common ground, but refrained from commenting further as he felt any announcement at this stage was premature.

“We could at least for a period of time agree on mutual and active efforts to recover the situation in Syria,” said Putin as he addressed the global summit in China.

Turkish President Recep Tayyip Erdogan meanwhile renewed calls for a “no-fly zone” to be implemented over Syria, as Turkish forces continue to battle with the YPG and militants loyal to the Islamic State (IS) group.

Speaking at the gathering, Erdogan also urged world powers to set up a “safe zone in Syria” that would provide an area free from fighting and help stem the flow of refugees.

Since its intervention in Syria, Turkey has managed to take control of key towns and cities that were under the control of IS.

With the help of rebels from the Free Syrian Army (FSA), the Turks have also controversially pushed back Kurdish forces across the Euphrates in a bid to take further control of territory.

German Chancellor Angela Merkel had hoped that Russia and America could reach an agreement to create a ceasefire that would allow humanitarian aid to be delivered.

She stressed that Putin's support was vital in any agreement that would ensure relief will reach rebel-held areas in the eastern parts of Aleppo city.

The failure to reach any agreement between major powers comes as the Syrian government renewed its siege of Aleppo over the weekend.

Residents in the city of Sukary told Middle East Eye that barrel bombs had hit buildings killing at least six members of one family.

“Despite government bombardment of the city, people are still coming out looking for bread and anything they can get their hands on to survive the day," said Zohar al-Shimale, an Aleppo resident and contributor to MEE. 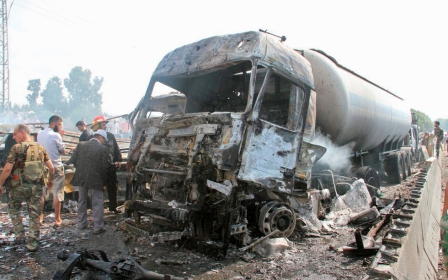 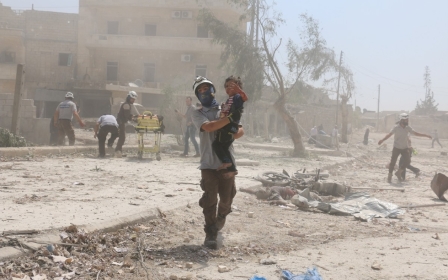