Sultan Qaboos, who after 43 years in charge is the Arab world's longest-serving leader (AFP)
By
MEE and agencies

Oman's royal court sought to reassure the nation on Thursday about the health of 73-year-old ruler Sultan Qaboos who has been undergoing treatment in Germany for almost three months.

"The sultan is in good health and continuing to follow the medical treatment he has been prescribed and which, with the help of God, will produce the required results.”

The announcement came in a statement marking the Muslim feast of Eid al-Adha that starts on Saturday.

The announcement means that the Sultan will not be returning to Oman to mark the festival there, news which has caused consternation among some.

This year is NOT good for me because The Sultan of #Oman is not here with us. I miss you Papa #Qaboos

In response to the news, Omanis began tweeting on the hashtag #QaboosOurEidIsWithYouInGermany.

Sultan Qaboos, who in November will mark 44 years as ruler of the Gulf state, wanted to congratulate to all Omanis on the festival, the royal court said.

Omani authorities have said that Qaboos travelled to Germany on 9 July on a "private visit" for unspecified "medical tests.”

According to a diplomatic source in Muscat, the sultan, who has ruled Oman since overthrowing his father in a bloodless July 1970 coup, is suffering from colon cancer.

Lebanese daily al-Jadid reported in August that Qaboos’s health had deteriorated, and that he had been unable to move independently for seven months after the cancer spread to other parts of his body.

There is now much speculation as to who will succeed Qaboos in the event of his death, who is unmarried and has no children or brothers.

Succession guidelines in Oman stipulate that the ruling family must choose a successor within three days of the position becoming empty.

In October 2011 Qaboos amended the process of choosing a successor, appointing five top officials to a council that would be involved in confirming the new sultan in case of any royal family dispute.

Qaboos has since transformed his Gulf sultanate - which sits atop proven gas reserves of 660 million cubic metres (23.3 billion cubic feet) - into a modern state.

Qaboos is now counted as the longest-ruling leader in the Arab world, after over two decades in power.

Educated at Harrow School, a prominent private school in London, he then went on to study military sciences at the Sandhurst royal Military Academy. 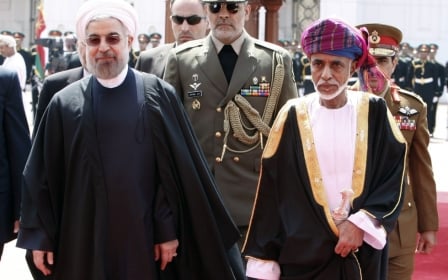