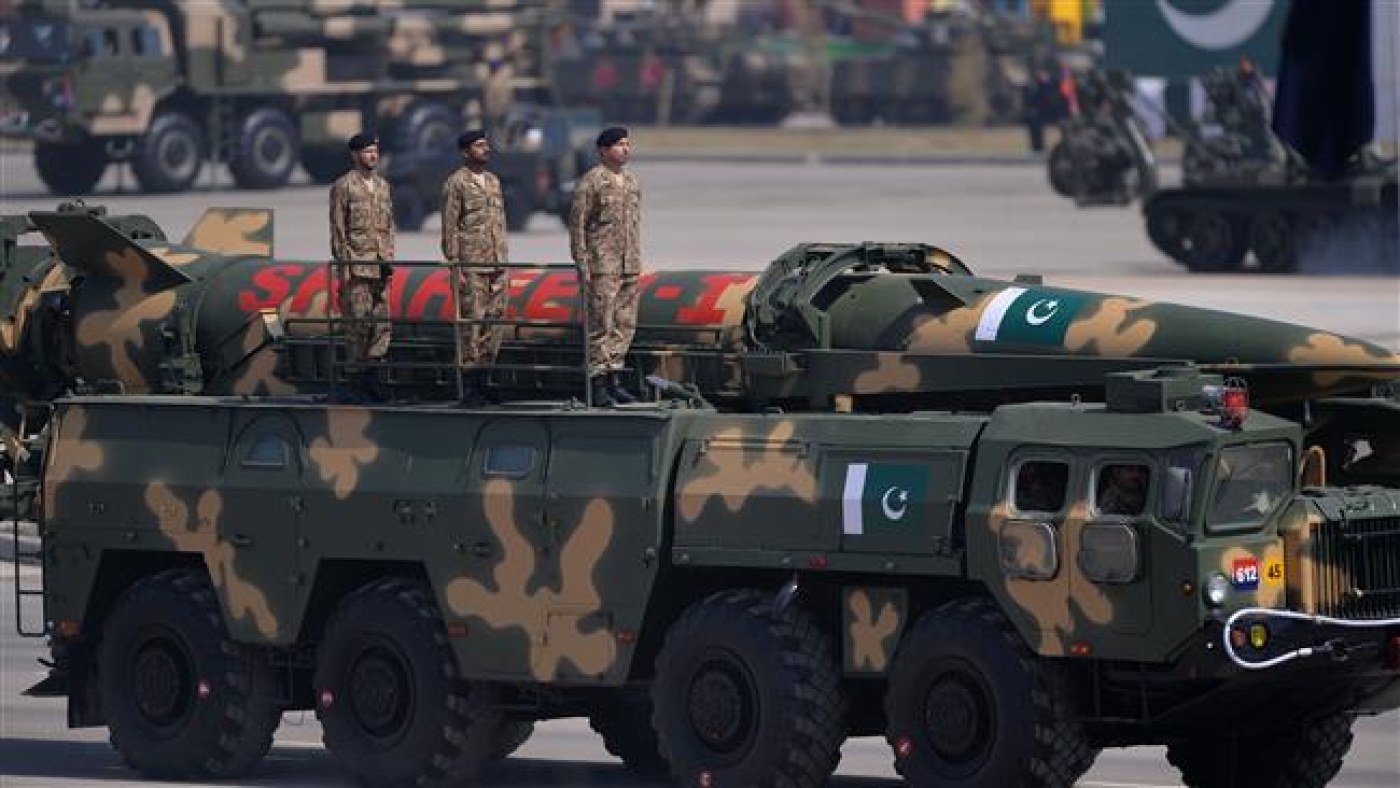 The fake news report, which appeared on a website called AWDnews on 20 December, misquoted former Israeli defence minister Moshe Yaalon as saying that Israel would destroy Pakistan should it send ground troops to Syria to battle the Islamic State (IS) group, also known by its Arabic acronym Daesh.

Despite the news report being fake, it prompted Pakistani Defence Minister Khawaja Asif to "remind" Israel that Pakistan was a nuclear state.

In the tweet posted from his personal account on Friday, the defence minister said: "Israeli defence minister threatens nuclear retaliation presuming Pakistani role in Syria against Daesh. Israel forgets Pakistan is a nuclear state too."

Israeli, which has never publicly acknowledged its nuclear programme, hit back via Twitter and told Asif that the statement supposedly made by the former defence minister on AWD news "was never said".

With Yaalon not being a member of the Israeli government since May and Israel remaining neutral on the Syrian civil war, the report was also dubbed by many commentators as being fake and not accurate.

Israeli journalist Oded Yaron told Haaretz on Sunday that these two facts alone "are enough to debunk the report".

AWD news has a track record of misreporting stories.

According to fact-checking site Snopes.com, AWD has a record of promoting "conspiracy theory to create alarming [and thus clickable and shareable] stories".

Earlier this year it reported that the Jordanian king had murdered his wife, Queen Rania, and it once claimed that the CIA was behind an assasination attempt on Trump.

Both Pakistan and Israel have armed nuclear weapons but are not recognised as nuclear states by the Nuclear Non-Proliferation Treaty (NPT).

Other nations that have armed nuclear weapons but are not recognised by the NPT include India and North Korea.

Israel has never officially admitted to having nuclear weapons and has repeatedly said that it would not be the first country in the Middle East to "introduce" nuclear weapons to the region.