Schools, institutions and most businesses were shut down during strike Palestinian Arab towns in Israel went on strike on Thursday in protest against the decision by Israeli Defence Minister Moshe Yaalon to outlaw the northern branch of the Islamic Movement.

Schools and official institutions linked to the Arab municipalities were closed down for the whole day.

The strike was organised by the Higher Arab Monitoring Committee, which also called for large protests to take place on Saturday on key roads. The committee has called for a mass protest on 28 November, and denounced Yaalon’s decision as a policy of political persecution aimed at silencing all the Palestinian political movements and parties and their representatives.

Israeli security forces raided the offices of the movement on Tuesday and confiscated files and computers, accusing it of inciting violence at Jerusalem’s al-Aqsa mosque compound that has escalated into weeks of deadly unrest.

"The decision was made by the cabinet two weeks ago, yet it was declared publicly only on Monday," Basel Ghattas, a member of the Israeli Knesset for the Joint List, wrote in a column for MEE.

"The timing was chosen as the most convenient for Netanyahu when the whole world is concerned with the Paris terrorist attacks and the escalating worldwide war on the ISIS," he added, using a different acronym for IS.

"The very fact that the Shabak (Israeli intelligence service) didn't support this decision to ban the movement taken by the cabinet emphasises the fact that it was a political decision made for internal purposes."

The Northern Islamic Movement is a political and religious popular movement with a large network of local and national community-based organisations that also provides social services.

“Any person who belongs to this organisation or who provides services to it or who acts within its framework is henceforth committing a criminal offence punishable by a prison sentence,” an Israeli government statement said.

The movement's leader, Sheikh Raed Salah, denounced the decision to ban the group. In a statement, he declared that the movement would continue to "exist as a long-lasting mission and will prevail on its principles it was founded upon, namely Jerusalem and the blessed al-Aqsa Mosque".

Salah was recently sentenced to 11 months in jail on charges of inciting violence at the mosque compound in a 2007 speech. His lawyers have appealed the sentence.

Seventeen other Palestinian Arab associated organisations were also targeted, from Beersheba to Umm al-Fahem, Kafr Kanna and Jaffa, which are all linked to the Islamic Movement.

Kamal Khatib, the deputy head of the Islamic movement, told Middle East Eye how the Israeli government’s decision targets the not just the leaders but the various organisations and associations that provide for their community.

“It is not just punishing the political position of the Islamic movement through its stance on Jerusalem and the al-Aqsa compound,” Khatib said. “It is a punishment for the humanitarian services that the movement provides.”

“We are talking about organisations and societies that provides educational, religious, health and charitable services,” he added. “There is an organisation in the Naqab that offers services to houses that are not connected to the water and electricity grids. It also looks after children in the villages are not recognised by Israel.”

However, some Palestinians criticised the strike as being toothless because it is not backed by explicit actions such as protests. Others pointed to the fact that many businesses did not adhere to the strike and remained open.

“Whoever is saying that the strikes are widespread tell them that they are flat out lying,” one Twitter user wrote in Arabic. “People are working and shops are open. No one is striking except for the schoolchildren who are wandering in the streets.”

But Khatib said that the strike today was just the first in a series of planned actions by the Higher Arab Monitoring Committee in response to the “unjust, oppressive decision” of the Israeli government to ban the Islamic movement.

“The general strike today was very successful,” he said. 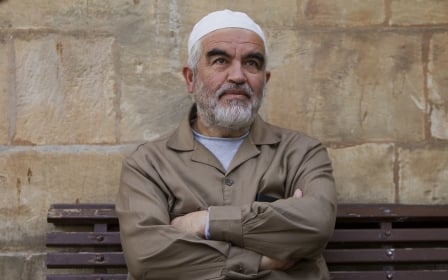