Two attempted stabbings by Palestinians near illegal Israeli settlements in the occupied West Bank on Tuesday left one attacker shot dead and the other wounded, the Israeli military and police said.

The first incident occurred near the Gush Etzion bloc of settlements south of Jerusalem, the site of a series of recent attacks.

A Palestinian brandishing a knife attempted to stab a pedestrian at a junction near the settlement bloc and was shot dead by an Israeli soldier, police and the army said.

Later in the day, in the northern West Bank, a Palestinian woman who allegedly sought to carry out a stabbing near the Israeli settlement of Einav was shot.

Palestinian police sources identified her as 19-year-old Maram Hassouna, a university student in Nablus who had previously served two years in prison for another attempted knife attack.

Violence since 1 October has left 102 dead on the Palestinian side, including an Arab Israeli, as well as 17 Israelis, an American and an Eritrean.

Many of the Palestinians killed have been attackers, while others have been shot dead by Israeli security forces during clashes.

The international community has repeatedly called for moves to reduce tensions but Israeli Prime Minister Benjamin Netanyahu has vowed to step up punitive measures.

The Palestine Liberation Organisation's secretary general, Saeb Erekat, has said that it could soon move forward on changing longstanding links with Israel, including security coordination, if Netanyahu's government does not take steps toward peace.

There has been speculation that such moves could lead to the collapse of the Palestinian Authority, the governing administration set up in the 1990s under the landmark Oslo accords.

During a visit to Paris on Monday for a global climate summit, Netanyahu told Israeli reporters that he did not want to see the collapse of the Palestinian Authority as it could further empower Palestinian hardliners, such as Islamist movement Hamas.

The Palestinian Authority is dominated by Abbas's Fatah party.

"The fact that there's now a bad alternative (the PA) doesn't mean that we won't get a worse alternative," Israeli daily Haaretz quoted Netanyahu as saying.

"But there has to be a change in the PA leadership's behaviour."

Netanyahu and Abbas shook hands at the summit in Paris, but no substantial talks were reported and both sides played down the importance of the brief encounter.

US Secretary of State John Kerry visited last week for separate talks with Netanyahu and Abbas, but left without achieving a breakthrough.

After returning to the United States, Kerry said the conflict was at a "pivotal point" and expressed concern over "the potential for the situation to spin out of control."

Tuesday's violence also came a day after a Jerusalem court found two Israelis guilty of the burning alive of a Palestinian teen in the run-up to last year's Gaza war, but held off on convicting the alleged ringleader.

The third defendant, a 31-year-old Israeli settler, was found to have committed the crime, but the court delayed convicting him after his lawyers submitted a report in recent days arguing his mental state meant he was not responsible for his actions.

The report will now have to be evaluated, with a new hearing set for December 20.

Palestinians and the victim's family harshly criticised the delay.

Mohammed Abu Khdeir, 16, was abducted and killed in July 2014, weeks after the kidnap and murder of three Israeli teenagers in the West Bank. 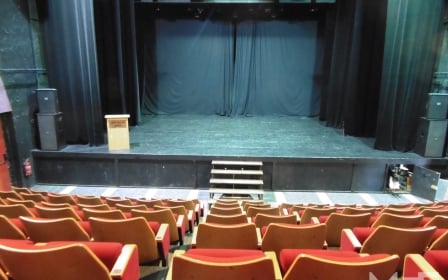