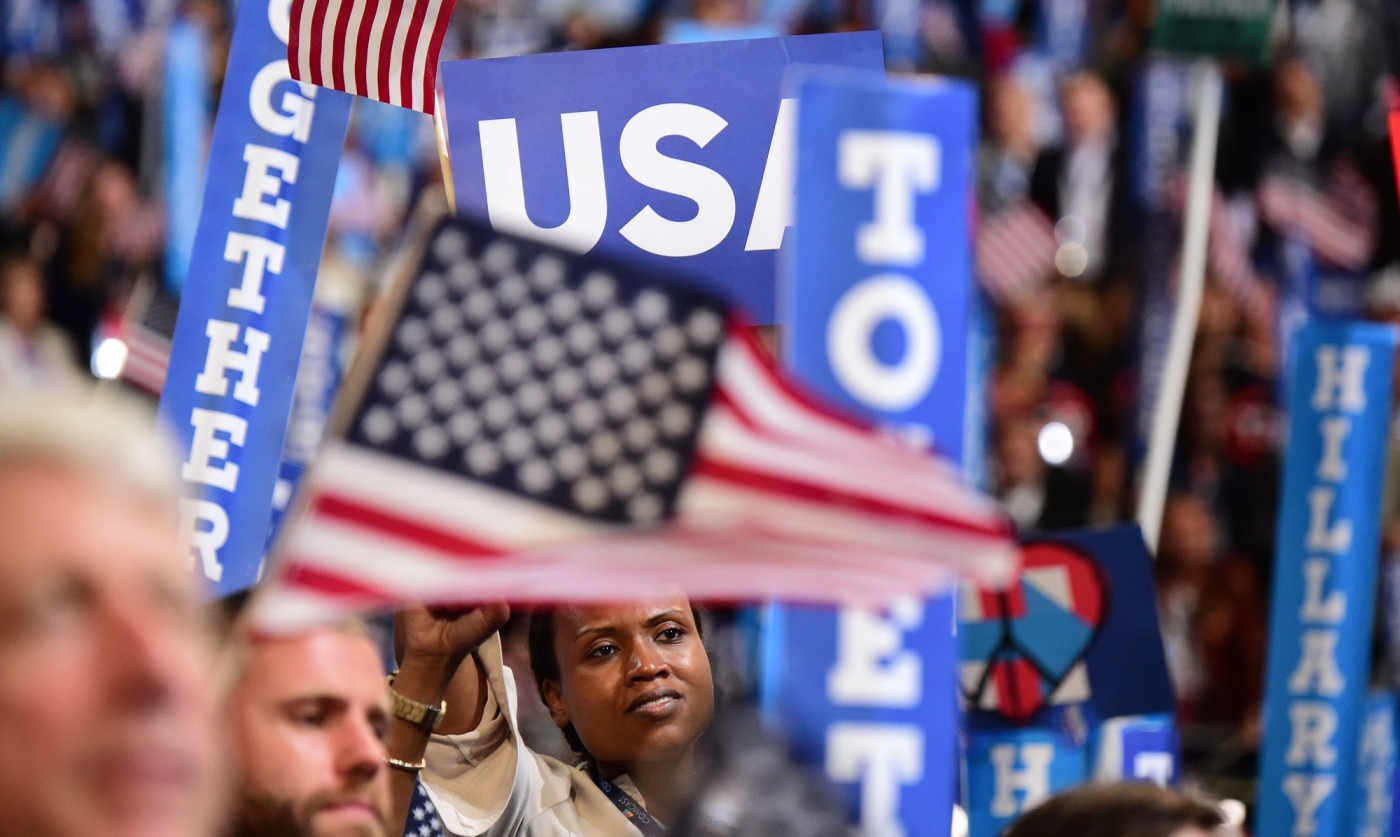 A group of Palestinian-American Democratic national delegates has decried the party's platform-drafting process, which they said was marred by "lack of transparency, bias and censorship" of their input.

In a statement sent to Middle East Eye on Thursday, the seven delegates to the Democratic National Convention said the party had dismissed the input of Palestinian Americans, making them "merely observers on matters that directly impact our lives and the lives of our families".

"We feel that the biased language has been pre-drafted and pre-determined behind closed doors without our involvement or knowledge and has stripped away Palestinian agency," the delegates said.

Their statement comes days after the platform committee rejected amendments that would have acknowledged the occupation of Palestinian territories and stressed that US aid to Israel should not be used to facilitate annexation or violate Palestinians' human rights.

"Our various submissions throughout the process went unnoticed or were deliberately ignored," the Palestinian delegates said.

The platform committee had been meeting virtually because of the spread of the coronavirus. On 15 July, a panel produced an 80-page draft platform that was not released until the following week. But during that time, the section on the Israel-Palestine was leaked to various media outlets, making it clear that the platform did not mention the occupation.

"Democrats believe a strong, secure, and democratic Israel is vital to the interests of the United States. Our commitment to Israel’s security, its qualitative military edge, its right to defend itself, and the 2016 Memorandum of Understanding is ironclad," the draft said.

"Democrats recognize the worth of every Israeli and every Palestinian. That's why we will work to help bring to an end a conflict that has brought so much pain to so many."

While it rejects annexation and "settlement expansion", the draft also states that Jerusalem should remain the "undivided" capital of Israel - effectively denying Palestinians' claims to a section of the holy city.

The Palestinian-American delegates said they only had hours to submit amendments to the document after its release.

A push for a balanced approach to the conflict in the platform started months ago. In May, dozens of former national security officials, including many former aides to Barack Obama, penned a letter urging the party to voice "clear opposition" to the occupation.

Earlier this month, 220 Democratic delegates from across the country sent a letter to the platform committee calling for withholding aid to Israel if it proceeded with its plans to annex parts of the West Bank. The Palestinian-American delegates also sent a letter to the Democratic National Committee (DNC) last week, calling on the party to revise the pro-Israel language in the draft.

"The Democratic Party’s continued marginalization of our people, blind support for the oppression of our families, and the incessant insults to our and voters' moral sensibilities jeopardize our ability to inspire and mobilize the Palestinian American, Arab American and allies in our communities in support of this party and its candidates," the letter said.

The platform usually mirrors the views of the party's nominee.

Joe Biden's campaign has tried to address activists' concerns around Palestine through outreach efforts to Arabs, Muslims and Palestinians. But advocates say the presumptive Democratic nominee has not adequately elaborated how his administration would deal with the occupation and settlements.

In June, several Palestinian-Americans staged a virtual walk-out during a meeting with a Biden adviser, arguing that his campaign was not taking seriously the concerns of Palestinians.

The platform, a non-binding set of priorities that outline the party's policies, is set to be ratified at the Democratic National Convention next month. The document adopts progressive positions on many issues, including immigration and racial justice.

The Palestinian-American delegates had submitted six amendments to the platform, but only three went up for a vote on Monday.

Ahead of the vote, former ambassador to Israel Dan Shapiro and ex-diplomat Wendy Sherman - both Biden supporters - urged the committee to vote against the amendments to preserve party unity. The statements by the Palestinian-American delegates called the suggestion of Shapiro and Sherman "unconscionable".

"Party unity should not come at the expense of the oppressed, but should coalesce around the democratic principles and human rights the party claims to champion," it said.

The DNC did not respond to MEE's request for comment by time of publication.

In their statements, the delegates vowed to continue organising and pushing the party to uphold the human rights of Palestinians.

"As our movement for Palestinian rights and for human rights for all people continues to grow, we will continue to fight for a just, equitable solution in which the voices of our most marginalized can be heard," they said.

"We look forward to pushing the Democratic Party to uphold its stated values and truly champion human rights, to acknowledge and support Palestinians’ right to freedom and equality, both during and after this presidential election." 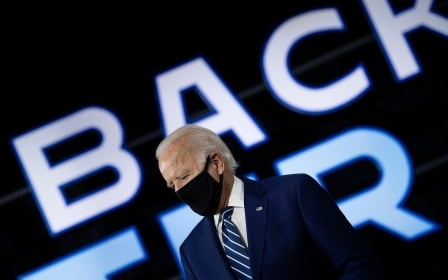