Palestinians: Trump reneged on his promises and stabbed us in the back

Relationship with Trump was promising until he recognised Jerusalem as Israel's capital, Palestinian envoy says 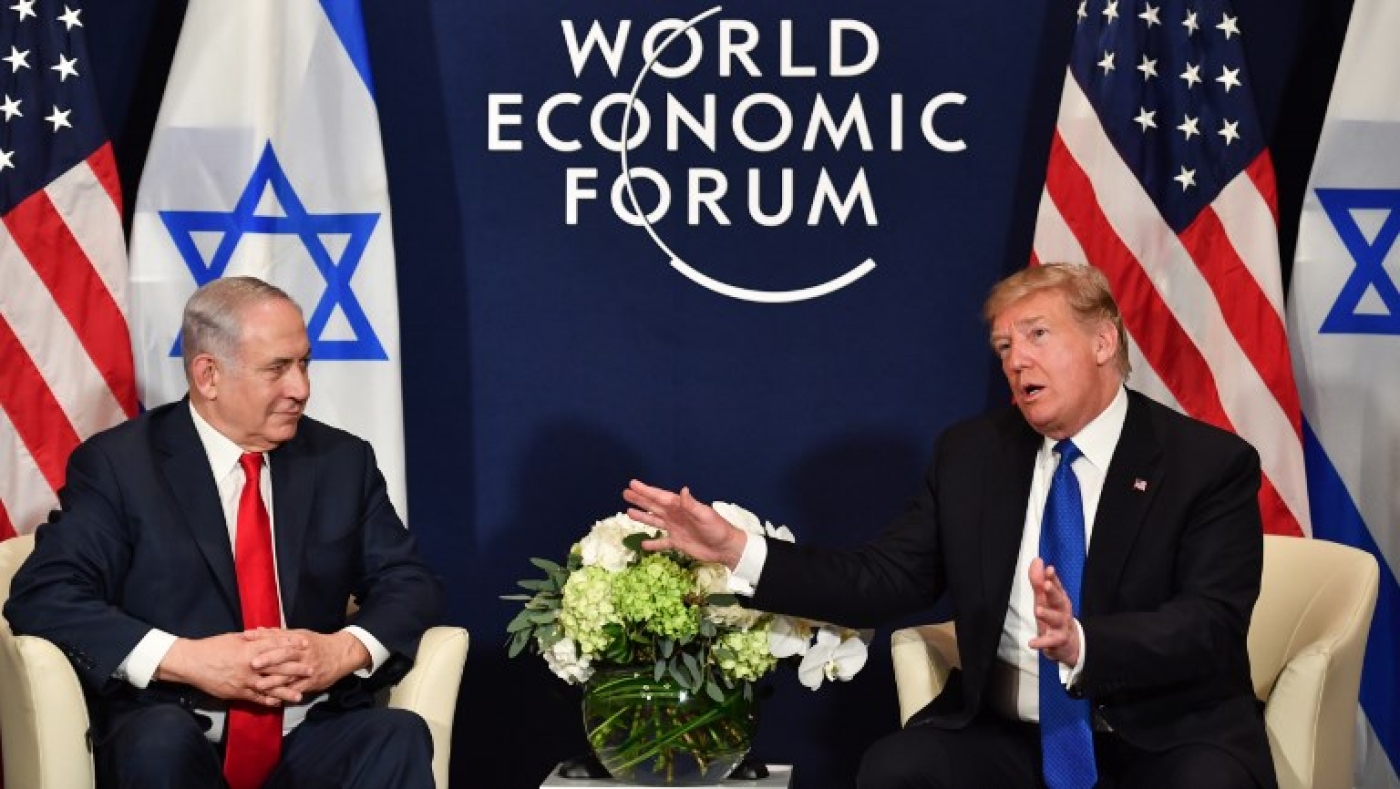 Palestinians rejected a threat from US President Donald Trump to withhold aid if they did not pursue peace with Israel, with one senior official labelling him an "oppressor" and another accusing him of "backstabbing".

Trump, speaking after a meeting with Israeli Prime Minister Benjamin Netanyahu at the World Economic Forum in Davos, said the Palestinians had snubbed the United States by not meeting Vice President Mike Pence during a recent visit. He said he hoped "sound minds" would prevail among Palestinians to pursue peace.

But then he warned: "When they disrespected us a week ago by not allowing our great vice president to see them, and we give them hundreds of millions of dollars in aid and support, tremendous numbers, numbers that nobody understands - that money is on the table and that money is not going to them unless they sit down and negotiate peace."

The Palestinians rejected his threat, and a spokesman for President Mahmoud Abbas said they would not meet with the US administration until it withdrew its recognition of Jerusalem as Israel's capital.

Another senior Palestinian official, Hanan Ashrawi, said "not meeting your oppressor is not a sign of disrespect; it is a sign of self-respect".

Last week, the US said that it would withhold at least $65m in pledged aid to UNRWA, the UN agency that provides services for Palestinian refugees.

It also threatened to make further payments conditional on other countries "stepping up to the plate" and contributing more.

During the meeting with Netanyahu in Davos, Trump tried to convince a deeply sceptical Arab world that he could still be an honest broker.

"We have a proposal for peace. It is a great proposal for the Palestinians," Trump claimed, adding that Israel would also be forced to make concessions.

But Trump also doubled down, saying he would move the US embassy to Jerusalem as soon as next year, despite no suitably sized building existing.

"We anticipate having a small version of it open sometime next year," Trump said.

POTUS re #Palestinian aid: "But the money is on the table. The money is never on the table," he said. "Bc why should we do that as a country if they're doing nothing for us? And what we want to do for them is help them." (Sorry, is there money or no money on the table?)

On Tuesday, Palestinian factions in the West Bank called a general strike to protest Pence’s visit to Jerusalem, which followed Trump’s December announcement that the US embassy would move there from Tel Aviv.

Pence began a visit to Israel on Sunday after being praised as a "great friend" by Netanyahu and shunned by the Palestinians over US recognition of Jerusalem as Israel's capital.

The Palestinian envoy to the US accused Washington of “backstabbing”, calling the decision to recognise Jerusalem a “goodbye kiss” to a longstanding commitment since the time of secretary of state James Baker (1989-92) to ensure the Holy City remains a final status issue for negotiation.

Speaking at the Middle East Institute in Washington, Husam Zomlot said President Donald Trump had “reneged on his own promises” made to the Palestinians, when he vowed to work with them on “the ultimate deal” for ending the conflict with Israel.

The Palestinian ambassador said that Washington's Jerusalem declaration came as a surprise, especially after President Mahmoud Abbas held several “successful” meetings with Trump, who vowed he would act as “a fair mediator” between the two sides.

“All our statements toward the administration until 6 December [the day Trump made his Jerusalem announcement] were positive. Despite all our concerns, we saw this administration as an opportunity,” Zomlot said.

The Palestinian leadership, he said, had had doubts, especially because of the lack of a clear statement from the Trump administration expressing explicit support for a two-state solution. But they continued to engage, Zomlot added, hoping things would change further down the line.

Speaking on the sidelines of the World Economic Forum in Davos, Trump threatened to withhold aid from the Palestinians until they agree to peace talks, saying that the US gives “hundreds of millions of dollars” to them and “that money is on the table and that money's not going to them unless they sit down and negotiate peace”.

Zomlot, who was posted as ambassador to Washington in mid-2017, denied the US ever presented a peace plan. “What negotiations are they talking about? When was there an invitation that we rejected?”

The Palestinian envoy said that the US's Jerusalem announcement, and last week's move by the Trump administration to cut aid to UNRWA, the agency that assists Palestinian refugees, is an attempt to pre-determine the outcome of the negotiations.

“Our rights are not for sale,” he said. “The world must understand this equation... Financial pressure doesn't work when it comes to national and human rights.”

Although he reiterated the PA's adherence to the two-state solution, he did mention briefly “a movement toward a one-state arrangement with equal rights for everyone” should these attempts fail to reach a solution.

Palestinians, Zomlot said, will take new steps in the coming months to “substitute” the current “framework” being used to address the conflict with Israel: reaching out to the American public, lobbying Congress, and working closely with the Israeli peace camp. He also said Palestinians would turn to European partners whose “leverage... is huge and unused”.

Dalia Hatuqa contributed to this report.