In his photo gallery, Hosam Salem pays tribute to tragic fate of Palestinian media workers as his camera lens captures the mourning of four of their families Ahed Zaqoot, a journalist for al-Kitab channel, was killed as a result for targeting his house in al-Nasser neighbourhood in Gaza city. (MEE/Hosam Salem)
By
Hosam Salem
Seventeen Palestinian who worked in the field of media have been killed during Israel's 51-day military offensive against the Gaza Strip. Their names are: 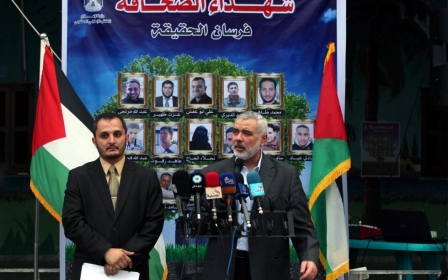