Pompeo is on his way home, and US policy in the Middle East is hazier than ever

US secretary of state rebuked Obama's policies and piled pressure on Iran, but experts say his whirlwind tour of the region revealed little 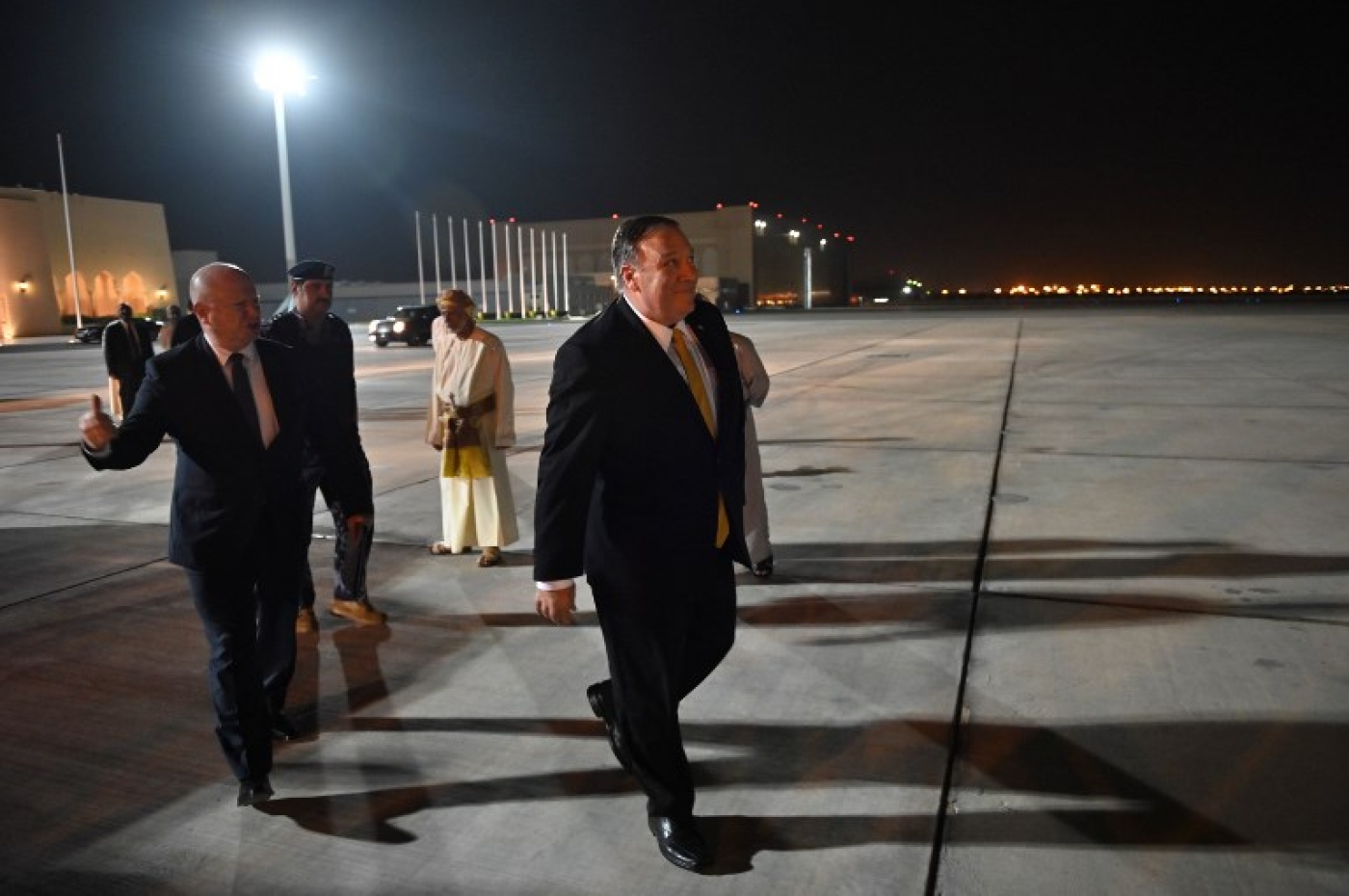 WASHINGTON, DC - He surprised the Iraqis, castigated Obama-era policies in Cairo and announced an anti-Iran conference for next month.

But as US Secretary of State Mike Pompeo returns to the United States following a seven-day tour of the Middle East, analysts say the world remains none the wiser about the direction of the Trump administration's policies in the region - if there is one.

A rational Arab government leader...might well have followed up in a face-to-face conversation by asking, 'Where's the beef?'

The State Department framed Pompeo's visit as a follow-up to Donald Trump’s summit in Riyadh in May 2017, when the US president announced billions of dollars worth of US weapons sales to the Gulf kingdom and posed around the now infamous glowing orb.

This time around, Pompeo was sent to the region carrying two main messages: The US is not pivoting away from the Middle East and Iran is the most dangerous actor in the region.

The trip was long overdue, a former State Department official told Middle East Eye, particularly since it came at a time when more than half of the countries Pompeo visited remain without US ambassadors, diluting Washington's capacity to respond to some of the world’s most entrenched conflicts.

Yet beyond rebuking the Obama administration’s Middle East policies and pushing a fierce anti-Iran agenda, observers in Washington say Pompeo's trip has solidified the impression that American policy in the region is being made on whims, subject to a rapidly revolving cabinet door and all-hours tweets from Trump.

“A rational Arab government leader, hearing Pompeo's proclamations in Cairo that the United States is not going anywhere, might well have followed up in a face-to-face conversation by asking, 'Where's the beef?'" said Tamara Cofman Wittes, a senior fellow at the Center for Middle East Policy at the Brookings Institution in Washington.

“In other words, what is Washington prepared to do to make those good intentions real? And since the president is so evidently liable to change his mind on a whim, regional leaders would have to be careful about taking any answer Pompeo gives to that question to the bank," Wittes told Middle East Eye.

John Esposito, Georgetown University professor and founding director of the Prince Alwaleed bin Talal Center for Muslim-Christian Understanding, said Trump's erratic behaviour has made it clear that "everything could change in one week or two weeks if Trump decides to say they change".

Having confidence in Pompeo, or in Trump's national security adviser John Bolton - who, the Wall Street Journal reported on Sunday, asked the Pentagon to draw up options for the US to strike Iran last year - doesn't do much to deter that feeling of uncertainty when it comes to US foreign policy under the Trump administration, Esposito told Middle East Eye.

“We have a president with no experience in international affairs, but whether one can feel confident in Bolton and Pompeo, whether anyone can feel it is going to be better, I don’t think that’s the case at all."

Sure enough, hours before it ended, Pompeo's visit to the region was overshadowed by a series of tweets late on Sunday in which Trump threatened to devastate Turkey’s economy if Ankara attacked the Kurds in Syria, while also suggesting the creation of a safe zone between the Turkish military and US-backed Syrian Democratic Forces.

Pompeo, in Saudi Arabia, his second to last stop before cutting his trip short to attend a funeral, was left to clarify what Trump’s tweets meant.

“We’ve applied sanctions in many places around the world. I assume he’s speaking about those kinds of things, but you’d have to asked him,” Pompeo told reporters.

Given the lack of meat-on-the-bone detail shared during the tour, many observers have questioned who the visit’s targeted audience was exactly, as well as its timing.

Just weeks ahead of Trump’s State of the Union, scheduled for 29 January, some surmised that the trip was designed to play to Trump’s domestic base.

If we get in the habit of saying, 'This is how it is now, what happened before is no good', it undermines our whole effort

Or, as Paul Pillar, a 28-year CIA veteran now at Georgetown University’s Center for Security Studies wrote, it may have aimed simply “to please an audience of one” - Trump himself.

David Des Roches, a former Defence Department and White House official and a professor at the National Defence University, said there was "nothing new" in what Pompeo said, describing the secretary of state's comments during the tour as clearly calibrated for Americans.

However, Des Roches questioned how effective it is for each US administration, Republican or Democrat, to paper over the grand foreign policy designs of its predecessor, as Pompeo did in Cairo.

"The US administrations shift more than the authoritarian governments of Africa, the Middle East and Eurasia," he told MEE.

"If we get in the habit of saying, 'This is how it is now, what happened before is no good', it undermines our whole effort. After all, four or eight years is almost no time in Saudi government terms. So why deal with a US policy you don't like? Just wait it out."

Imad Harb, director of research and analysis at the Arab Center Washington DC, said the tour was an opportunity for the US and its Gulf allies to convince their own respective citizenry that Iran is a threat.

But the difference this time, Harb said, is that leaders are raising the spectre of Iran in order to pave the way for normalisation between Arab countries and Israel, and as a possible prelude to the unveiling of Trump’s so-called Deal of the Century on the Palestinian-Israeli conflict.

And on Friday, Pompeo announced that he was organising an anti-Iran conference in Poland next month to which Arab foreign ministers and Netanyahu are all invited.

An MBS-Netanyahu handshake would be a major win for the Trump administration, said Harb, and the prospect of such a meeting may explain the timing of Pompeo's trip.

However, a public showing of strong Israeli-Saudi ties is not something that would go down well with people in the region, Harb said.

“The issue is how do you convince the Arabs that they should normalise with Israel? It’s exiting the window to come back through the door,” he said.

'Those voices will never disappear'

But as Pompeo praised Egyptian President Abdel Fattah al-Sisi yet made little mention of human rights or democracy, experts said his visit was also clearly a wink-wink to Arab autocrats that they can continue repressing their citizens without any concerns about US intervention.

“What in this trip was said that would threaten these countries? What was said about human rights or the danger of authoritarianism?” said Esposito.

On Monday, following a meeting with MBS and Saudi King Salman, Pompeo said he raised the issue of Khashoggi's murder investigation, but gave little detail about what the conversation entailed.

Earlier this month, a senior State Department official told reporters that the US does not believe the Saudi version of the journalist's murder is credible.

It took the Saudi government more than two weeks to acknowledge that Khashoggi was killed in the kingdom's consulate in Istanbul on 2 October. A CIA assessment in November concluded that MBS ordered Khashoggi's killing which Saudi officials have denied.

Still, Wittes said those working for democracy and human rights in the Middle East have never depended on the US to address these issues, even if some hoped for the breathing space US support could provide.

Now, "those brave voices are left entirely vulnerable to the predations of increasingly brutal autocratic regimes”, she said.

“But those voices will never disappear because the peoples of the region know they deserve better, and they know that more just, respectful, and accountable governance is possible. One day they will get it.” 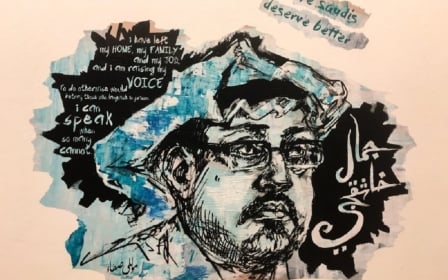