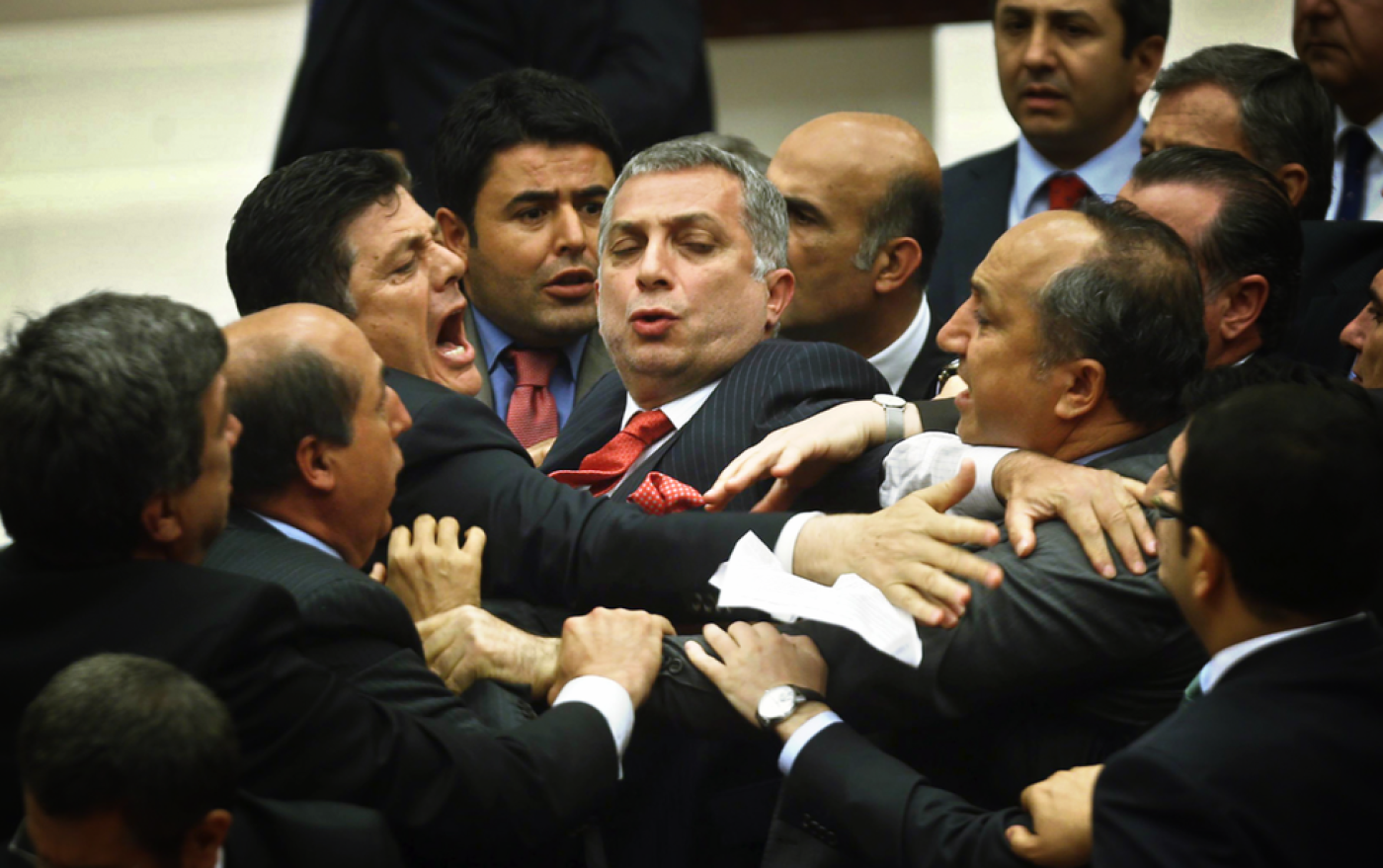 ISTANBUL, Turkey – Turkey’s main political parties have reverted to type less than three months after an attempted coup led to a united front - albeit viewed with strong mutual suspicion - with increasingly harsh attacks on each other and accusations that the president is trying to exploit the coup attempt for political gain.

The country’s main political parties had united in the wake of the 15 July events to condemn the perpetrators and to voice their unequivocal backing for democratic governance.

This culminated in a massive public rally in Istanbul on 7 August attended by the president and the leaders of most political parties, except the pro-Kurdish Peoples’ Democratic Party (HDP) which was not invited.

But Erdogan last week used a speech to local village headmen – a regular event that had been suspended since the coup attempt probably for security reasons – to lash out at the Lausanne Treaty of 1923, which defines the borders of modern Turkey.

He questioned whether that treaty which was sold to the Turkish public as a victory actually represented one, knowing full well that his comments would meet a furious response from the Republican People’s Party (CHP).

“In 1920 they showed us [the treaty of] Sevres and then in 1923 made us acquiesce to [the treaty of] Lausanne. Then some people tried to make us swallow Lausanne as if it were a victory,” Erdogan said.

The “some people” he referred to were Mustafa Kemal Ataturk and Ismet Inonu, the founder of modern Turkey and the country’s second president respectively.

Ataturk and Inonu were also the founders of the CHP, and in the past Erdogan had even referred to them as “those two drunks.”

Even Devlet Bahceli, the leader of the Nationalist Movement Party (MHP), didn’t approve of Erdogan’s remarks on the treaty of Lausanne. The MHP has been one of the staunchest backers of the AKP’s post-coup measures.

Erdogan’s remarks are just a political trick to distract the public’s focus and are nothing more than shameless, ill-informed and inappropriate, according to Idris Akyuz, a member of the CHP’s party council.

“He wants to shift the focus from the mess he and the Justice and Development Party (AKP) have created. They will do anything to try and hide their problems and their incompetency in dealing with them,” Akyuz told Middle East Eye.

“Such remarks are especially shameless when they come from the president of the republic. You cannot revise history. The treaty of Lausanne is akin to Turkey’s property deed.”

Mazhar Bagli, a professor of sociology at Konya’s Karatay University and a former AKP MP, however, told MEE that the CHP’s anger at the president’s remarks is natural but misplaced.

“Of course they will be upset. After all it reflects poorly on their party and its leader Inonu,” Bagli told MEE. “But what the CHP doesn’t understand is that the president was sending that message to the outside world and warning them that they wouldn’t succeed with a similar move on his watch.”

According to Bagli, the botched coup attempt carried out by Fethullah Gulen, a US-based Turkish preacher and his followers, had international backing from countries like the US and the UK. He said Erdogan’s message about Lausanne was directed at those countries.

“Even if the CHP chooses not to remember, the president and the AKP remember what the UK got up to and how it instigated violence when it was trying to usurp the Ottoman Empire,” said Bagli. “This message by the president was a timely reminder to them that Turkey is aware of their intentions this time around as well.”

The CHP’s Akyuz is dismissive of such theories and told MEE that the reason behind such short-lived political harmony is down to the AKP’s inability to comprehend what the post-coup unity represented.

Instead of seeing this unity as backing for democracy in the face of this blood-filled illegal attempt at a power grab, the AKP chose to see it as a green light to impose its own agenda on everyone, he said.

"The CHP stands for the rule of law and for democracy." Parliament symbolises democracy the most, and the AKP is intent on sidelining this institution to attain its own goals which is an entirely different system, he said.

“The CHP cannot and will not support this move towards an oligarchic and fascist form of governance,” said Akyuz. “The AKP is trying to rule the country through state of emergency decrees. This is unacceptable.”

Turkey issued a three-month state of emergency on 20 July and last week the country’s top security body led by Erdogan advised the government to extend it for another three months.

The state of emergency allows the government to rule through decree, which have the power of law and bypass parliament.

Erdogan, in a televised speech, even suggested that the state of emergency could be extended for more than a year if they saw the need to do so.

Observers have been suggesting that the decrees are now simply being used by the AKP to target all of its political opponents instead of just being used to root out Gulen-linked elements from state structures.

They suggest that such moves by the AKP will also hurt the fight against the Gulen movement.

Over a dozen anti-AKP leftist and pro-Kurdish media outlets have been shut down by decree in the past few weeks.

“I would find it wrong if decrees are used to target leftists or other non-violent actors,” said Bagli. “But I insist that this doesn’t apply to people or groups engaged in violence. In that case the government is right to use decrees to deal with those threats.”

Akyuz is concerned about the way the AKP is going about things in the post-coup environment.

“The CHP fully backs action against Gulen-linked people involved in the coup attempt. But it should be done within the framework of law and legality. You can’t have people being rounded up on the basis of anonymous tip-offs and without proper evidence,” he said.

They are both agreed that the post-coup spirit of political unity is over and the finger pointing has begun.

“For the first time in over a century the CHP sided with the people but didn’t like the feeling. The party’s leaders realised they would lose votes by adopting this strange new position and have reverted to their normal selves,” said Bagli.

Akyuz placed the blame at the AKP’s doorstep.

“The AKP needs to understand that people united for democracy. They didn’t risk their lives to avert one form of non-democratic governance for another.”