Revelations give the biggest insight yet into what the heir to the throne thinks about the Middle East, Muslims and Islam 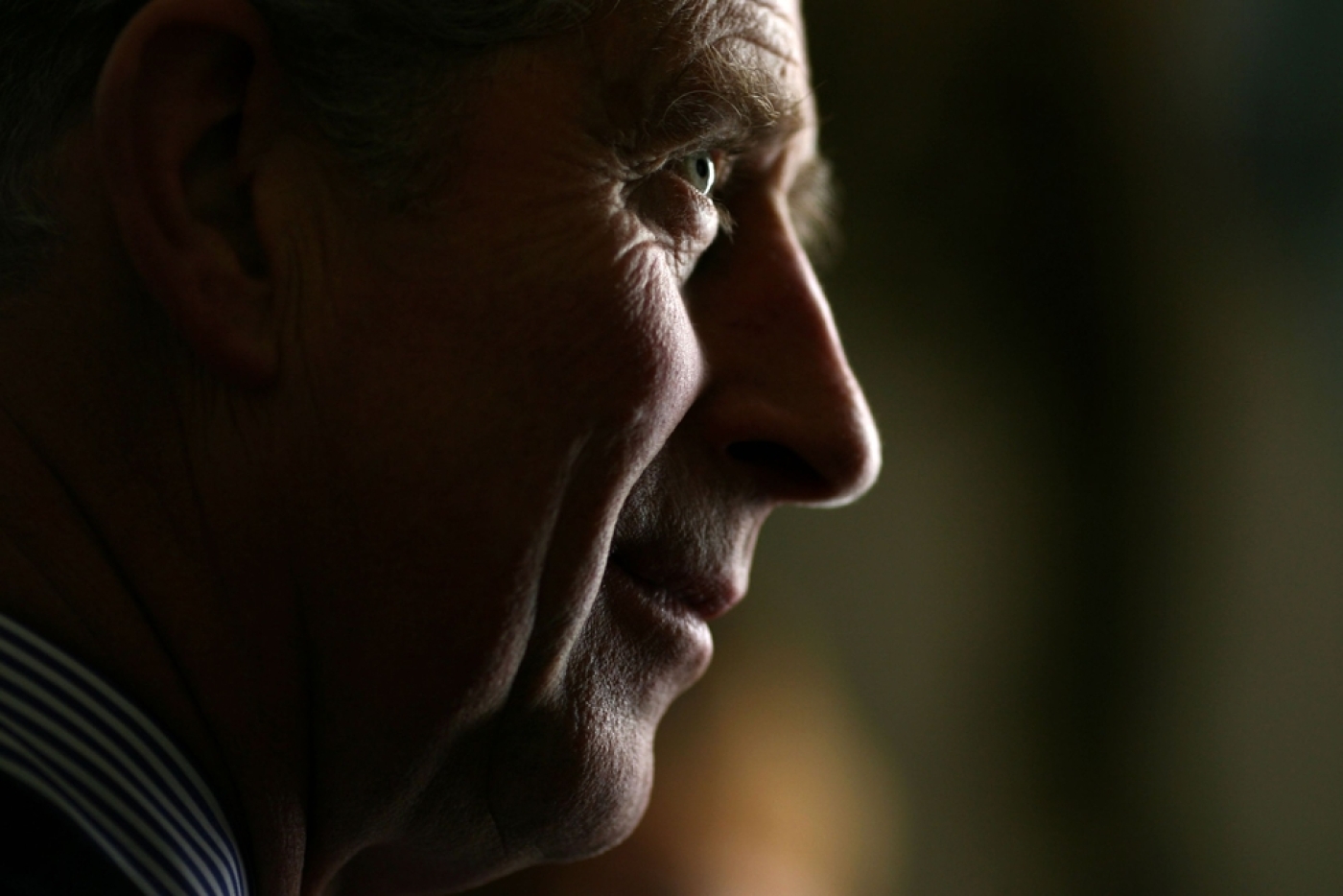 LONDON - Prince Charles, the future king of the United Kingdom, believes that the Israel-Palestine conflict is “the fundamental reason for the hostility and all the 'pent-up poison’ throughout the Islamic world”, according to a new book.

In "Charles At Seventy: Thoughts, Hopes and Dreams"​, writer Robert Jobson sets out what the prince, the second-most senior member of the British royal family, thinks about the Middle East and the West’s relationship with Islam.

Revelations include that the heir to the throne:

Charles, Jobson writes, is “determined to use his personal relationships with the Arab leaders in the Gulf to the greater good”.

The 300-page volume, published in the same month as Prince Charles marks his 70th birthday, is the most in-depth study of his beliefs since Jonathan Dimbleby’s book “Prince of Wales: A Biography” in 1994.

It’s significant because, although not an official biography, it was written with the cooperation of Clarence House, the prince’s office.

Jobson, who has met Prince Charles on many occasions, has commented extensively about the royal family for UK media as well as NBC and the 7 Network. In 2005 he was the first to break the news that Prince Charles was to marry Camilla Parker Bowles.

The book, Jobson says, spoke to “a number of sources close to the prince who have never spoken before” and reveals more than any previous volume about his relationship with the Arab world.

It explores the prince’s character, beliefs and thoughts about religion and politics in order to try and uncover what he will be like when he ascends the throne.

William was 'asked to act as a peace envoy'

The book says that Charles believes that a political solution for Palestinians is crucial to halting the problem of international terrorism. Robson writes that the prince's strong views on this subject “probably disqualified him from the role of peacemaker”.

In the book, Jobson says a courtier told him: “I have heard him [Charles] say time and again: 'Remove the poison and you remove the cause of so much of the terrorism'. It is the prince's core belief on the issue.”

His strong feelings towards the Middle East may be why his son Prince William, and not he himself, carried out the first royal visit to Israel in June 2018.

During his tour William met with Prime Minister Benjamin Netanyahu. He also visited Ramallah in the West Bank, where he spoke with Palestinian President Mahmoud Abbas.

William was also “asked to act as a peace envoy when Israel’s president asked him to take a message to the Palestinian premier”.

However, British officials “immediately stepped in and insisted that was not William’s role”, banning him from becoming “drawn into the complex politics of the region”.

The British royal family are constitutionally obliged to stay out of political issues. Freedom of Information requests by The Guardian have revealed that he has voiced opinions in the past to government ministers about farming, funding for the armed forces and alternative health among others.

But his thoughts on major foreign policy issues relating to the Middle East have never been known.

Jobson writes that Charles was a passionate opponent of the 2003 US-led invasion of Iraq, and that “in private he would undoubtedly have voiced ‘his strongest possible objections on the war’ to Tony Blair, the prime minister at the time”.

The prince, Jobson writes, was plunged into despair by Blair’s support for the invasion - and might have tried to argue against it had he been king.

Indeed, “his advice to Blair would have been to heed the warnings of Arab leaders in the region, men with whom Charles had built up good working relations over the years”.

Furthermore, the prince believed that during the crisis there was a fundamental lack of understanding of Arabic culture, which was ultimately “crucial to understand”.

As the prince grew “increasingly frustrated with the Iraq issue”, he could not understand why the government of the day did not see the Middle East as “a region dominated by tribal loyalties” and that “marching in carrying a banner for Western-style democracy was both foolhardy and futile,” Jobson writes.

Indeed, the Prince of Wales cast serious doubt on the government's 2002 intelligence dossier long before the BBC report in May 2003 that it had been “sexed up”.

Charles repeatedly told friends that Blair should have listened to Arab leaders about how to act over Iraq.

Jobson writes that the prince was especially critical of support given by the Blair government to the White House in the runup to the invasion.

The prince’s opposition to the Iraq War, Jobson insists, “did not come with hindsight. Charles made his no-nonsense position clear to those in power at the time.

“He told political figures and those in his trusted circle that he regarded the Bush administration as 'terrifying' and pilloried what he believes was Blair's lack of perspicacity. He believed Blair had behaved like Bush's 'poodle' and said so."

According to Jobson, one of his circle revealed: “Whenever he followed in the wake of the prime minister on an overseas visit he would quote a phrase dryly, 'Thou shalt go behind the rear of the Lord to declare his song.' It would always get a laugh.”

Arab rulers, Jobson writes, told the prince again and again how uneasy they were about Blair becoming so closely aligned with Bush and how “bewildered and saddened” they were by the UK's position in being “tied to the USA's coat-tails” over Iraq.

Jobson writes: “The prince, according to sources, maintained it was 'absolutely extraordinary' that neither the Americans nor those in authority in the UK ever seemed to listen to the Arab perspective or consider their knowledge of Iraq and its religious and tribal complexities when seeking post-war solutions there.

“Ignoring their perspective, the prince felt, was fatal and had led to what he described as 'the bewildering mess we are facing now at home and abroad'.”

Jobson says that “one former member of the prince's household divulged that Charles was completely baffled by Bush and his stance in totally ignoring the advice of local leaders.

“'The prince could not understand the sense in America's position,' the source said, 'which was a need to revisit the 'crazy' de-Baathifican policy [sacking professionals who were members of Saddam Hussein's B'aath party] that had led to the exclusion of so many badly needed professional people throughout Iraqi society and turned so many people against the coalition.'

“Charles, the source said, was particularly derogatory about Bush's secretary of state, Condoleezza Rice - the first black woman to hold that post - and the extent of what he deemed US ignorance of the Middle East. The prince couldn't fathom why Ms Rice resisted all requests to visit the area.”

Charles still harbours distrust towards the current US administration, according to Jobson.

“He is not only critical of their lack of a coherent Middle East policy, but deeply concerned by their refusal to sign up to any international convention on climate change - a stance made even worse by the current incumbent in the White House, President Donald Trump.”

The US is not the only UK ally to face royal criticism towards the Middle East, according to Jobson.

He writes that Charles disagreed with the bans imposed in France and Belgium on Muslim women covering their faces with burqas and niqabs in public, and regards them as “an infringement of human rights", which criminalise women.

The prince has also told ministers that he no longer wants to use his excellent Gulf connections to sell arms on behalf of British companies in the Middle East.

The book casts an extraordinary light on the prince’s views of Islam and the Arabic world, showing that his interest in Islam goes deeper than hitherto known.

The prince, Jobson writes, is a keen student of Islam who has read the Quran and studies Arabic.

Jobson also discloses that the prince always signs off his letters to Gulf leaders by personally writing his name in Arabic, “another small nod to respecting the other culture”.

Charles 'thinks Islam can teach us all a way of understanding and living in the world, which sadly he believes Christianity is poorer for having lost'

According to Jobson, the future head of the Church of England “thinks Islam can teach us all a way of understanding and living in the world, which sadly he believes Christianity is poorer for having lost”.

The prince has also studied Judaism and is close to the former chief rabbi, Jonathan Sachs. He believes that both Judaism and Islam have “a great deal in common” with Christianity and that the "the future surely lies in rediscovering the universal truths that dwell at the heart of these religions".

Jobson writes that Charles has good working relations with contacts in the region and is well respected in the Gulf states and the Middle East.

The books lists his friends as including the “Al Thanis of Qatar, the Husseins of Jordan and the Al Sauds of Saudi Arabia, all of whom have known the prince personally for many years and from whom he commands respect”. 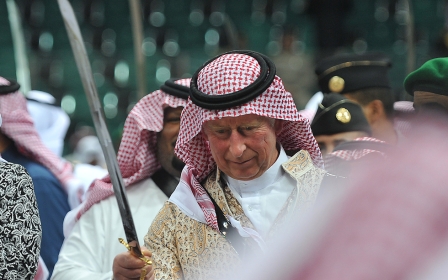