Daniel Kawczynski, who has close ties to Riyadh, took the money to speak at an event for 'regime change', it has emerged 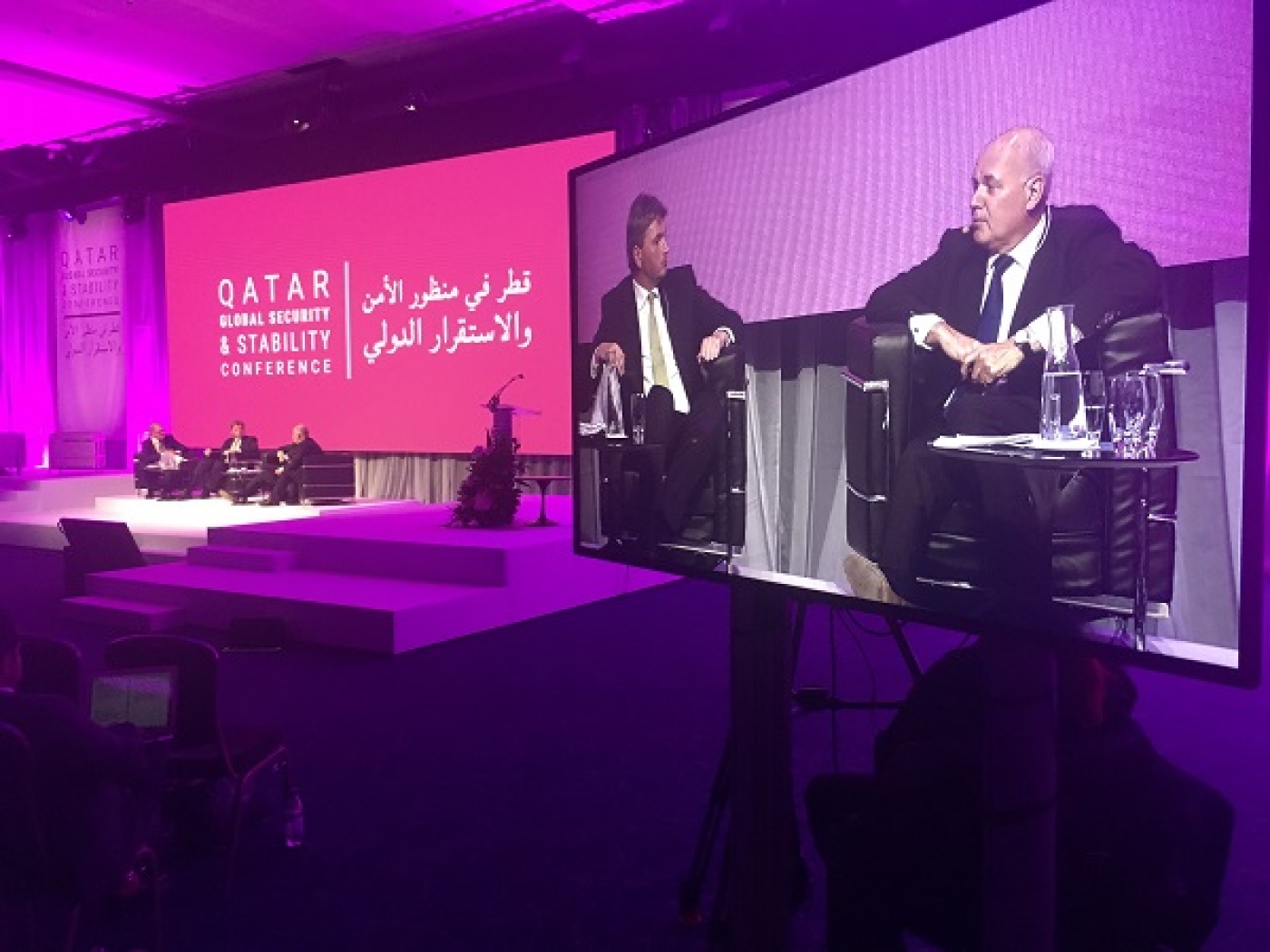 LONDON - A Conservative MP once dubbed the "Honorable Member for Riyadh Central" for his close ties to Saudi Arabia was paid £15,000 ($20,700) to help organise and then speak at controversial Qatari opposition conference in London, it has emerged.

Figures published in the Register of Members' Financial Interests reveal that Daniel Kawczynski, a former adviser to prime minister David Cameron, received the fee from Akta Group Ltd for advising and then speaking at the Qatar, Global Security & Stability Conference in September last year.

Organised by London-based Qatari exile Khalid al-Hail, the event was billed as bringing together "hundreds of world-renowned political figures, policy makers, academics, commentators and Qataris," but was sparsely attended, attracted few Qatari exiles and was dismissed by analysts as a "cack-handed" attempt at promoting a coup in Qatar.

On the day of the event, Kawczynski told MEE he was not accepting a fee to attend after saying he was not "backing" the event, but his subsequent disclosure to parliamentary authorities shows that he received two $10,370 (£7,500) installments from Akta Group, a small public relations firm.

The MP for Shrewsbury also did not disclose the exact details of his speaking engagement or related advisory work, to the dismay of transparency campaigners.

The disclosure of Kawczynski's fee and the opaque manner in which it was paid and registered, was first reported by BuzzFeed News. It comes as a MEE investigation has revealed:

The conference, held on 14 September at the $550-a-night InterContinental Hotel in North Greenwich, took part as an information war raged across the Gulf over the Qatar dispute. It saw a string of influential speakers attack Qatar's poor human rights record, alleged support for terrorist groups and relationship with regional rival Iran.

Qatar is an absolute monarchy were the emir holds all executive and legislative power and opposition is banned, but the conference faced criticism that it was allegedly backed by Qatar's regional rivals and is seeking "regime change" in the country.

The event was fronted by Hail, who says he fled Qatar in 2014 after being tortured. It was supported by the British Monarchist Society (BMS), an obscure British royalist organisation and promoted by one of Bill Clinton's former spin doctors.

It was held in a vast ballroom under dull purple light and included a bizarre host of attendees, including Winston McKenzie, the eccentric former UKIP candidate known for holding a farcical racial diversity carnival.

Thom Brooks, an academic from Durham University who attended the event, told MEE that he was "somewhat shocked" to be invited as he is not a Middle East expert, and that he was "surprised at how one-sided and partisan" many of the speakers were. "It was a weird event, I felt like I was there as the token leftie," he told MEE.

According to records at Companies House, the sole director of Akta Group Ltd is Tatiana Gisca, a 32-year-old Romanian entrepreneur, who once described herself online as a "domestic engineer".

She has previously shared a residential address with Hail at a luxury development in Woolwich Arsenal and BuzzFeed News reported that she is married to Hail.

Gisca was listed as an officer, alongside Hail, of Orb and Sceptre Communications Ltd, a now dissolved PR firm which registered the website for the Qatar opposition conference last November.

Also listed as an officer of the short-lived PR firm was Thomas Mace-Archer-Mills, the chairman of BMS, which helped organise the event alongside Hail and also introduced the Qatari exile at the event.

Steve Goodrich, senior research officer Transparency International UK, told MEE: “To ensure the integrity of our democratic institutions, Parliamentarians must be extremely careful when taking any outside employment. They are representatives of the people and scrutineers of government, not guns for hire to the highest bidder. Without proper due diligence and full transparency about external engagements, they leave themselves seriously exposed to situations that can damage their own reputation and that of Parliament.”

He added that research by the campaign group had found that foreign governments were using MPs as a “means to further their own agenda” and that they risked being “exploited by others for malign purposes.”

Kawczynski is well-known as a backer and defender of Saudi Arabia and the Gulf States and previously spoken about "battling against extraordinary ignorance" in defence of the Gulf rulers, including Saudi Arabia.

In 2015, he famously appeared on Newsnight after it broadcast a report alleging Saudi Arabia was complicit in war crimes in Yemen. During the course of the fractious interview, he accused the broadcaster of "appalling bias" and of being "anti-Saudi".

Later, he threatened to sue the programme's editor for suggesting that it might be seen as relevant that he had had a trip to Saudi Arabia in February 2014, the $7,300 cost of which was paid by the Saudi embassy in London.

In March last year, the government in Riyadh paid him $9,200 to spend a week there to strengthen diplomatic relations with Britain.

Speaking on the sidelines of the event in September, Kawczynski told MEE that he had not received payment for his role at the event, but in an interview on Wednesday he did not recall the conversation and categorically denied any wrongdoing.

"I don't know you from Adam, you are not one of my close associates or intimates. I don't recall what I said to you on the day," he told MEE on Wednesday. "My duty and obligation is to declare my outside interests within a specific timeframe, which I did ... I hope you start to deal with the real issues facing this country instead of this."

When asked why he had been paid substantially more than other speakers, he said: "You'd have to ask them that. Iain Duncan Smith was only there for a few hours. I was there all day and gave advice before and afterwards ... this is a matter for my constituents to judge."

A spokesperson for Duncan Smith said the event was "declared in full accordance" with parliamentary rules, while Lord Ashdown, who declared his appearance in line with House of Lords rules, told MEE that he understood the event was "most likely" backed by Saudi Arabia, but he attended to express his views and speak "forcefully" about the issues raise.

He did use the event to call on Prime Minister Theresa May to release a suppressed Home Office report which potentially links Qatar and Saudi Arabia to the promotion of Islamist extremism.

Speaking at the conference in September, Simpson told MEE that he had been paid for his appearance, but he did not know how much as it had been arranged by his agent.

A BBC spokesperson said: "John was chairing the panel in [a] private capacity. We have reminded him of the BBC News guidelines."

Details of fees paid to speakers at the conference come as a letter written by BMS chairman Mace-Archer-Mills to the Qatari ambassador in London was leaked to MEE by a Gulf source.

The letter, dated December 2016, nearly a year before the Qatari opposition conference, betrayed what was at the time, a deeply fractuous relationship between Mace-Archer-Mills, Hail and BMS.

A bejewelled wooden case for the Queen

Mace-Archer-Mills alleges that Hail offered to sponsor activities undertaken by BMS, and said he would present a copy of the society's magazine to the Queen in a "bejewelled wooden case," but no such case was ever made.

The letter goes on to detail a series of financial and personal allegations against Hail, which MEE has not been able to verify.

However, Mace-Archer-Mills states Hail was not aiding his country with his actions, and was instead, in his opinion, "single handedly helping to ruin the reputation of Qatar's and its people ... Everything he does is calculated to benefit himself."

Whatever the nature of the dispute, the rift between Hail and the BMS was apparently healed by September 2017, when the organisation supported his opposition conference.

In a statement, Marce-Archer-Mills, told MEE: "I have not seen or heard from Khalid but once in November 2017, following the close of the conference.

"As per the letter leaked by the Qatari Embassy - the embassy did nothing to help us during the time in which that letter was written, not even a response or simple reply of receipt."

He added: "Any damages incurred by the BMS ... have been chalked up to experience and learned from, so as not to make the same mistakes again when dealing with such individuals and governments.

"The BMS and myself personally no longer have any ties to Khalid, his peers or his government and wish to remain as such."

Hail did not respond to a request for comment from MEE. 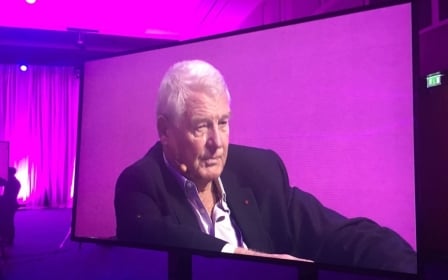