Qatar and the Gulf crisis: How it's dividing Yemen TAIZ, Yemen – Flights diverted. Supermarket shelves emptied. Expulsions ordered. The fallout from the escalating tension in the Gulf has reached far across the region.

The shockwaves from the decision by Saudi Arabia, Bahrain and the UAE on Monday to cut ties with Qatar have also been felt in war-torn Yemen.

Until a week ago, Doha was part of the coalition led by Riyadh in support of the Yemeni government. Now the emirate has been expelled and the Yemeni leadership – largely exiled to Saudi, with a limited base in Aden - has also severed links, accusing Qatar of supporting the Houthi rebels.

But there is still some support for Qatar in Yemen, adding yet another division to an already fractured nation.

What Qatar has done in Yemen

Qatar has played a role in Yemen for several years, constructing hospitals, schools and housing for the homeless before the current conflict began in 2015.

Its forces have been part of the current anti-Houthi coalition and fought on the ground, albeit with a smaller presence compared to the UAE, which has organised Yemeni military bases and had a larger role in the south of the country.

There are signs of Qatari involvement across the country. On 3 June, the Qatar Red Crescent announced that it had nearly finished construction of houses for 160 of the poorest families in Taiz's Mocha district.

The QRC said that the housing had cost $160,000 and was intended for victims of the war who lived in the neighbourhood.

The QRC operates in areas under the control of both the Houthis and pro-government forces. In March 2017, it provided the al-Thawra Hospital in Sanaa with medical supplies.

Fadhl al-Thobhani, a social professor at Taiz University, said that Qatar had always assisted in Yemen, including a mediation role in earlier conflicts.

“No one can deny the role of Qatar in Yemen,” he said. “We are grateful for Qatar, which helps Yemenis in all provinces, not just in some provinces."

One of the main casualties in Yemen from the Gulf crisis may be the Islah party, until now one of Qatar’s biggest supporters in the country.

A conservative group, it is the Yemeni version of the Muslim Brotherhood, the world's oldest Islamist movement (the name was changed in 1994 to suit Yemeni tastes). The brotherhood is supported by Qatar but designated a terrorist organisation by Saudi, the UAE and Bahrain.

But with the government's distancing from Qatar, Islah potentially finds itself torn: some members still support the Yemeni president Abd Rabbuh Mansour Hadi but others have ditched him for an alliance with Doha. The party itself has yet to declare a formal preference.

An Islah party spokesperson declined to discuss the issue with MEE – but anecdotal evidence suggests a split.

Mohammed al-Sa'ady, the assistant secretary-general of Islah and the Yemeni minister of planning, told al-Sharq al-Awsat newspaper that he welcomed the anti-Qatari move.

But other leaders of the party disagreed.

'I think this is a big problem for the party. Personally, I will support Qatar'

Mohammed al-Maqrami, a representative for Islah’s local council in Taiz told Middle East Eye: "Our party has not announced its attitude towards either Hadi or Qatar. I think this is a big problem for the party. Personally, I will support Qatar."

Maqrami believes that Qatar faces what he called an "atrocious campaign" and that the party should support the emirate, just as it in turn supported Islah in Yemen.

He said he did not believe that Qatar was dealing with the Houthis and Tehran. “This was only an accusation by the government to flatter Saudi Arabia, where the Yemeni government and Hadi stay. It is a normal step for a government to take.”

Then there is the Southern Movement, the loose alliance of groups which wants an independent Yemen in the south of the country.

It supports neither Hadi nor Qatar but the UAE, which has come out against Doha and which the movement credits as the main liberator of Aden and other southern provinces.

The Southern Movement has now fallen in line with the coalition against Doha, levelling the same accusations as its Gulf allies.

Maged al-Khateeb, an activist for the Southern Movement, told MEE that it was grateful to the UAE because its impact had been felt on the ground, unlike that of Qatar.

"Qatar did not reconstruct any buildings in Aden and we did not see its soldiers in our city, so we already have a bad impression about it,” he said. “We are the enemies of any country against UAE, as we consider ourselves to be part of it.”

Relations between the Southern Movement and Islah are now strained even further: in May the movement formed its own presidential council as it seeks further autonomy for the prosperous south.

Translation: The Qatari media still insists on repeating what it called "Aden's coup"! But history says that Qatari attitudes were always against the south, and then they [Qataris] say they are with justice.

The Yemeni government said on Monday that it was cutting ties with Qatar after the government alleged Doha support for the Houthis.

Fadhl al-Rabei, head of Madar Strategic Studies based in Aden, told MEE that Qatar handed over more than one million dollars to reconstruct Saada.

But, he says, no work took place – and it was likely that the money went elsewhere.

"Qatar did not pay the money to the government and gave it to Houthi traders and some associations,” he said. “Thus the money did not go to the interests of the government.” A Houthi source disputed this and said it did not receive funds from Qatar.

Rabei also said that Qatari mediation efforts had stalled Yemeni government forces as they were about to drive the Houthis from Saada.

But neither the Saudis nor the Yemeni government have yet to produce evidence that Qatar supports the Houthis.

Ahmed al-Shalafi, editor of Yemeni affairs with Al Jazeera, which is based in Qatar, pointed out that the emirate had been part of the anti-Houthi coalition since March 2015.

Instead, al-Shalafi accused the UAE of supporting the Houthis against Hadi and the Islah party – and then using the coalition as cover:

Translation: Abu Dhabi paid two million dollars for the Houthis and Saleh to depose Hadi, Islah party and its allies in 2014, and then it [UAE] hid inside the Decisive Storm to complete its plot.

Yemen may have cut ties with Qatar, but the Houthis have announced their support for the emirate, on the apparent basis of my enemy’s enemy is my friend.

Mohammed Ali Al-Houthi, the head of the Revolutionary Committees of the Houthis, tweeted on 5 June:

Translation: We condemn action against Qatar. We are ready to cooperate with Qatar as they [Qataris] are known to us as men of sincerity, loyalty, and wisdom. We experienced this during Qatari mediation in the Yemeni conflict.

Doha played a key mediation role in Yemen between the Houthis and the government during the conflict in Saada from 2004 to 2010.

Mohammed Abdul-Salam is the spokesperson for the Houthis and headed its delegation at peace talks in Kuwait in 2016.

He said on Facebook that Saudi and the UAE were seeking to force Qatar’s hand in a way that reflected the brutal and repeated attempts to determine the fate of Yemenis, which they had yet been unable to do.

A leader of the Houthis, speaking to MEE on condition of anonymity as he is not authorised to speak to media, said that it would cooperate with any side that opposed the offensive against Yemenis - even if it is one of the coalition countries.

He said: "Qatar does not like the life of slavery to Saudi Arabia and UAE, so it chose freedom and decided to go in the right direction. I know many people will say we cannot cooperate with Qatar, but if we can do anything, we will not hesitate to do it.”

Indeed, the Houthis see the Gulf tension serving their interests by distracting their enemies.

“After this tension among the Gulf countries, I think that some countries will reconsider supporting the offensive against Yemenis and this will be a good step for Yemenis,” the source said. 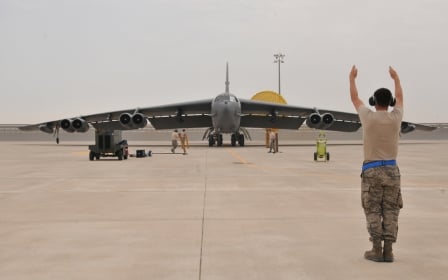