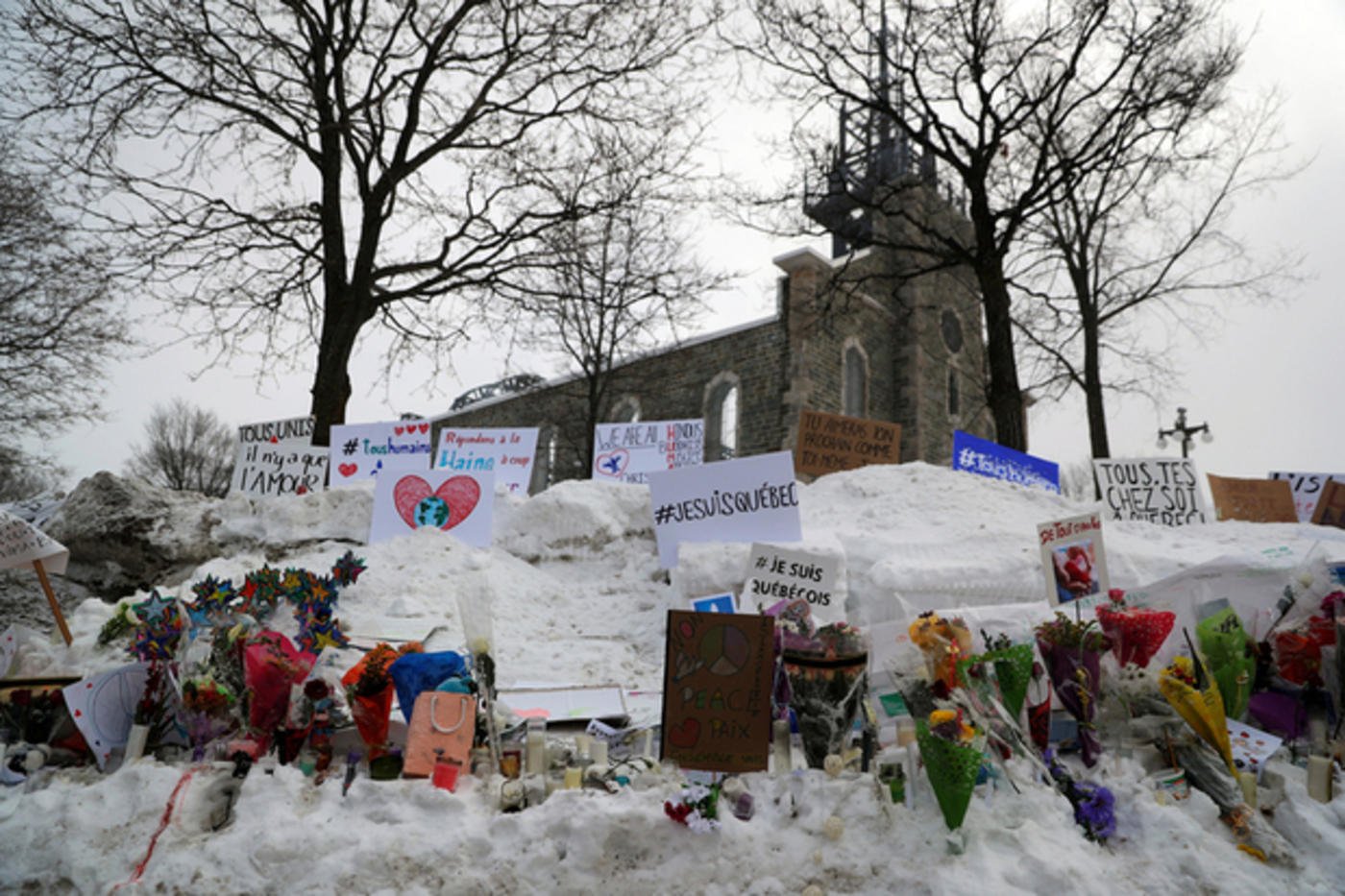 MONTREAL, Canada – Muslim communities in Canada have welcomed a guilty plea filed earlier this week by a Canadian man who shot and killed six worshippers at a mosque in Quebec City last year.

"Our communities were just relieved in knowing that we wouldn’t have to have this long, drawn-out trial," said Leila Nasr of the National Council of Canadian Muslims (NCCM), a Muslim advocacy group.

"Ultimately that spares them from having to relieve the pain and the anguish of the attack all over again."

But a day after Alexandre Bissonnette pleaded guilty in court in front of the families of his victims, Nasr told Middle East Eye that more still needs to be done in Canada to address the deeper issue behind the tragedy.

"It's only by beginning to call these acts and these underlying sentiments by name that we can hope to seriously combat Islamophobia," Nasr said.

Bissonnette, 28, pleaded guilty to six counts of first-degree murder and six counts of attempted murder in a Quebec court on Wednesday.

He admitted to opening fire on Muslim worshippers at the Islamic Cultural Centre in Quebec City on 29 January 2017.

He killed six men who were praying at the mosque on the night of the attack: Aboubaker Thabti, Abdelkrim Hassane, Khaled Belkacemi, Mamadou Tanou Barry, Ibrahima Barry and Azzedine Soufiane.

Our communities were just relieved in knowing that we wouldn't have to have this long, drawn-out trial

Five others were critically injured amid a total of 19 people hurt in the shooting, one of the deadliest instances of gun violence in recent Canadian history.

Bissonnette admitting his guilt is "a step" on the road to healing, Boufeldja Benamdallah, the co-founder and head of the mosque, told Radio-Canada earlier this week.

Benamdallah said he trusted the judge to do his work, but the sentence handed down to Bissonnette must "be at the level of the wrong that he committed" and act as a deterrent to others.

Amir Belkacemi, the son of one of the victims, also told reporters he was relieved the case will not head to trial.

"No one really wants to live those traumatic days again, and today what happened in the courtroom kind of puts it to an end."

'Neither a terrorist, nor an Islamophobe'

Bissonnette told a judge on Monday that he wanted to reverse an earlier not-guilty plea, but he court proceedings were put under a publication ban until early Wednesday, after the judge ordered him to undergo a psychological assessment.

In a statement he read to the court after his guilty plea was accepted, Bissonnette said he was "neither a terrorist, nor an Islamophobe," despite what has been said about him, Canadian media reported.

"Rather, I am someone who was overcome by fear, by negative thoughts and a sort of horrible kind of despair," he said.

Bissonnette was never charged with terrorism or terrorism-related offences, despite the proclamations of Canadian politicians after the attack.

Hassan Guillet, an imam in Saint-Jean-sur-Richelieu, a town about 40km from Montreal, told Middle East Eye that Bissonnette's actions clearly show that Islamophobia played a role in the attack.

"We know what type of tree it is by seeing its fruit," Guillet said, by way of analogy.

"But you, Alexandre Bissonnette, you entered a mosque, shooting at people that you didn't know, simply because they were Muslims? One plus one equals two; you are Islamophobic."

Despite Bissonnette's attempt to disavow the label, Guillet said the discourse in Quebec around issues of Islamophobia has changed for the better since the attack.

"We recognise the existence of the malaise," he said, "which is an enormous step in the right direction."

Shaheen Ashraf, a Montreal-based member of the Canadian Council of Muslim Women, said Bissonnette's crimes were no doubt fuelled by Islamophobia, "but he is young and he was radicalised".

She felt Bissonnette "did the right thing" by pleading guilty, and said she hoped this week's events would help Muslims in Quebec begin to heal.

"I feel that since he has accepted his crime it's time to heal and move on. Because those people, those six people that died, are not coming back," she said.

I feel that since he has accepted his crime, it's time to heal and move on

She added that she expects Muslim communities in Canada to "show some compassion" to Bissonnette despite what he did.

Indeed, Guillet, the imam, said "the first victim[s] of violence and hatred are those who pull the trigger" and Bissonnette and his parents are also victims.

But several questions remain about why Bissonnette carried out the attack, Guillet said, and the path that led him here must be understood "to make sure there aren’t any other young people who fall into the same trap that he fell into himself".

Still, "whatever Alexandre Bissonnettee does, or what he says about it, it doesn't bring an orphan his father back, or a widow her husband," Guillet said.

Bissonnette's guilty plea can only help the victims and their families "begin to mourn in serenity and peace - begin to slowly heal the wound". 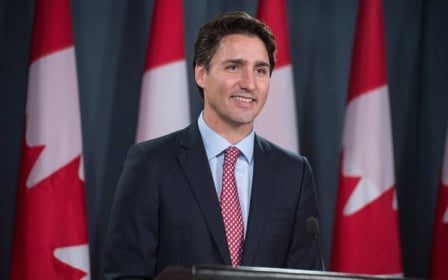 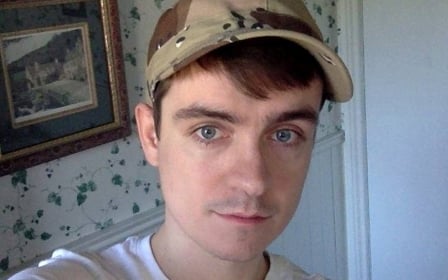