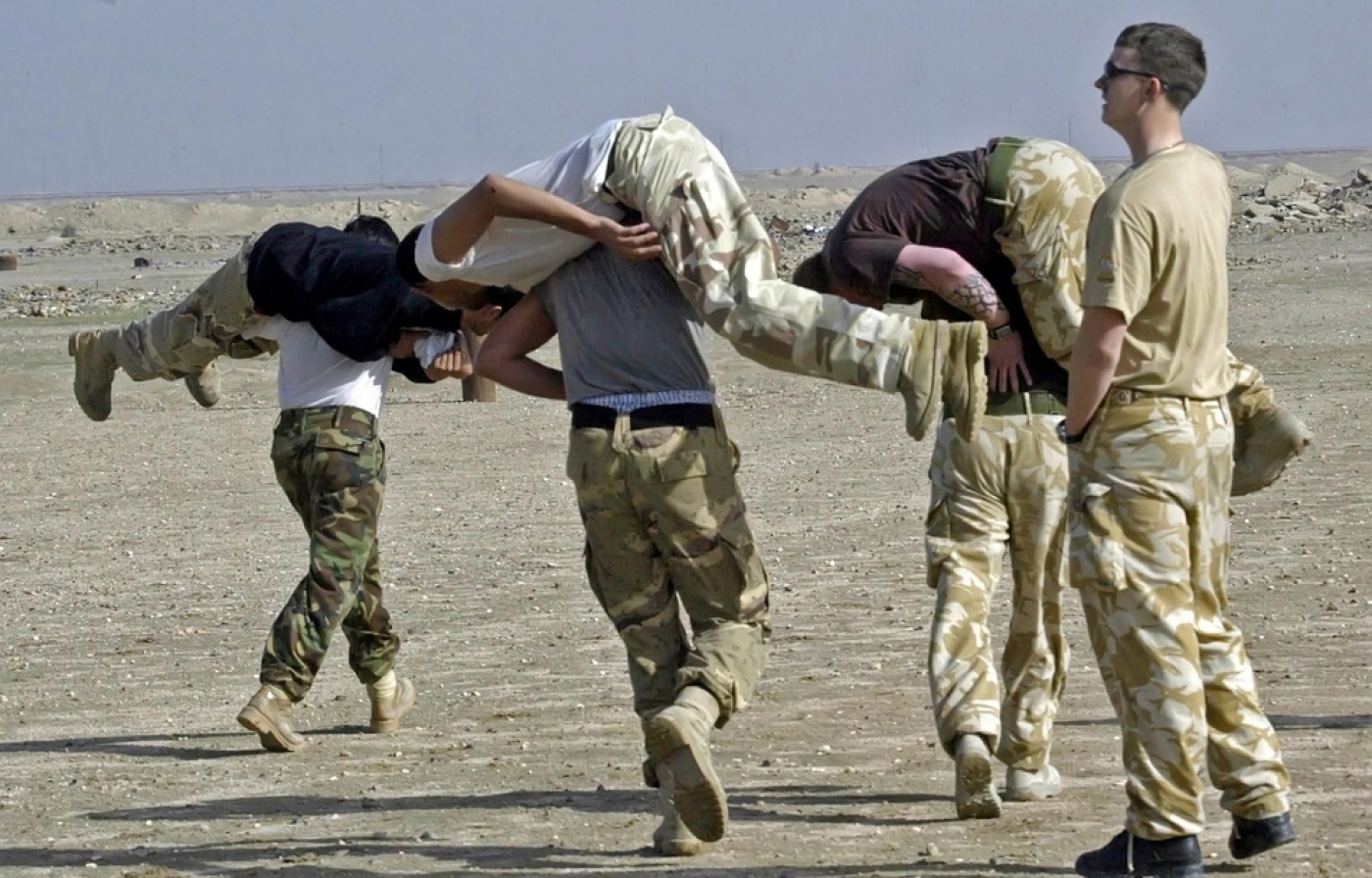 File photo of Iraqi soldiers training with British soldiers inside UK base on the outskirts of Basra, 15 February 2006 (AFP)
By
MEE and agencies

The International Criminal Court's chief prosecutor Fatou Bensouda said on Monday that there is a "reasonable basis" to believe that some British soldiers committed war crimes after the US-led invasion of Iraq.

The disclosure came in a 74-page report on preliminary inquiries as ICC member states gather in New York for an annual nine-day meeting to discuss matters relating to the tribunal.

"Following a thorough factual and legal assessment of the information available... there is reasonable basis to believe that members of the UK armed forces committed war crimes, within the jurisdiction of the Court, against persons in their custody," Bensouda said.

The Hague-based prosecutor in 2014 reopened an initial probe into war crimes allegations relating to prisoner abuse, after rights groups and lawyers said that at least 1,071 Iraqi detainees were tortured and ill-treated between March 2003 to December 2008.

The same groups also alleged that British personnel committed 52 unlawful killings of people in their custody over the same period.

However, several lawyers who were part of those making the allegations were later found guilty on misconduct charges, including making false allegations of abuse. The lawyers' lead counsellor was struck off.

But Bensouda's office said individual statements received from those lawyers "could be considered credible enough if substantiated with supporting material" such as detention records, medical certificates and photographs.

Her office is now considering "complementarity and gravity" before evaluating further steps.

Set up in 2002, the Hague-based ICC is an independent court of last resort, only to intervene and prosecute those committing the world's worst crimes if a member country is unwilling or unable to do so themselves.

"The prosecutor must be satisfied as to admissibility on both aspects before proceeding," the report said.

Bensouda will then decide whether to ask ICC judges for permission to launch a full-blown investigation.

The world war crimes court's previous chief prosecutor, Luis Moreno-Ocampo, said in 2006 he would not open a full probe in Iraq because he did not have enough evidence.

Earlier this year, Britain dismissed hundreds of allegations of misconduct by its soldiers in Afghanistan and Iraq.

Supporters of referring abuse cases to the ICC argue that the British government has been unwilling to bring soldiers and commanders who committed abuses to justice.

“The submission to the ICC highlights the British authorities’ failure for over a decade to investigate and prosecute these alleged war crimes, including the command responsibility of its senior military and political figures,” Clive Baldwin, a legal adviser for Human Rights Watch, wrote in 2014.