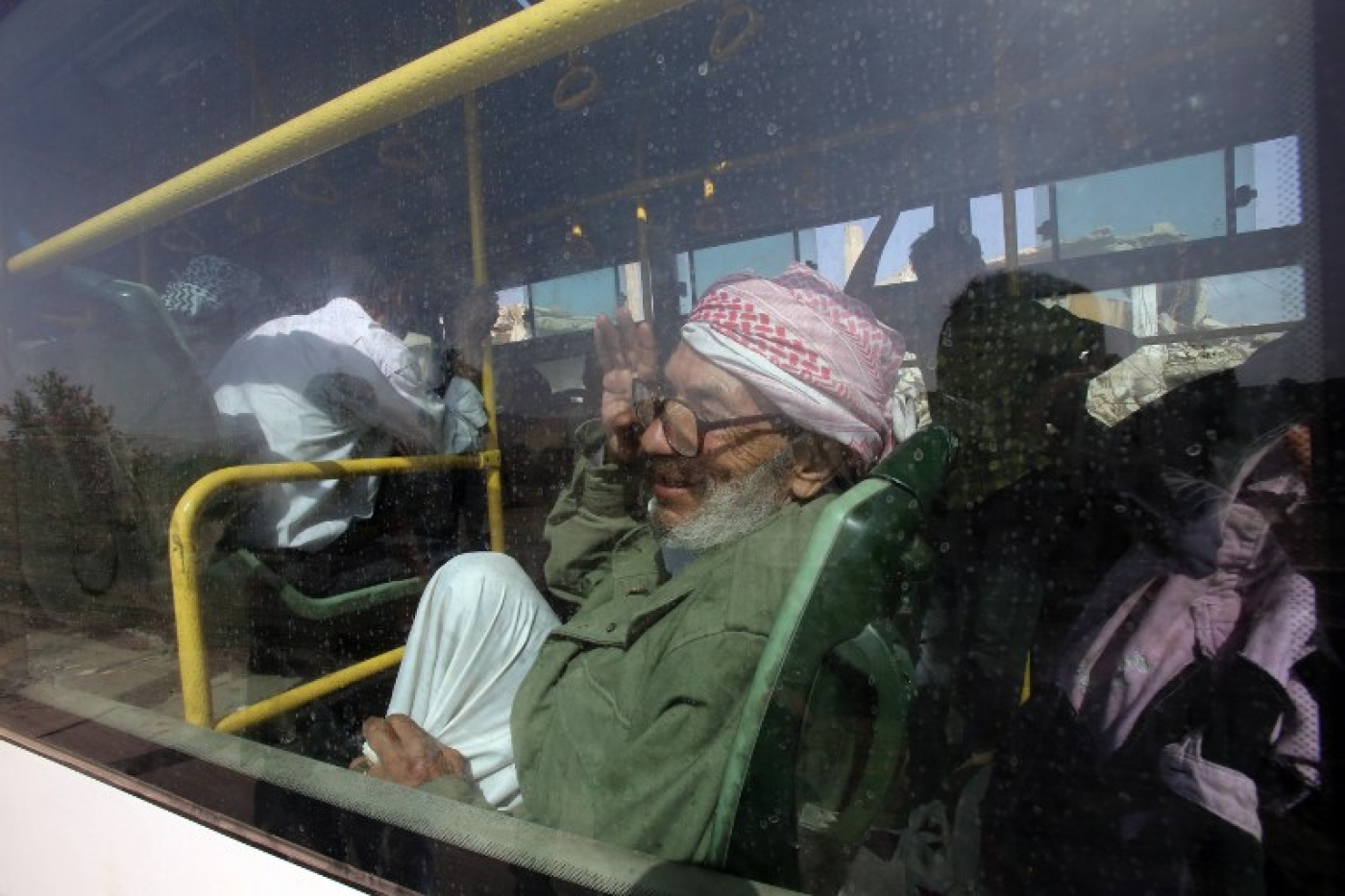 Syrian rebels and their families began evacuating the town of Daraya outside the capital Damascus on Friday, under a deal agreed with the government after a four-year siege.

The fighters and their families left the devastated town on buses accompanied by ambulances and Red Crescent vehicles, an AFP reporter at the scene said.

The first bus to emerge from the town carried mostly children, elderly people and women.

Images showed Syrian soldiers standing guard as the buses departed the town. In one photo, an elderly man waved and smiled as the bus drove off.

Other photos showed Syrian soldiers lounging in furniture in the street amid damaged buildings.

In a statement on Friday, Staffan de Mistura, the UN's special envoy for Syria, said that the world body had not been consulted about the evacuation agreement and added that "the world is watching".

"It is imperative that the people of Daraya are protected in any evacuation that takes place, and that this takes place voluntarily," he said.

"A UN humanitarian team is reaching out to all parties, including the local population. The world is watching."

Ambulances and Red Crescent vehicles earlier entered the town, which has been surrounded by government forces since rebels gained control in 2012.

An estimated 8,000 people had remained in the town, despite a government siege and regular bombardments.

Daraya is just a 15-minute drive from Damascus and is even closer to the government's Mazzeh air base.

On Thursday, Syrian state news agency SANA reported that a deal had been struck for the evacuation of civilians and fighters from the town.

The agreement is regarded as a major defeat for the opposition and has provoked anger among supporters.

"Seven hundred armed men with their personal weapons will leave Daraya to head to the [rebel-controlled] city of Idlib, while thousands of men and women with their families will be taken to reception centres," SANA said.

The rebels are largely from two groups, Ajnad al-Sham and the Martyrs of Islam. All will be told to surrender other armaments to the army.

A Syrian source on the ground said Thursday that the evacuation may take four days to complete.

A military source told AFP that the army will enter Daraya, which was one of the first towns in Syria to erupt in anti-government protests in March 2011.

The civilians will go to regions under government control around Damascus, rebels will go to Idlib "or sort out their situation with the regime," a rebel official told AFP.

Most of Idlib province, in northwest Syria, is held by the powerful Jaish al-Fatah rebel alliance.

Only one humanitarian food aid convoy has entered Daraya since government forces began their siege in late 2012.

The aid convoy from the Red Crescent entered Daraya in June, and contained enough food for a month, officials said.

A UN aid convoy carrying medicine but no food had entered Daraya earlier the same month.

The arrival of the food aid was followed by heavy government bombardment that residents said stalled distribution.

The bombardment was heavily criticised by the West, including France, which accused Damascus of "extraordinary duplicity".

According to the UN, almost 600,000 people live under siege across Syria, most surrounded by government forces, although rebels and Islamist militants also use the tactic.

Middle East Eye published a passionate plea on 22 August from 42 women living in and out of the besieged city, which urged the international community to intervene and halt the use of napalm on Daraya by pro-government forces.

The letter, headlined “On napalm and starvation: An open letter to the world from the women of Daraya,” chronicled how the Syrian government has besieged and bombed the city, including the use of napalm, a chemical weapon banned by international law.

The writers recorded the use of napalm against civilians, including bombing on a hospital that put it “completely out of action”.

The women also detail how the government has bombed and cut off access to basic necessities such as food and electricity for years, using “starvation as a weapon”.

With these violations from the government, the women concluded, the international community must stop Assad. 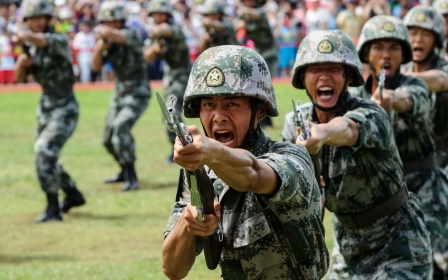