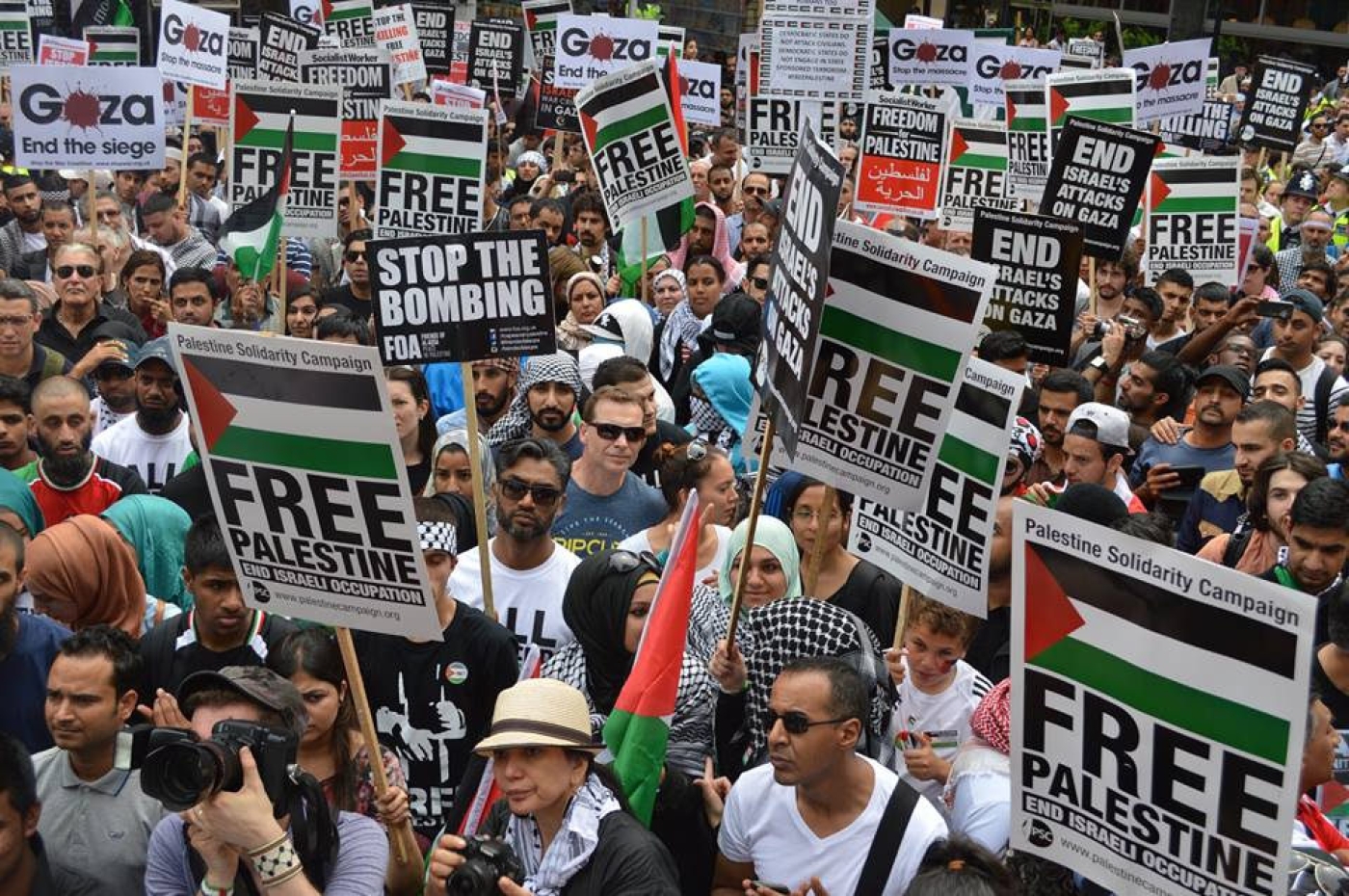 British university staff are being advised to "risk-assess and manage" events on campus relating to "contentious" issues including Palestine and criticism of Western foreign policy in the Middle East in order to demonstrate their compliance with the government's Prevent counter-extremism strategy.

Critics fear that the guidance, which is contained in an online training presentation, is already stifling free speech and political expression, with one institution, the University of Central Lancashire (UCLan), on Tuesday cancelling an event organised by a Friends of Palestine society because of concerns that it would not be "balanced".

Other issues for which higher education institutions are being instructed to put in place measures to ensure that "extremist views" are challenged include opposition to Prevent itself following vigorous campaigning against the strategy by the National Union of Students (NUS) and the University and College Union (UCU), which represent more than 100,000 university staff.

"Vocal support for Palestine", "Opposition to Israeli settlements in Gaza", "Criticism of wars in the Middle East" and "Opposition to Prevent" are included in a list of "contentious topics" in the presentation on a website, Safe Campus Communities, created for university staff to help them fulfil their Prevent Duty obligations.

Since 2015, the Prevent Duty has required public sector workers by law to "have due regard to the need to prevent people from being drawn into terrorism".

The creators of Safe Campus Communities, who include the Higher Education Funding Council for England (HEFCE) and the government's Department for Business, Innovation and Skills (BIS), told Middle East Eye the list was intended to promote free speech by encouraging universities to ensure that "topics that may be seen as controversial" could be "debated in a safe environment".

Elsewhere in the training material, the topics are described as a "list of views that may be regarded as extremist but are not illegal". Accompanying notes state that holding such views "may be legitimate provided they are not expressed or furthered by statements, deeds or actions which result in the harassment, intimidation or threats of violence against individuals or society itself".

The presentation advises institutions to take steps for events at which "extremist views are likely to be expressed" to ensure that such views are challenged by "inviting additional speakers with opposing views" and through "independent and effective chairing".

"Relevant higher education bodies also need to risk assess and manage events where these or similar views may be expressed," it says.

But critics fear that the guidance could lead to a culture of caution and censorship on campuses in which discussion of topics considered controversial is shut down.

On Tuesday, UCLan said it had cancelled a Friends of Palestine event scheduled to take place on 28 February as part of "Israel Apartheid Week" because of concerns that it would be anti-Semitic and unlawful.

The event, titled "Debunking misconceptions on Palestine and the importance of BDS [the Boycott, Divestment and Sanctions Movement]", was due to feature Ben White, an MEE contributor.

Ben White on the two-state mirage: A fake promise that gives cover to Israel

In a statement, UCLan said it believed the event would fall foul of the International Holocaust Remembrance Alliance’s definition of anti-Semitism adopted by the UK government last year.

The IHRA defines anti-Semitism as "a certain perception of Jews, which may be expressed as hatred toward Jews" including "denying the Jewish people their right to self-determination, eg by claiming that the existence of a state of Israel is a racist endeavour".

"We believe the proposed talk contravenes the new definition and furthermore breaches university protocols for such events, where we require assurances of a balanced view or a panel of speakers representing all interests," a spokesperson for the university said.

"In this instance our procedures determined that the proposed event would not be lawful and therefore it will not proceed as planned."

White told MEE: "It is clear from social media posts, as well as an earlier statement issued by the university, that officials caved to pressure from pro-Israel groups, and in so doing, threw their students - and their right to freedom of expression - under a bus.

"Israeli Apartheid Week is marked on campuses across the globe, and its importance is only underlined by the fact that the Israeli government - emboldened by the Trump administration - is so openly opposed to Palestinian self-determination."

Ben Jamal, director of the Palestine Solidarity Campaign, told MEE it was absurd to single out support for a Palestinian state or opposition to Israeli settlements as controversial or extremist.

"Given that all major political parties in the UK and the overwhelming majority of governments across the world support a Palestinian state and oppose settlements on the basis that they violate international law and are an obstacle to peace it is absurd to define these as extremist views," he said.

"There is an urgent need for the relevant bodies to review these materials and ensure that any training offered to educational establishments truly reflects the stated intention to uphold academic freedom and freedom of expression."

The Safe Campus Communities presentation is the most substantial element in a "package of HE-specific Prevent training materials" produced collaboratively by HEFCE, the Leadership Foundation for Higher Education, Universities UK and BIS, according to HEFCE’s website.

Since last year, the implementation of Prevent on campuses has been overseen by HEFCE and its counterparts in Scotland and Wales.

But the training material also acknowledges concerns about the government’s efforts to define extremism.

"It is the difficulty in defining what is and what isn’t extremist that has led people to be concerned that the Prevent duty constitutes a threat to academic freedom/freedom of expression," it says.

"The government definition of extremism is considered by some to be somewhat vague."

In a statement to MEE, HEFCE said the material in the presentation was intended to uphold free speech and was currently being evaluated.

"The presentation slide makes reference to a non-exhaustive list of examples of potentially controversial topics for the person completing the module to consider. These are topics that may come up for discussion on campus, and should be allowed to be debated in a safe environment on campus as part of a commitment to freedom of speech," the statement said.

"Rather than undermining freedom of speech, it in fact does the opposite. By mitigating very specific risks associated with views being expressed that risk drawing people in to terrorism, it allows a range of events that may otherwise have been cancelled to go ahead and upholds freedom of speech within the law."

A spokesperson for Universities UK told MEE: "Universities have a duty not only to tackle violent extremism and protect the safety of students and staff, but also to secure freedom of speech within the law. This is not always easy to balance, but universities are experienced in this area, are following the statutory guidance and have their own policies and processes in place.

"External speakers play an important role in university life. It is important that universities continue to be places where controversial subjects can be discussed openly, and flawed or dangerous ideas challenged."

But Sally Hunt, the general secretary of the UCU, told MEE that the Prevent Duty "risked doing more harm than good by shutting down debate on contentious topics and creating mistrust between teachers and students".

"The government’s current approach risks silencing those who are most vulnerable, leaving them no space in which to express their opinions or be challenged safely," she said.

"Universities and colleges rightly cherish academic freedom as a key principle of our civilised society, and we do not believe that draconian crackdowns on discussion of controversial issues will achieve the ends the government says it seeks."

Shelly Asquith, the NUS's vice-president for welfare, told MEE that the union had set up a helpline for student union officers and activists affected by Prevent.

"The implementation of Prevent relies on racial profiling, making Muslim students in particular a common suspect. It is stifling students’ ability to organise politically, or practice their faith, for fear of referral, so it’s no surprise students’ unions are a target in this," said Asquith.

The UCU and the NUS last year organised a "Students Not Suspects" protest campaign calling for Prevent to be abolished and accusing the government of using the strategy to stifle political dissent and curtail civil liberties.

While the training guidance notes that opposition to Prevent is "permissable", university staff are warned that they would be breaking the law by boycotting the Prevent Duty.

"Non-cooperation by specified authorities in implementing the duty through a boycott would not be legal," it says. 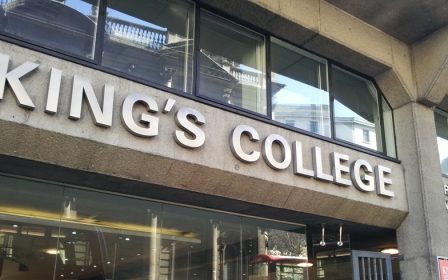 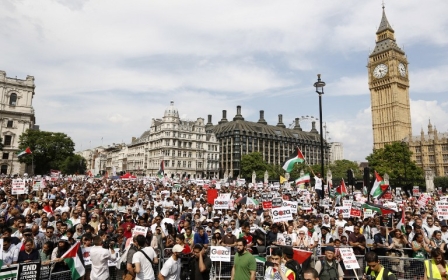 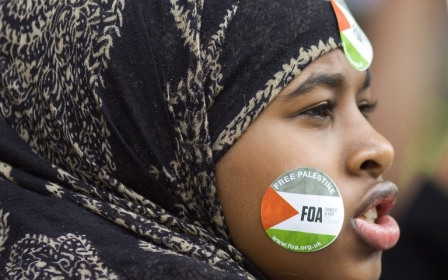