In run-up to fight for Mosul, groups jostle for position in post-IS Iraq 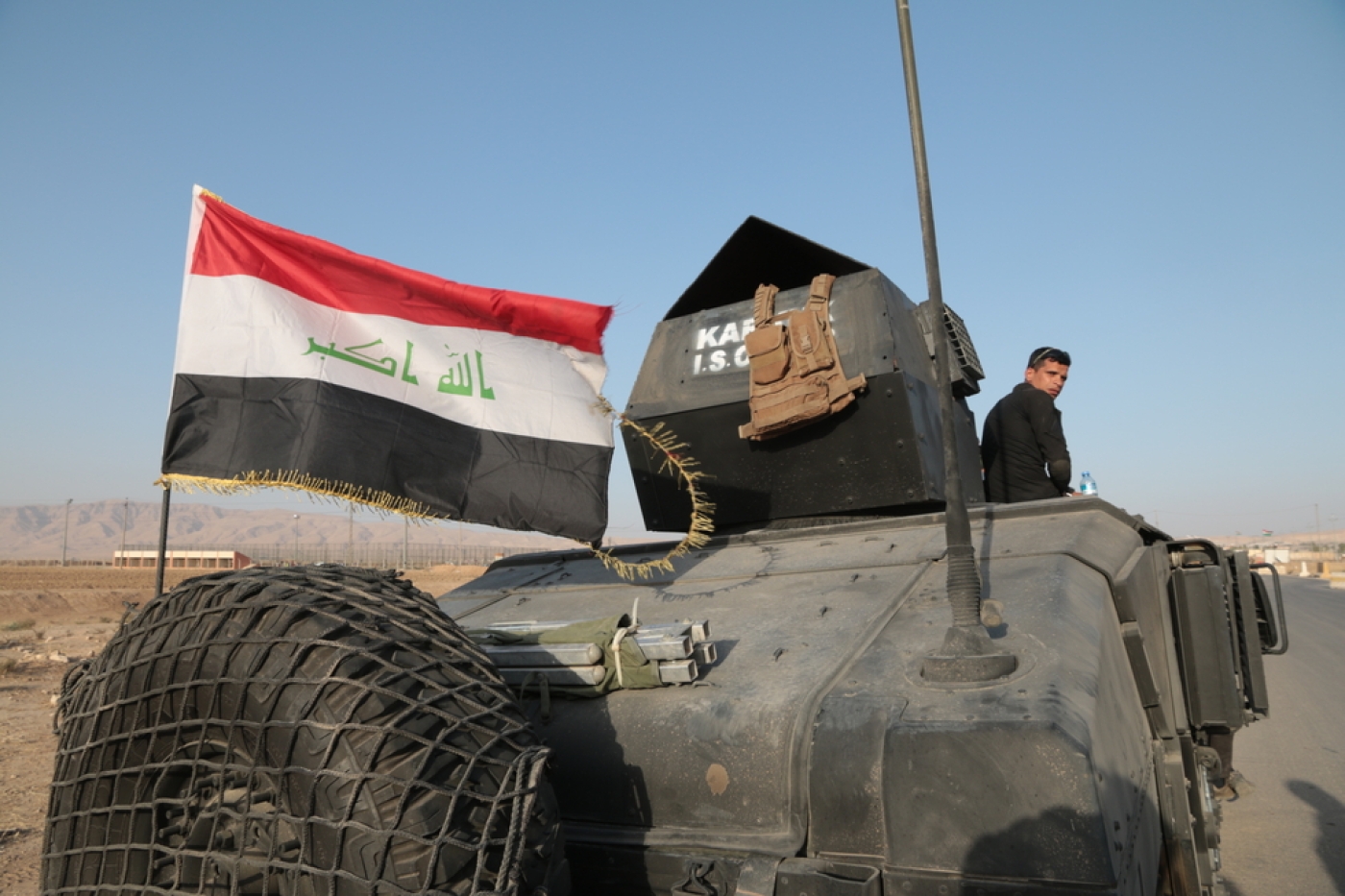 MAKHMOUR, Iraq - The sun hung low over the horizon as a long line of heavy trucks pulled up next to the military base in Makhmour, a dusty city in northern Iraq. Parked by the side of the road, the convoy stretched into the distance, its deadly cargo set imposingly against the dying light.

Strapped to the bed of the trucks, the hulking frames of black armoured cars lingered menacingly, their crews relaxing on the bonnets or milling around in small groups. Dressed in black khakis and shirts bearing the insignia of their units, the men carried themselves with the swagger befitting Iraq's most feared fighting outfit, the vaunted Golden Division. This was their final stop on their way to frontline positions near Mosul, from where they will launch into the city that fell to the Islamic State group in 2014.

Officially known as the Iraqi Special Operations Force, the elite outfit scored significant victories over IS in Ramadi, Hit and Fallujah. In the battle for Mosul, the Golden Division will once again spearhead the advance. That its units are being transferred to the Mosul front from Baghdad and Camp Speicher near Tikrit indicates that the battle for the city is imminent.

"We have been fighting everywhere," said Samar, a soldier leaning out of the back of a camouflaged supply truck. His unit last saw action in Fallujah, which was retaken from IS after six weeks of bloody fighting in June.

"Mosul is the final battle. It will be easy," he declared confidently.

But the Iraqi military is not taking any chances. Men and material have been pouring in for days, massing at staging points on the frontlines around Mosul. The build-up will be completed on 15 October, according to Brigadier General Najim Jubouri, the commander in charge of the Mosul operation. From then on, it only will be a matter of days before the troops are ready to attack.

Preparations for the Mosul operation have been underway since the Iraqi army began to slowly push back IS from Makhmour in March, eventually establishing a bridgehead over the Tigris and joining up with forces that cleared the town of Qayyarah and its strategically important airbase.

Qayyarah, about 40 kilometres from Mosul, will be the staging point for the assault south of the Tigris, while the Kurdish frontlines straddling the city will be the launching pad on the north bank of the river. The Kurdish Peshmerga are expected to join the push on Mosul from the north and the north east, but stop short of entering the city.

The Kurdistan Regional Government (KRG) has made no secret of its intent to incorporate areas north of the city into its autonomous zone, but this will not stop its Peshmerga from fighting side by side with the Iraqi army.

Other actors are a less welcome sight on the frontlines, but are nevertheless keen to play a role in the campaign. Jostling for influence in post-IS Mosul, these players could upend the battle plan, delay the operation and further complicate the process of bringing peace to Iraq once the self-proclaimed caliphate has been vanquished.

As the largest Sunni city in Iraq, Mosul is key to reconciliation between the country's Sunni and Shia. If the attackers fail to minimise collateral damage, or engage in sectarian atrocities, the faultline between the sects could become so wide as to break Iraq apart - Western officials' greatest fear.

The military is also under strict instructions to ensure that casualties amongst Mosul's population remain as low as possible. Civilians will be urged to remain in their homes during the fighting, and ushered to safety through humanitarian corridors if do try to leave. 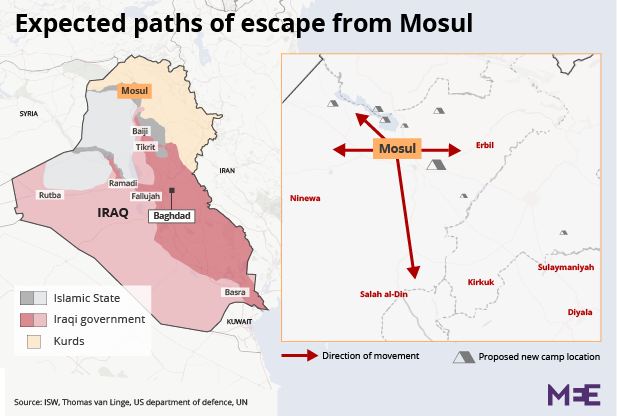 "They are convinced that if there is a massacre, if Mosul is destroyed, they won't be able to reconcile the country," one senior Western official said.

So far, the Iraqi army has done little to stoke sectarian tensions in its advance on Mosul. After two years of brutal IS rule, civilians in towns and villages on the Nineveh plains surrounding the city have welcomed the army as liberators, and the military has done its best to bring in food and basic services.

But these guidelines are unlikely to be followed as closely by another force that is itching for a fight in Mosul, Iraq's Shia militias. Several leaders of these militias, known as the Hashd al-Shaabi or the Popular Mobilisation Units (PMU), have announced that they will take part in the operation to reclaim the city from IS. With tens of thousands of men under their command, and close ties to Iran, it is proving difficult for Iraq's central government to control these groups.

The Hashd have proven themselves to be an effective part of the fight against IS - but there is strong evidence of human rights abuses in virtually every theatre in which they have operated. In Fallujah, they stand accused of killing and torturing civilians who fled the fighting.

If the Shia militias join battle, it may stiffen the defence of the city, with defections to incoming forces less likely and terrified locals turning to IS as protectors against the perceived Shia threat. Their presence would play into the hands of the militants, who have sought to inflame sectarian tensions in Iraq at every turn.

It would also tempt Turkey to play a more active role in the campaign, according to Atheel Nujaifi, the former governor of Nineveh province, who enjoys close ties with Ankara.

Nujaifi was removed from office in the wake of the IS takeover of Mosul, but remains in influential figure in Iraqi politics. He has raised a militia that is receiving money and military training from the Turkish army at a base just behind the Kurdish frontlines. Known as the Hashd al-Watani, several thousand men have received training by a well-armed Turkish army contingent entrenched near the IS-held town of Bashiqa.

The former governor hopes that his outfit will either take part in the battle or be deployed to police the city once the fighting is over, so increasing his sway in post-IS Mosul.

He sees the Turkish troops as a safeguard against possible Shia militia atrocities.

"If the Hashd al-Shaabi do not participate in the fight then Turkey will not either. But if the Hashd come to Mosul then the Turkish army will reach the city before them," Nujaifi told MEE.

But the Turkish base has drawn the ire of Baghdad, which has repeatedly called on Ankara to withdraw its troops ahead of the Mosul offensive. Turkey has flatly refused to comply with these demands, with Turkish President Recep Erdogan instead hurling personal insults at Iraqi Prime Minister Haider Abadi in response.

In an increasingly heated standoff, the Hashd have turned Nujafi's argument around. In spite of their public clamouring, the militias were poised to stay out of the operation, but now point to Turkey's refusal to leave Iraq as a reason to enter Mosul.

"The Turkish army presence in Mosul will increase the level of PMU," said Haitham al Mayahi, an advisor to Hadi al-Ameri, the head of the Badr Organisation, one of the largest Shia militia groups.

"Their military forces are in our country are not as advisors, they are soldiers and occupiers with weapons," adds Mayahi, warning that if Turkey does not withdraw its troops, it will be regarded as "another enemy like IS."

With the rhetoric heating up, the army is nervous about the risk of escalating tensions derailing its campaign.

"Don't ask that question again," snaps Colonel Faris Sabri, the army spokesperson at Makhmour, when asked if the PMU will move on Mosul. 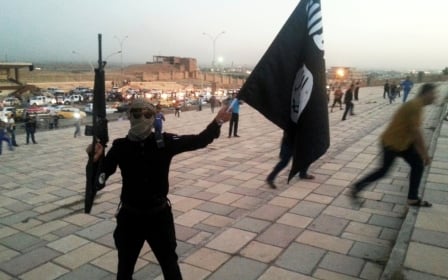