Russia has pledged 11-hour daily pauses in the bombing for four days, but only if rebels do not use them to regroup or launch new attacks A "humanitarian pause" took effect on Thursday in the Syrian army's Russian-backed assault on rebel-held areas of Aleppo, with Moscow pledging to halt bombing eastern areas of the city for 11 hours a day for four consecutive days.

However, the Russian military said its unilateral ceasefire will continue only if rebel groups do not use the pause to regroup or launch new attacks.

Rebel groups have rejected the ceasefire and calls upon them to leave the besieged city, with Jabhat Fateh al-Sham - the rebranded version of al-Nusra Front - saying on Thursday that it is preparing for a "new battle" that will "surprise the regime and its militias".

The nearly month-long Russian and Syrian bombing campaign in Aleppo has had horrific results with nearly 500 dead and food rations expected to run out by the end of the month, UN Secretary-General Ban Ki-moon said on Thursday.

"The conflict continues to reach new and awful depths," Ban told a special meeting of the General Assembly called by 72 countries in an initiative led by Canada.

"The results have been horrific", said the UN chief, with nearly 500 people killed and about 2,000 injured. More than a quarter of all deaths are children.

There were no reports of air raids over Aleppo on Thursday but the truce was quickly tested by fighting on the ground along a corridor that had been opened for civilians to flee.

The Syrian army had said it was opening eight corridors to provide safe passage, but the ceasefire suffered an early blow when clashes broke out at one of them, an AFP correspondent said.

The Russian military is broadcasting live streams from six of the corridors, but there were no signs that residents had heeded calls to leave.

Artillery exchanges erupted around the crossing point on the front line in the city centre, the photographer said. The state SANA news agency blamed "terrorist groups".

More than 250,000 civilians have been trapped in the rebel-held east which has been under near continuous siege since mid-July. They have faced devastating bombardment by Russian and Syrian government aircraft which only halted on Tuesday.

The Syrian army has said that two of its eight escape corridors from Aleppo could also be used by rebel fighters, provided they leave their weapons.

Residents interviewed by the AFP news agency said they were eager to leave but wanted more reassurance that they would be safe.

"Even though I need to leave because of the deteriorating living conditions caused by the siege and the lack of food or work, I don't want to risk my life or my family's by being among the first," said Mohammed Shayah, an unemployed father of four.

The UN has said that the duration of the truce will not be long enough to allow any relief supplies to be arranged, but UN envoy Staffan de Mistura said the ceasefire would be long enough to safely evacuate 200 wounded residents.

The head of the UN's humanitarian taskforce for Syria, Jan Egeland, said on Thursday that he hoped civilian evacuations will take place in Aleppo on Friday.
"We believe we now have all of the green lights that we need both from the Russians and the government and from the armed opposition groups," to begin evacuations on Friday, Egeland said following a humanitarian taskforce meeting.
"We hope that the first medical evacuations can take place tomorrow," he added, noting the World Health Organization, Red Cross and civil society groups would carry out the operation.

The sick and injured will be able to choose whether they want to be taken to government-controlled west Aleppo or Idlib, which is held by the opposition.

More than 2,000 people have been wounded since the army launched its offensive, according to the UN. Some 400 have been killed.

The civilian casualty toll has drawn international condemnation with Washington saying the bombardment could amount to a war crime. Moscow has dismissed the accusation, calling it propaganda that ignores the reality of militants present in rebel-held areas who have been blacklisted by the UN.

It has repeatedly demanded that fighters of other rebel groups break ranks with those of the former Al-Qaeda affiliate, the Fateh al-Sham Front.

The UN has urged the group's fighters to leave Aleppo and its envoy even offered to accompany them. But both the militants and other rebels have insisted they will fight on.

Russian President Vladimir Putin held tough talks with the French and German leaders in Berlin on Wednesday about the crisis, after which he raised the possibility of extending the unilateral ceasefire.

French President Francois Hollande has condemned the bombing of Aleppo as "a war crime". German Chancellor Angela Merkel described it as "inhumane and cruel".

Syria analyst Thomas Pierret, of the University of Edinburgh, said the halt in Russian air strikes was about Moscow "managing international pressure".

"Russia is periodically trying to mitigate tensions with the West on Aleppo through such initiatives. This is the continuation of war by diplomatic means," he said.

Five years of efforts to put an end to the conflict in Syria have all failed, but over the past week world powers have made new efforts to broker a lasting truce.

Besides the Berlin summit, talks were held on Wednesday in Geneva between Russian and US officials and representatives of key rebel backers Qatar, Saudi Arabia and Turkey on distancing other opposition groups from more extreme militants. 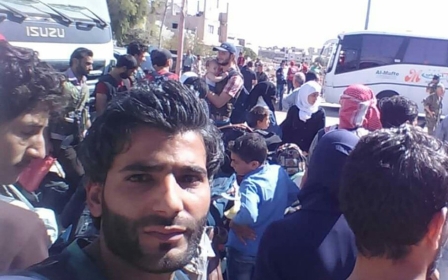 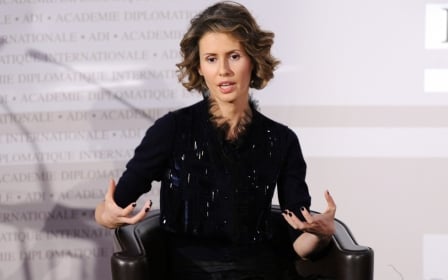