Mohammed bin Salman has intensified his crackdown against journalists since his appointment as crown prince in June 2017 (AFP).
By
MEE staff

Saudi Arabia's national journalists association has announced plans to launch a media forum and award in what its head said was an attempt to "boost the kingdom’s reputation", following international outrage over the murder last year of journalist Jamal Khashoggi.

The Saudi Journalists Association said on Monday that it would sponsor a media awards ceremony and a forum titled "Media Industry: Opportunities and Challenges", both to be held by the end of November, according to the Saudi Press Agency.

According to Khalid al-Malik, the director of the association, the forum would seek to “cement Riyadh’s name as the Arab media capital” and to “boost the Kingdom of Saudi Arabia’s reputation as a leading country in the global political and economic arena," SPA reported.

Al-Malik added that the forum would aim to provide a platform for Arab and international journalists to meet and discuss the challenges facing the industry.

Since Mohammed Bin Salman’s appointment as crown prince in June 2017, the kingdom has intensified its crackdown on dissidents, including independent journalists.

A media prize will do nothing to repair the extensive damage to #SaudiArabia’s international image in the wake of Jamal #Khashoggi’s murder. As we said on our mission to Riyadh, the only way to begin to move forward is releasing the 30 jailed journalists. https://t.co/sit4XLuuOJ

The kingdom does not permit independent media, and the number of journalists detained for criticising the government has tripled since 2017, according to RSF.

"Journalists who voice criticism or analyse political problems are liable to be fired or detained under criminal code provisions or under the terrorism or cybercrime laws on charges of blasphemy, “insulting religion,” “inciting chaos,” “jeopardising national unity,” or "harming the image and reputation of the king and the state,” the press freedom watchdog said.

Bin Salman’s attempt to promote his image as a reformist have been badly damaged by the killing of Khashoggi by a Saudi hit squad inside the kingdom's consulate in Istanbul last October.

Khashoggi, who wrote for the Washington Post and Middle East Eye, was an independent journalist based in Washington prior to his killing.

The CIA has concluded that Bin Salman ordered Khashoggi’s murder, although US President Donald Trump has strongly defended the crown prince. 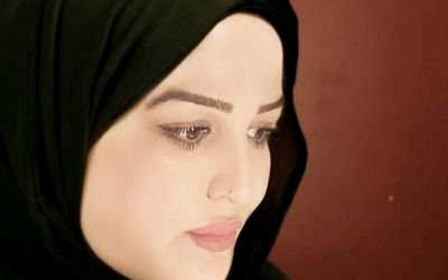