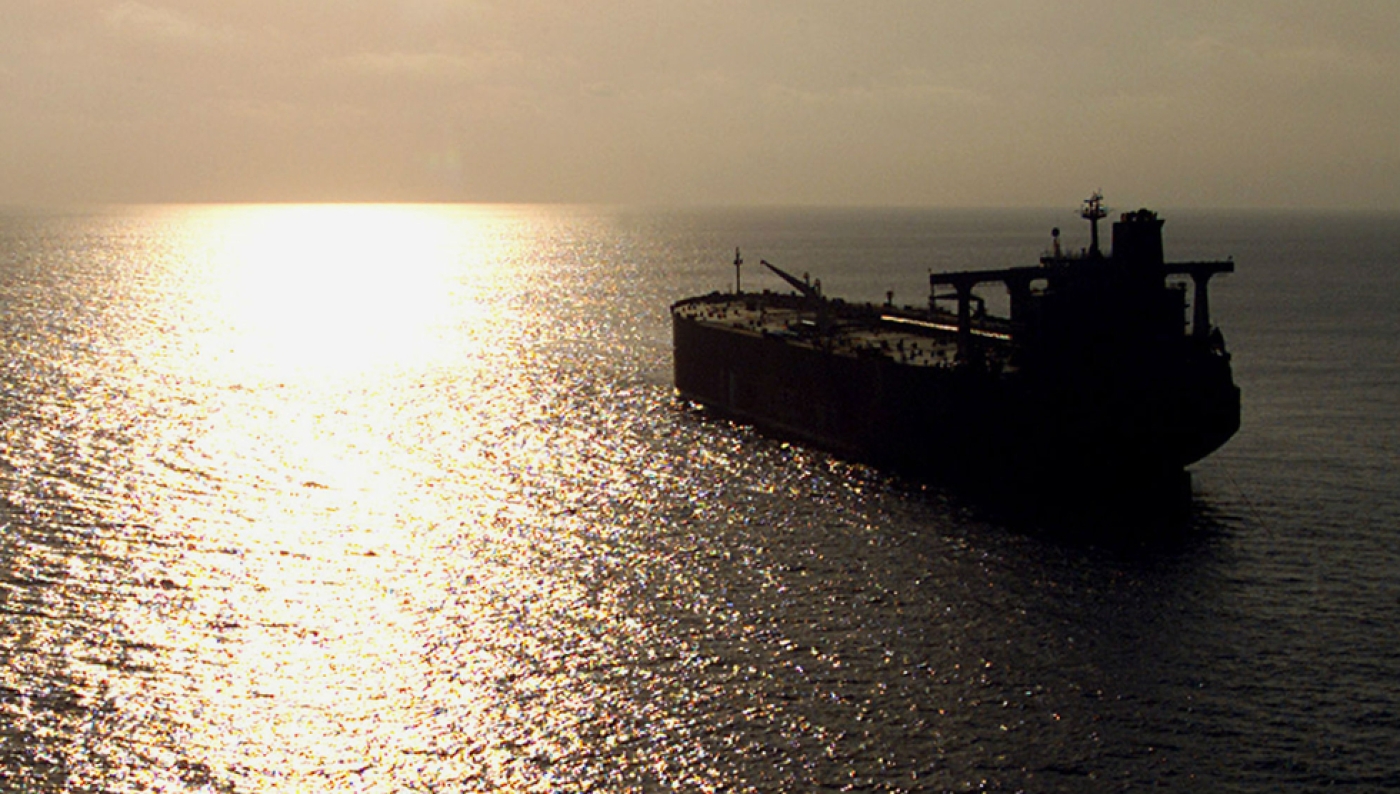 Saudi Arabia has said it is "temporarily halting" all oil shipments through the strategic Red Sea shipping lane of Bab al-Mandeb after an attack on two big oil tankers by Yemen's Houthi movement.

In a statement released by his ministry on Thursday, Saudi Energy Minister Khalid al-Falih said that the Houthis had attacked two Saudi very large crude carriers (VLCCs) in the Red Sea on Wednesday morning, one of which sustained minimal damage.

Yemen, where a Saudi-led coalition has been battling the Houthis in a three-year war, lies beside the southern mouth of the Red Sea, one of the most important trade routes in the world for oil tankers.

The tankers pass near Yemen's shores while heading from the Middle East through the Suez Canal to Europe.

Most exports from the Gulf that transit the Suez Canal and the Sumed pipeline also pass through the Bab al-Mandeb strait.

An estimated 4.8 million barrels per day of crude oil and refined petroleum products flowed through the waterway in 2016 towards Europe, the United States and Asia, according to the US Energy Information Administration.

The Bab al-Mandeb strait, where the Red Sea meets the Gulf of Aden in the Arabian Sea, is only 20km wide, making hundreds of ships potentially easy targets.

The ministry statement said both tankers that were attacked were operated by Saudi shipping company Bahri, which had earlier said that one of its VLCCs had suffered minor damage in an incident in the Red Sea, without elaborating.

"The two million barrels capacity for each tanker were full of crude oil cargo at the time and were headed for export. One of the VLCCs sustained minimal damage," Falih said.

"Fortunately, there were no injuries or oil spill that would have resulted in catastrophic environmental damage. Efforts are currently underway to move the damaged ship to the nearest Saudi port."

The escalation of tensions in the strategic region could encourage outside powers to intervene, said Ellen Wald, author of the book "Saudi Inc".

"The Red Sea is a very important shipping lane. If there is a major disruption, European powers, Egypt and the United States would all have reason to intervene," she wrote in Forbes magazine.

"An international intervention against the Houthis may be just what Saudi Arabia wants."

Saudi Arabia accuses Iran of supplying missiles and arms to the Houthis, which both Tehran and the Houthis deny.

The Western-backed coalition led by Saudi Arabia launched an offensive in June to wrest Yemen's main port of Hodeidah from the Houthis, in a bid to cut off the primary supply line of the movement, which holds the most populated areas of Yemen, including the capital Sanaa.

Earlier this month, the alliance called a halt to the offensive in order to give UN efforts to reach a political solution a chance. Such a solution would avert an assault on the port, which is a lifeline for millions of Yemenis.

One of the coalition's main justifications for intervening in Yemen's war in 2015 was to protect shipping routes such as the Red Sea. It has said it foiled previous attacks there in April and May.

The coalition said in a statement carried by Saudi state media on Wednesday that the Houthis had attacked one oil tanker west of Hodeidah, but did not name the vessel or describe how it was attacked.

"Thankfully the attack failed due to immediate intervention of the coalition's fleet," it said without providing details.

Global oil prices rose slightly after the incident but industry experts said the increase was likely to be minimal and short-lived.

"The Saudi halt will cause prices to increase slightly and for a limited period," Kuwaiti oil expert Kamel al-Harami said.

"It will cause a 15-day delay in oil shipments as they have to re-route through south of the African continent," Harami told the AFP news agency.

The main impact of the incident appears to be military, according to Harami.

"It could be a reason for increased naval presence for many countries, mainly the United States and Russia, thus resulting in an escalation of tensions," he said.

The Houthis' Al Masirah TV had said on Twitter that they had targeted a warship named the Dammam off the western coast of Yemen in what the group later said was a missile attack.

In a separate statement carried on the Houthi-run SABA news agency, the group said it had also targeted a coalition frigate off the coast of al-Durayhmi in southern Hodeidah.

The Houthis, who have also launched missile attacks on Saudi cities, including the capital Riyadh, have threatened to block the strait of Bab al-Mandeb several times to force the coalition to stop its air strikes.

On Thursday, Houthi leader Mohammed Ali al-Houthi claimed the group's navy had the capacity to reach the high seas and Saudi ports.

"[But] we were taking into consideration to keep the navigation through Bab al-Mandeb safe, and to not provide the aggression forces an excuse that the waterway is under threat," the Houthi leader said in a post on Twitter.

The coalition has carried out a campaign of thousands of air strikes and restricted imports into Yemen.

On Monday, humanitarian organisations warned the country is close to famine after a 25 percent increase in levels of severe hunger this year and the offensive on the Hodeidah port.

Thousands more people have been displaced by the conflict and many are having to skip meals and beg on the streets, they said, with an estimated 8.4 million people already on the verge of starvation.

"We perceive the country to be sitting on a knife edge in terms of famine - it could tip at any time really," Suze van Meegen, spokeswoman for the Norwegian Refugee Council, told the Thomson Reuters foundation by phone from the capital, Sanaa.

"The desperation we are seeing is becoming greater - more people are begging in the streets."

The UN World Food Programme said four in every 10 children under five were now acutely malnourished, and put the number of people displaced since the Hodeidah offensive began at 200,000.

James Dorsey, an expert on Middle East affairs, said the attacks on oil tankers would draw international attention to Yemen.

"A spike in oil prices... may be short-lived, but the impact on Yemen's forgotten war is likely to put the devastating conflict on the front burner," he said.

"The halt of oil shipments could provoke an escalation of the conflict with external powers intervening in a bid to assist Saudi Arabia."

"The halt potentially offers Saudi Arabia and the United Arab Emirates an opportunity to focus international attention on resolving a civil war aggravated and turned into a regional conflict by the two Gulf states' military intervention," Dorsey said. 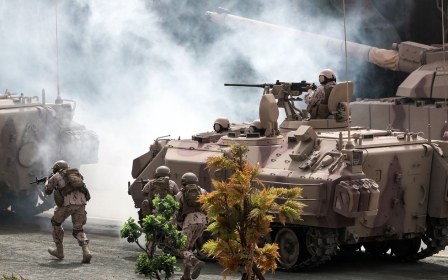