An air strike hit an MSF facility on Monday, killing 19 people (AFP)
By
MEE and agencies

The Saudi-led coalition bombing Yemen said on Friday that it "deeply regrets" a decision by Doctors Without Borders (MSF), one of the only international aid groups still active on the ground in Yemen, to withdraw after a coalition strike on Monday killed 19 people at one of its hospitals.

Doctors Without Borders (MSF) said on Thursday that it will be evacuating its staff from six hospitals in northern Yemen after an air strike hit one of its facilities earlier this week.

Saudi-led coalition air strikes on Monday struck a hospital in the rebel-held province of Hajja, killing 19 people and wounding 24.

The strike on Abs hospital in the rebel-held province of Hajja was the fourth and deadliest attack yet on an MSF facility in war-torn Yemen, according to the charity.

The decision to withdraw "is never taken lightly," the Paris-based charity said in a statement.

“Given the intensity of the current offensive and our loss of confidence in the Saudi-led coalition's ability to prevent such fatal attacks, MSF considers the hospitals in Saada and Hajjah governorates unsafe for both patients and staff," it added.

“The hospitals will continue to be manned by local workers and volunteers,” MSF said.

Responding to the decision, the Saudi-led coalition said it is working to hold "urgent meetings" with the aid group to resolve the situation.

"The coalition to support legitimacy in Yemen expressed its deep regret over MSF's decision to evacuate its staff from six hospitals in northern Yemen, and asserts its appreciation for the work the group is undertaking with the Yemeni people in these difficult circumstances," the coalition said in a statement carried by Saudi state news agency SPA.

The coalition said it was committed to respecting international humanitarian law in all its operations in Yemen and had set up an independent team to investigate incidents in which civilians are killed.

The coalition this week set up two separate probes to investigate its own actions, one following the hospital strike and the other following a strike said to have killed 10 children at a school.

"The coalition is seeking to hold urgent meetings with MSF to find a way on how to jointly find a solution to this situation," the statement said.

Monday's bombing of Abs hospital drew international condemnation, prompting the coalition to announce an independent investigation into the attack.

MSF said it had shared the hospital's GPS coordinates with all parties involved in the conflict.

"Coalition officials repeatedly state that they honour international humanitarian law, yet this attack shows a failure to control the use of force and to avoid attacks on hospitals full of patients," it said.

"MSF is neither satisfied nor reassured by the SLC's statement that this attack was a mistake."

It also accused all sides in Yemen's war of "indiscriminate attacks without any respect for civilians".

Yemen has been gripped by unrest since Houthi rebels from the north and allied loyalists of former president Ali Abdullah Saleh overran the capital Sanaa in September 2014.

The violence increased after a Saudi-led Arab coalition launched a military campaign in March last year to help shore up the government of President Abedrabbo Mansour Hadi.

The coalition stepped up its air strikes this month after UN-mediated peace talks between the rebels and Yemen's internationally backed government were suspended. 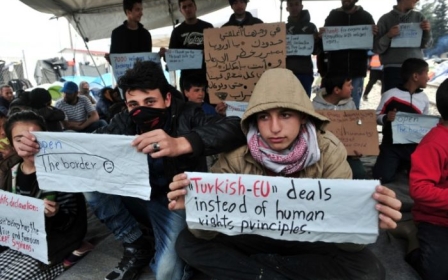