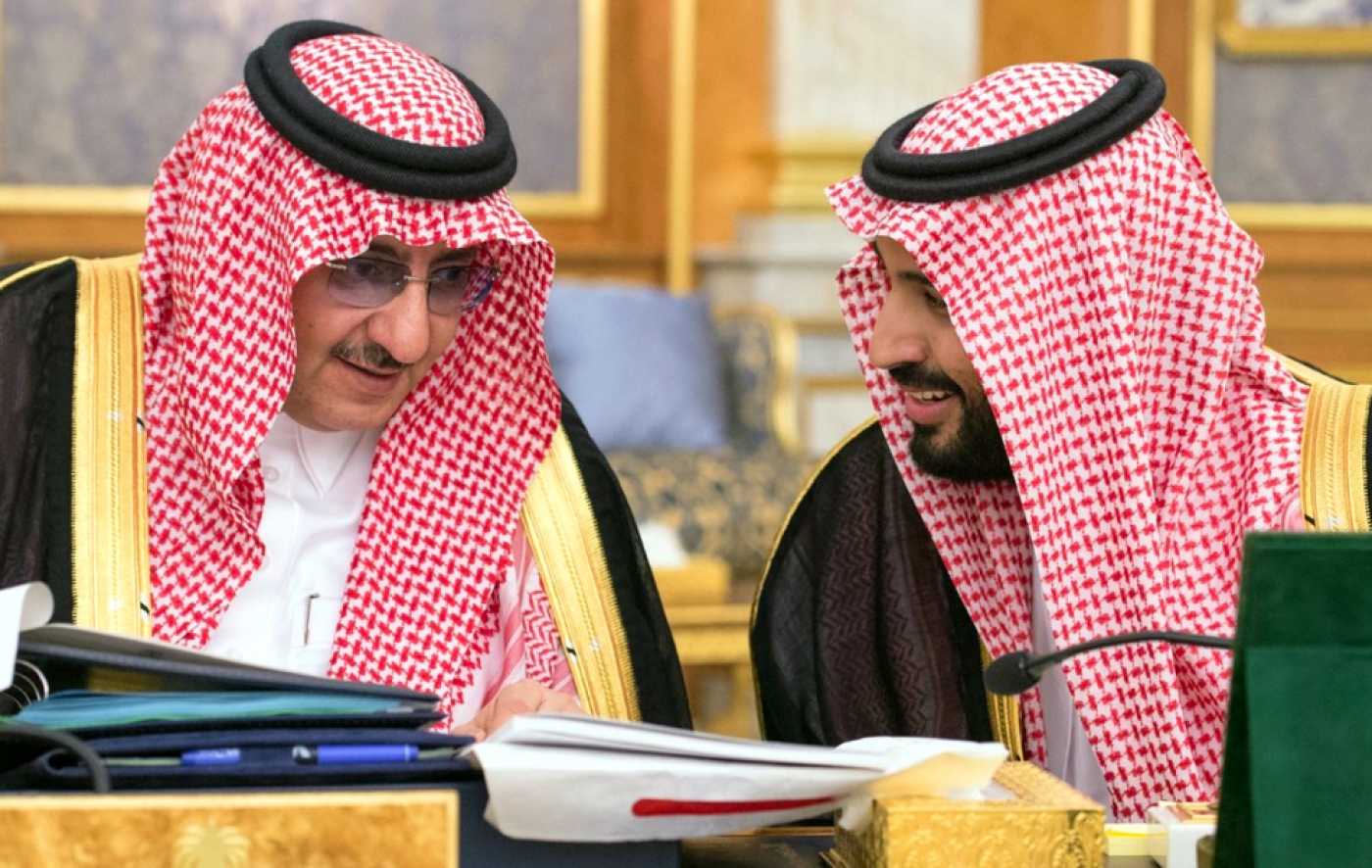 Saudi Arabia’s Crown Prince Mohammed bin Nayef bin Abdulaziz is healthy and not “near death” as recently reported by an American intelligence official, according to a regional security and defence company.

Tactical Report, which specialises in providing intelligence from the Middle East, reported on Tuesday that the heir to the Saudi throne, Prince Mohammed, is “fine and in good condition and does not suffer any health problems”.

During a visit to the United States by Prince Mohammed’s cousin and rival for the throne Prince Mohammed bin Salman bin Abdulaziz, news channel NBC quoted two American intelligence officials as casting doubt over the health of the crown prince.

One intelligence official said Prince Mohammed was “not in great health” while another went further and said the 56-year-old “may be near death”.

The crown prince, according to Tactical Report, is said to be “very upset” that the Saudi American Public Relation Affairs Committee (SAPRAC) has not done anything to oppose false reports that he is unwell.

SAPRAC was launched in March this year to "foster greater understanding between Saudi Arabia and the United States," according to its website. It is the first Saudi public affairs organisation to operate in the United States.

Tactical Report quoted sources close to the crown prince as saying the US government “knows well” that he is in good health, adding that they know about his wellbeing because he is well looked after by an American medical team.

A well-informed Saudi source told MEE on 18 June that the crown prince is “fit enough to enjoy hunting trips to Algeria every year”.

“The last one [hunting trip] was six months ago,” the source said, adding that there is “no basis” to believe Prince Mohammed is unwell.

The prince has been targeted for assassination several times in his life. The most serious attempt was in 2009 when a suicide bomber detonated at his home in the port city of Jeddah, causing him minor injuries.

Prince Mohammed is said to undergo regular health check-ups and in 2011 he had shrapnel removed from his body that had been lodged in him since the 2009 assassination attempt.

While Prince Mohammed is officially first in line to the throne, it is King Salman’s young son Mohammed bin Salman who is widely reported as being most likely to be the next king of Saudi Arabia.

The 30-year-old deputy crown prince’s visit to the United States was viewed by many as an attempt to shore up support for him in Washington, which has traditionally favoured the experience of their long-time ally Crown Prince Mohammed.

However, Deputy Crown Prince Mohammed bin Salman's recent rise may force Washington's hand into supporting the young royal if their alliance with Riyadh is to be maintained. The deputy crown prince has appeared in public far more often that his cousin the Crown Prince in recent months.

The prince, who is also the kingdom’s defence minister and has led the controversial war in Yemen, has given a series of interviews to English-language media about his economic vision for diversifying Saudi Arabia’s economy away from its reliance on oil.

It is not known whether his trip to Washington has won him the support he sought. However, NBC reported that American national security officials believe that if the deputy crown prince does not succeed then there could be “chaos in the kingdom”.

“It’s him or it’s ISIS,” one Saudi expert told the news channel, using an alternative acronym for the Islamic State group.