Saudi Arabia denies that Jamal Khashoggi, missing since Tuesday, is still in the building which Turkish security forces have surrounded Turkish and Saudi authorities have given conflicting accounts about the whereabouts of Saudi commentator Jamal Khashoggi, who moved to Washington last year fearing retribution for his views, and has not been seen two days after entering the Saudi consulate in Istanbul.

Ibrahim Kalin, a spokesperson for Turkish President Recep Tayyip Erdogan, said on Wednesday that Khashoggi remained inside the mission.

"The information we have so far is that the Saudi journalist is still in the Saudi consulate in Istanbul," Kalin told MEE.

After an initial period of silence, Saudi Arabia said the consulate was working with Turkish authorities "to uncover the circumstances of the disappearance of Jamal Khashoggi after he left the consulate building" in a statement published on Thursday by the state-run SPA news agency.

Kalin said the Turkish foreign ministry and police were monitoring the situation.

"We will continue to follow the issue very closely," he said. "Our relevant offices are in contact with their counterparts."

Khashoggi, who lives in a self-imposed exile after angering the Saudi government, vanished on Tuesday after visiting the consulate to obtain personal status documentation, his fiancee told MEE.

A Saudi official responded to Kalin's comments, however, telling Reuters: "He is not in the consulate, nor in Saudi custody".

He is not in the consulate, nor in Saudi custody

Reporters Without Borders said Khashoggi's disappearance was "extremely worrying," calling on Saudi and Turkish authorities "to do everything to ensure that this journalist reappears – free – as soon as possible."

The Committee to Protect Journalists said the Saudi's disappearance was a cause for alarm "given the Saudi authorities' pattern of quietly detaining critical journalists".

Turkish sources and his fiancee maintained throughout Wednesday that Khashoggi was still inside the consulate.

A knowledgeable Turkish source told MEE that authorities checked surveillance cameras in the areas surrounding the consulate, but they did not find evidence of Khashoggi leaving the building.

According to the source, two private Saudi jets left from Istanbul on Wednesday, but their passengers did not include Khashoggi.

The Saudi ambassador in Ankara, Walid Bin Abdul Karim El Khereiji, had been summoned to the Turkish foreign ministry, but he refused to confirm or deny whether Khashoggi was still in the consulate, the source said.

The source added that while the authorities are confident that the journalist is still in the consulate, there was a five-hour window before the alarm bells were raised about Khashoggi's disappearance. He said it is possible that he could have been discreetly smuggled out of the consulate during that time.

Turan Kislakci, a friend of Khashoggi and head of the Turkish-Arab Media Association, also confirmed that Khashoggi has not left the building.

"We are certain that Jamal is being held inside unless the consulate has a tunnel," he told AFP on Wednesday.

One source told MEE that Turkish security forces surrounded the building on Tuesday evening and have stayed in place until now.

“I don’t know what [the Saudis] are going to do, but they know very well that the moment he steps out, he will be safe,” the source told MEE. “My expectation is that he may get some bad treatment, but they will release him.”

On Wednesday afternoon, a Saudi official told Reuters that reports that Khashoggi went missing in the consulate "are false" and that he had exited the building shortly after requesting paperwork.

My expectation is that he may get some bad treatment, but they will release him

Hatice Cengiz, Khashoggi’s fiancee and a Turkish citizen, told MEE that he had been asked last week to return to the consulate to complete an application relating to a family matter.

He entered the Saudi nationals section at around 1pm on Tuesday, and reportedly left his phone with Cengiz with instructions about what to do if he did not come back. She waited for him until the consulate closed at 3pm, but he had not come out by that time so she contacted the police.

Cengiz returned to the consulate on Wednesday, joined by a friend. She told MEE that she was too depressed to talk. Her friend, however, expressed confidence in the Turkish authorities' ability to see Khashoggi's release.

"We know very well that the government is on it, they will inform us," she said.

Khashoggi, 59, is a former editor-in-chief of Saudi newspapers Al-Arab and Watan. He previously served as the media advisor to Prince Turki al-Faisal during his tenure as ambassador in London and Washington.

The seasoned journalist studied at Indiana State University and has been based in Washington DC since he fled Saudi Arabia in 2017 over fears of the new government’s crackdown on critical voices.

Khashoggi is considered a Saudi nationalist, and before leaving Saudi Arabia in September 2017, he was seen as close to the royal court.

However, friction between him and the kingdom’s rulers began to emerge after comments at the Washington Institute for Near Eastern Policy, warning that Saudi Arabia should be “rightfully nervous about a Trump presidency”.

Authorities informed him that he was banned from writing and tweeting soon after. Worried by these actions, Khashoggi decided to leave the country.

Since then, he has primarily been living in the US capital, writing for the Washington Post. His columns have criticised Saudi Arabia’s policies towards Qatar and Canada, the war in Yemen, and a crackdown on the media and activists.

"It would be unfair and outrageous if he has been detained for his work as a journalist and commentator. Jamal is a great writer and insightful political observer, deeply committed to the open exchange of ideas; we are honoured to have his point of view be part of our Global Opinions. We hope that he is safe and that we can hear from him soon."

The US State Department said it was aware of the reports on Khashoggi's apparent disappearance.

"We have seen these reports and are seeking more information at this time," a US official told MEE via email.

According to a friend of Khashoggi, the journalist’s Saudi wife divorced him following his fallout with the Saudi authorities. He was visiting the Istanbul consulate to obtain proof of his divorce required by Turkish authorities to marry his fiancee.

Last year, Saudi authorities also reportedly held Lebanese Prime Minister Saad Hariri and put him under house arrest. Both Hariri and Riyadh denied the reports, but European officials, including French President Emmanuel Macron, confirmed that the prime minister was detained by the Saudis.

While MBS has led a modernisation campaign to counter the kingdom's image as an ultraconservative society with a repressive government, rights groups say the crackdown against human rights activists has escalated.

"The Saudi government appears determined to leave its citizens without any space to show even rhetorical support for activists jailed in this unforgiving crackdown on dissent," Sarah Leah Whitson, Middle East director at Human Rights Watch, said in a statement earlier this year. 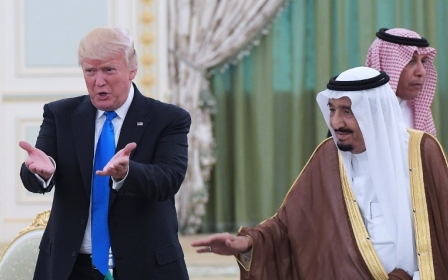 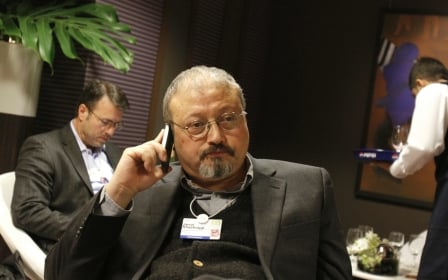