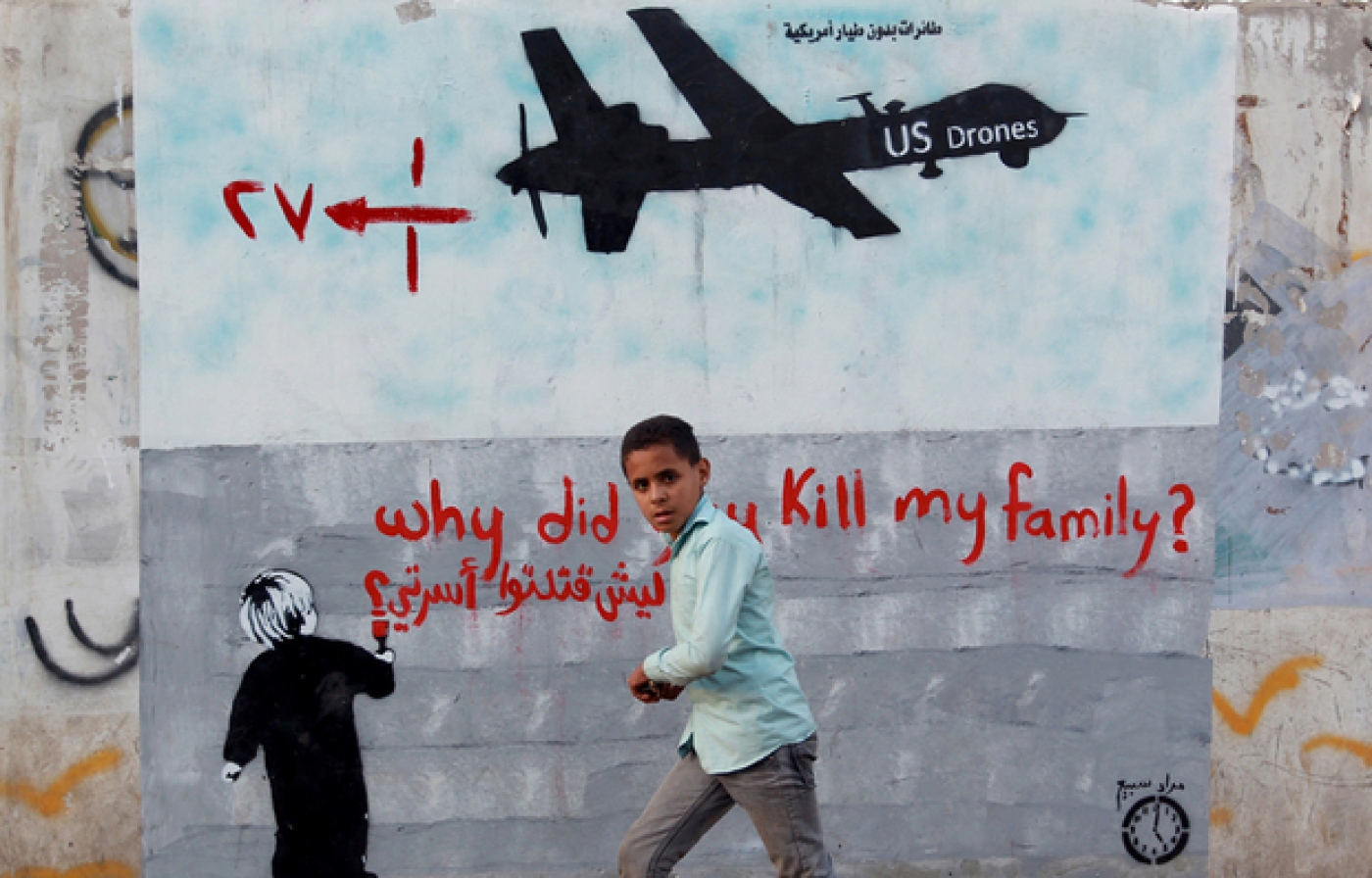 The Saudi-led coalition blockade on Yemen’s air, sea and land borders was condemned on Tuesday by the UN in Geneva.

On Saturday, Saudi Arabia denied clearance to UN aid shipment and flights that carried fuel food and medicine imports to Yemen, where some seven million Yemenis are on the brink of famine.

The UN described the blockade as “catastrophic” for the twenty million Yemenis that live in the war-torn country which has “the world's worst humanitarian crisis".

The coalition described Houthis’s attack as "an act of war” by Iran.

Adel Jubair, Saudi foreign minister told the CNN that “Iran cannot lob missiles at Saudi cities and towns and expect us not to take steps.”

This was the coalition justification for the blockade on Yemen.

Houthis launched the missile a few hours after the resignation of the Lebanese Prime Minister Saad al-Hariri in Riyadh.

The resignation was seen by Iran as a move to destabilise the Middle East.

Volcano H2 is a Yemeni developed ballistic missile that reach beyond 300 kilometres.

Yemini ports are under Saudi-led coalition surveillance since the launch of Operation Decisive Storm in March 2015.

Though it’s impossible to see how Ballistic missiles could be smuggled via air to the Houthis held areas by Iran; it’s difficult for the Saudi kingdom to surveillance more than 1400 kilometres land borders with Yemen.

The coalition and US President Donald Trump have both blamed Iran for the Houthis’s missile attack, but the head of Iran's Revolutionary Guards denied the accusations on Sunday, rejecting Trump's remarks as "slanders".

The Saudi-led Arab military coalition intervened in Yemen in 2015 to support President Abd Rabbuh Mansour Hadi after the Houthis forced him into exile.

Reports said on Tuiesday that Hadi and his son were placed under 'house arrest' in Saudi Arabia after accusing the UAE of acting like an occupier after taking control of Aden airport.

The coalition have been regularly criticised by the UN for blocking aid to civilians.

The United Nations has listed Yemen as the world's number one humanitarian crisis, with 17 million Yemenis in need of food, seven million of whom are at risk of famine and cholera causing more than 2,000 deaths.