At least 90 dead and more than 1,000 injured in clashes as television pictures show pro-Erdogan crowds celebrating on top of tanks in Istanbul 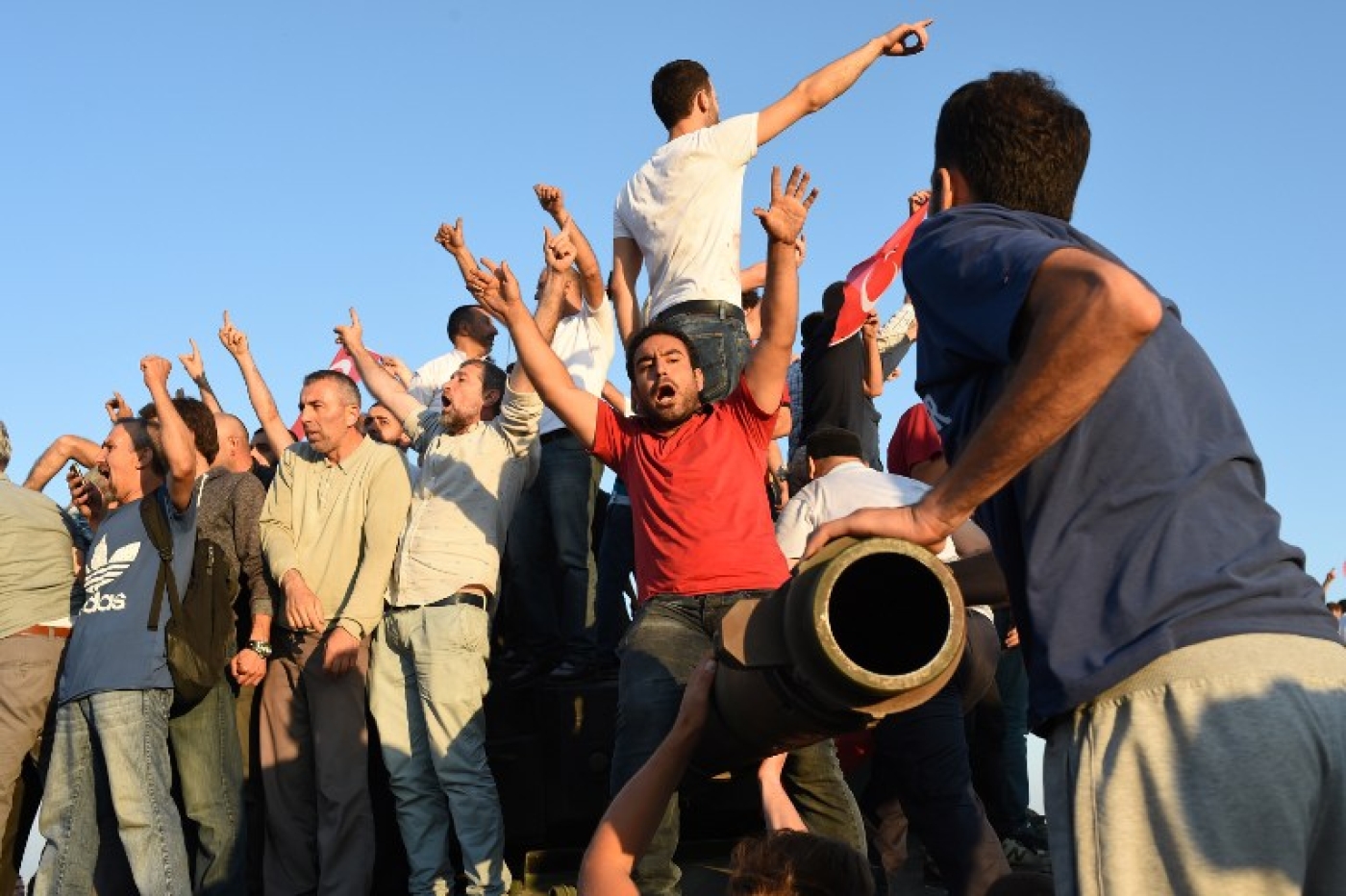 ISTANBUL, Turkey – The debris of serious fighting littered key locations in Turkey’s major cities on Saturday morning as the country woke up to scenes it hasn’t witnessed for more than nearly four decades.

The latest figures show 1,563 people have been arrested so far for involvement in the coup attempt, according to parliamentary speaker Ismail Kahraman who spoke during an emergency parliamentary session in Ankara, the capital, on Saturday morning.

At least 90 people were killed and more than 1,000 injured in clashes overnight in Istanbul, Ankara, and other cities between soldiers supporting the coup and pro-goverment protesters.

There remains confusion as to who is leading the military at the moment.

Turkish President Recep Tayyip Erdogan is reportedly still at Istanbul’s Ataturk Airport. The airport, also taken over by soldiers, was later restored to civilian hands after crowds marched on the airport.

Television pictures on showed dozens of soldiers who had backed the coup surrendering on a Bosphorus bridge in Istanbul that they had held through the night and which had seen some of the fiercest clashes.

The soldiers, dressed in full camouflage, walked out from behind their tank holding their hands above their heads. The state-run Anadolu news agency said 50 soldiers were arrested.

Pictures showed protesters jubilantly jumping onto one of the tanks left behind by the departing soldiers, cheering, making victory signs and waving the Turkish flag.

Ebru Rende, a businesswoman in Istanbul, told Middle East Eye she had been on the streets all night in the Basaksehir area near the city's main airport

"I was shocked when I heard the news [that a coup was under way]. I immediately took to the streets. Thousands of us are here. For once we are united as a country. Leftist, rightist, covered head, skirt-wearing, we are all here. I am overwhelmed with emotion. I will do anything for my country," she said.

The situation at military headquarters command remains fluid with fighting still being reported.

Meanwhile 60 tanks, loyal to the president, are headed for Istanbul from their base in Tekirdag to restore full order to the city, a Turkish official said.

Fighter jets are still flying over the presidential palace in Ankara with conflicting reports.

Protesters had earlier taken to the street in the tens of thousands to demonstrate against the coup launched late on Friday night.

TV images on local broadcast networks show growing crowds on the streets of Ankara and Istanbul, depite a curfew imposed by the military.

Mosques in Istanbul also used their loudspeakers to urge people to go out into the street to protest the coup.

Erdogan on Saturday blasted the coup attempt as "treason," putting the blame on supporters of his arch-foe, US-based Turkish cleric Fethullah Gulen, in defiant remarks after flying back to Istanbul.

"What is being perpetrated is treason and a rebellion. They will pay a heavy price for this act of treason," Erdogan said at Istanbul's Ataturk airport.

“They are trying to topple a government brought to power by the people's votes. We are willing to sacrifice our lives on this path we have chosen,” he said.