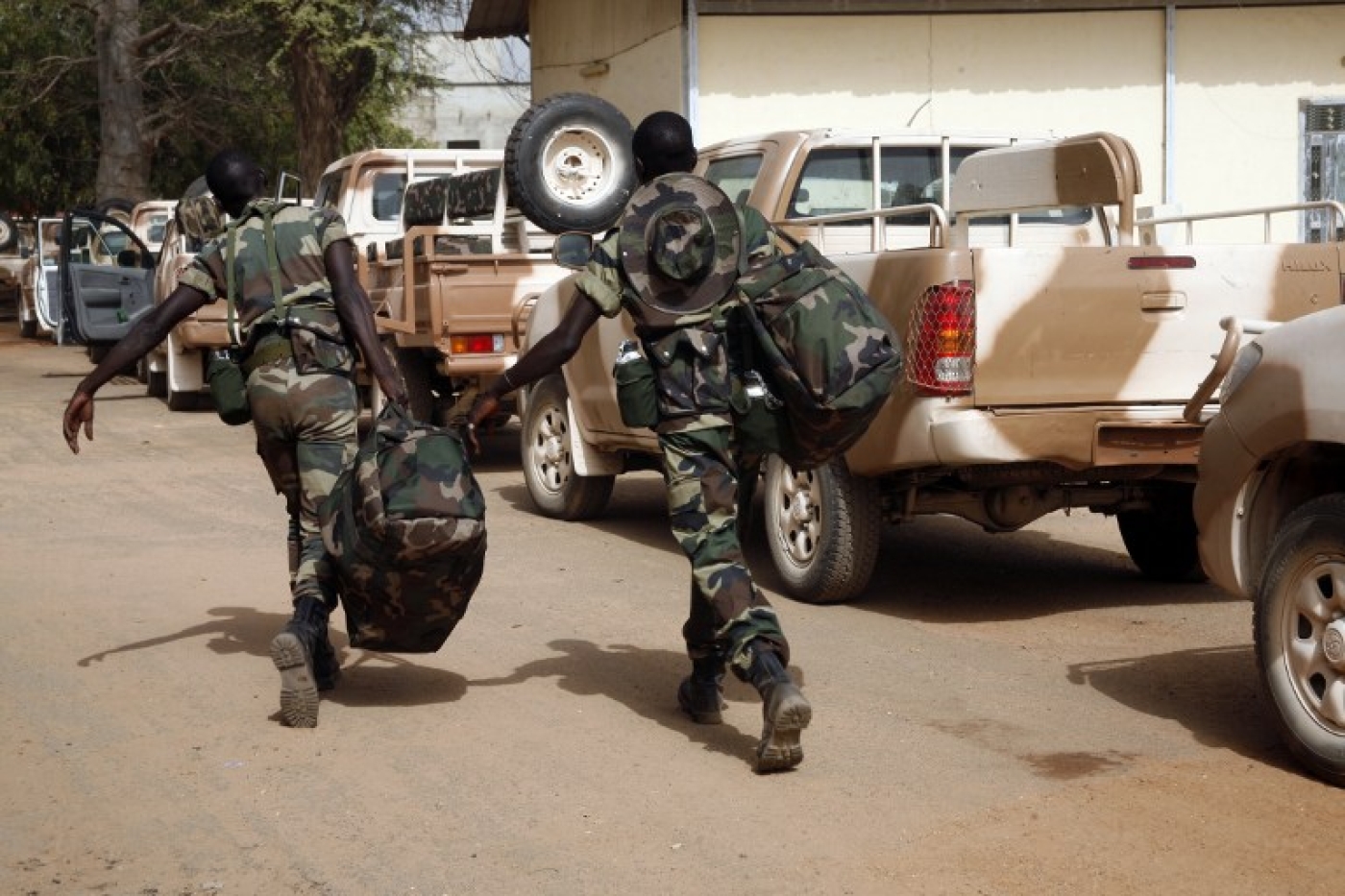 Senegalese soldiers at the Captain Moussa Dioum military camp of Bargny, near Dakar, on 2 February 2013 (AFP)
By
MEE and agencies

Senegal on Monday said it would send 2,100 soldiers to Saudi Arabia to join Riyadh's military coalition battling rebels in Yemen, at the request of Saudi King Salman.

Foreign Minister Mankeur Ndiaye made the announcement in a speech to the National Assembly, according to a copy of the remarks obtained by AFP.

Ndiaye said Riyadh originally asked Dakar to contribute to the Saudi-led coalition at the beginning of April.

Senegalese President Micky Sall "decided to respond favourably to this request by deploying a contingent of 2,100 men to the holy land of Saudi Arabia".

"The terms and other necessary arrangements for the deployment were made between the chiefs of the armed forces of the two countries," the foreign minister said.

"The most obvious potential benefit of a Senegalese military engagement alongside Saudi Arabia would be in the form of closer political and economic ties between the two, and almost certainly direct cash payments from Saudi Arabia to Senegal," Andrew Lebovich, a security and political analyst focused on West Africa, told the Washington Post.

The Saudi-led coalition launched airstrikes against the Shiite Houthi rebels and their allies on 26 March after they seized control of large parts of the country and advanced on the main southern city of Aden, where President Abd Rabbuh Mansour Hadi had taken refuge.

Hadi fled to Saudi Arabia and the Houthis - who have joined forces with army units loyal to ex-president Ali Abdullah Saleh - have refused to concede territory or down arms despite international pressure.

Senegal's declared involvement in the war is likely to be welcome news for the Saudis, who have struggled to convince allies to commit ground troops to any potential operation in Yemen.

A Yemeni government official told AFP on Sunday that the Saudi-led coalition had sent “limited” ground troops into the southern port city of Aden, saying that "another force" was also on its way.

A second Yemeni official told the Associated Press that at least 20 soldiers from the Arab coalition had entered the city on a "reconaissance mission".

Saeed al-Batati, an MEE contributor on the ground, said that Emirate and Sudanese troops were fighting against the Houthis at the city's airport.

However, Saudi Arabia quickly denied the veracity of the reports from inside Yemen - coalition spokesperson General Assiri said in a statement that "there are no foreign forces in Aden".

According to Ndiaye, previous Senegalese military deployments to the Middle East have included serving as part of the international coalition that liberated Kuwait following Iraq's invasion of the country in 1990.

Senegal committed troops to Saudi Arabia in the first Gulf war in 1991, and lost 92 soldiers when the Saudi transport plane carrying them crashed, according to Reuters.

Since independence from France in 1960, the country has deployed nearly 25,000 soldiers in more than 20 peacekeeping operations, he said.