Senior US senator moves to block aid to Egypt 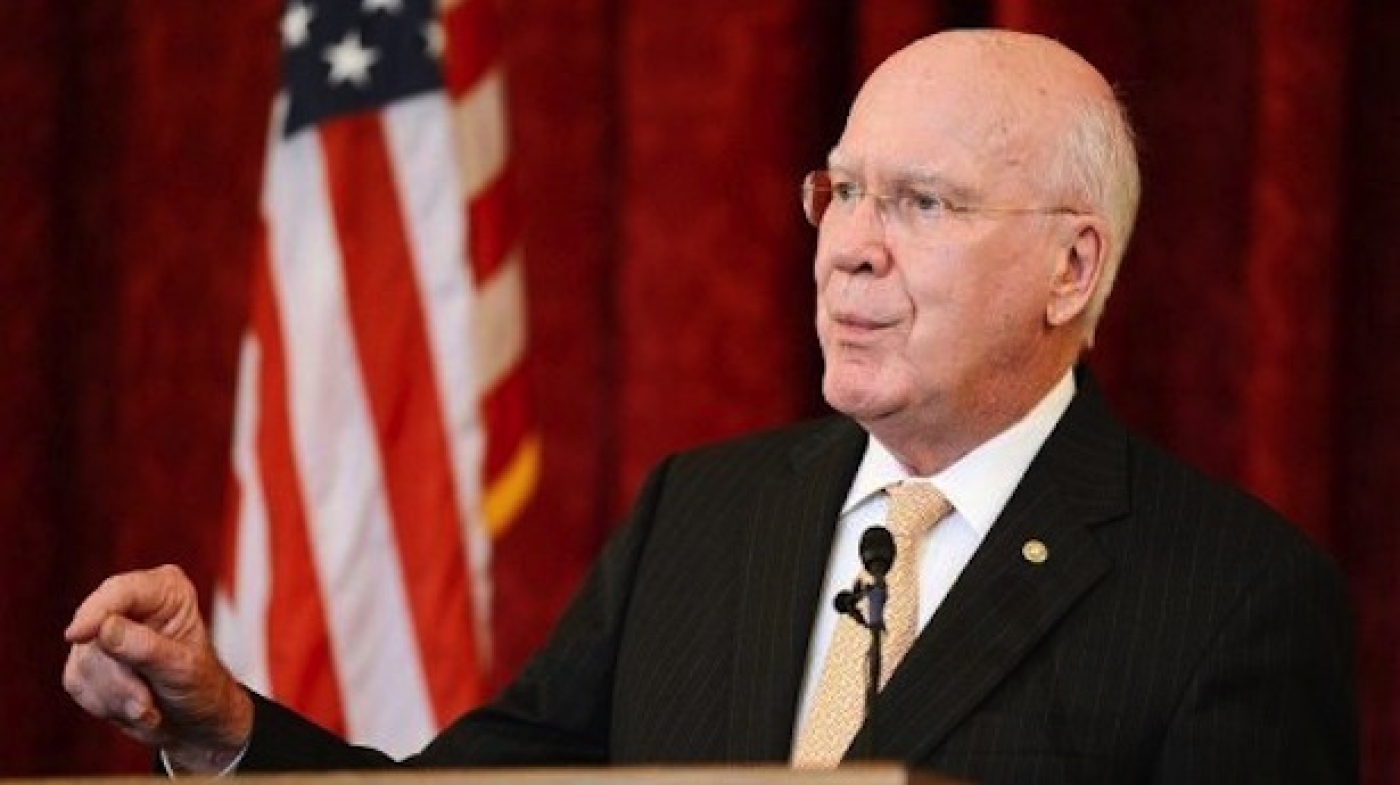 A senior US senator has moved to block hundreds of millions of dollars in aid to Egypt to protest the death sentences imposed on nearly 700 suspected Islamists.

Denouncing Egypt's "dictatorship run amok" and its "egregious violation of human rights," Democrat Patrick Leahy, who heads the Senate subcommittee overseeing foreign aid appropriations, said he is putting a hold on the $650 million in military aid greenlighted by the Pentagon last week.

"I am not prepared to sign off on the delivery of additional aid for the Egyptian military," Leahy said in a floor speech Tuesday.

"I am not prepared to do that until we see convincing evidence the government is committed to the rule of law."

The US administration last week partially lifted a six-month freeze on some $1.5 billion in mostly military aid to Cairo -- a key regional ally.

Washington had agreed to deliver 10 Apache helicopters for counterterrorism efforts in the unruly Sinai peninsula and $650 million in military aid, but withheld the rest of the funding until democratic progress is made.

But Leahy said Egypt is not worthy of the assistance until it takes immediate steps to improve its rights record.

"We cannot stand here and say we are troubled by hundreds of people being sentenced to death after a few minutes in a mass trial, but since we have been friends for so long we will go ahead and send you hundreds of millions of dollars in aid. No."

Leahy added: "I do not think the taxpayers of this country would condone that, and neither do I."

Egypt has relied for decades on American aid, which amounts to about $1.5 billion per year.

Leahy's action came as Egyptian Foreign Minister Nabil Fahmy was visiting Washington, the highest-level Egyptian official to do so since the army overthrew Morsi.

Fahmy met with Secretary of State John Kerry on Tuesday, and the minister is scheduled to meet Wednesday with leaders of the Senate Foreign Relations Committee.

That panel's chairman, Senator Robert Menendez, told AFP the death sentences imposed by an Egyptian court "are clearly terribly alarming, and make us wonder where Egypt is headed."

He said he would discuss the aid matter with Fahmy.

Holding the aid would no doubt prick the administration and potentially force it into complicated maneuvering to honor its Egypt commitments.

A Leahy aide said that continuing payments on existing US contracts is not the issue.

In the complex and longstanding US aid-funding process, new assistance such as that to Egypt is presented to congressional committee, and if no members object within 15 days, the aid moves ahead.

A block like Leahy's normally triggers a round of consultations with the administration, which would work with concerned lawmakers to reach an agreement before the aid flows.

"One does not build peace through mass executions. One builds peace through reconciliation, and that is true for Egypt and for all nations in the world," he said.

Paris had asked Egypt to take steps to ensure that they received a fair trial.

The death sentences have been widely criticised internationally.