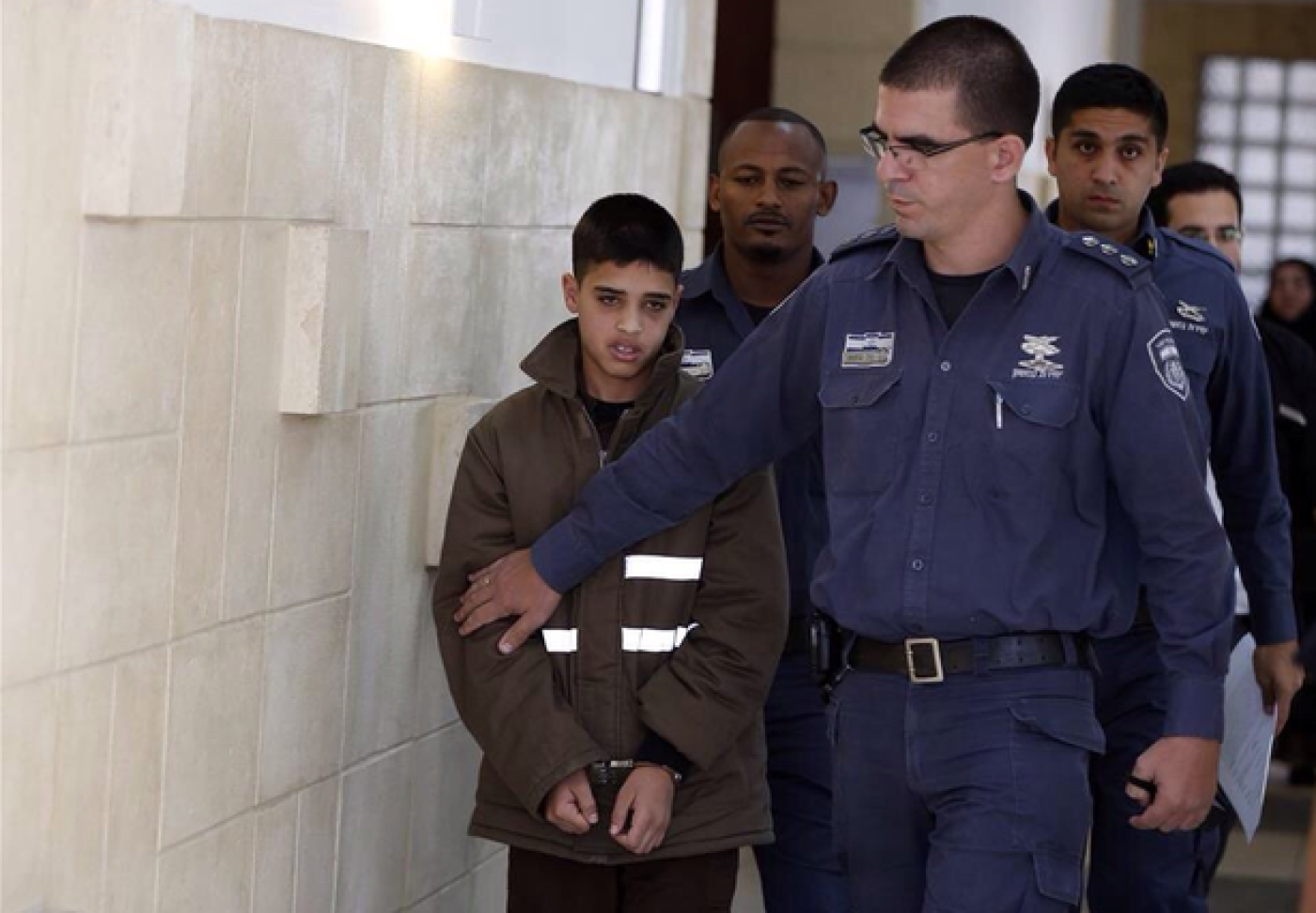 Photo of Ahmad Manasra, 13, as he is led by Israeli guards from the closed facility where he is detained (Twitter)
By
Linah Alsaafin

A 10-minute video showing an Israeli security interrogation of a 13-year-old Palestinian was leaked to local Palestinian media on Monday.

The video, in which the interrogator is seen yelling at Ahmad Manasra and repeatedly accusing him of attempted murder, has provoked a strong response from Palestinians, many of whom took to social media to express everything from horror at the treatment to respect for what they termed the teen's endurance under tough questioning. The video has also sparked outrage from human rights groups who insist that the case has been politicised and human rights norms pertaining to the treatment of minors are not being followed.

The case has also prompted the Israeli Justice Ministry to draft a bill that would allow children as young as 12 who are convicted of murder, attempted murder or manslaughter to be sentenced to jail. If the bill is passed, Israel would be one of few Western countries that allow prison sentences for children under 14, Haaretz reported.

Manasra was arrested on 12 October after allegedly taking part in a stabbing attack with his cousin, 15-year-old Hassan Manasra, in the Jewish settlement of Pisgat Zeev in East Jerusalem.

Two Israelis were injured in the attack. Hassan was shot dead at the scene by police, with Israeli media claiming that Manasra was run over by a car as he tried to run away.

A video of him lying on the ground bleeding, as a crowd of Israelis onlookers shouted abuse - spitting at him and yelling for him to die - quickly went viral.

Palestinian President Mahmoud Abbas later caused controversy by saying that the teenager had been executed by Israeli security forces, although the Israeli authorities quickly denied this and released images of Manasra lying in a hospital bed at the Hadasseh University Medical Centre in Ein Karem, Jerusalem.

Israeli NGO Physicians for Human Rights criticised the move at the time, arguing in a statement that the Israeli government’s decision to publish photographs of Manasra were purely political.

“The fact that it is a photo of a minor in custody who was photographed without his parents’ permission" is a violation of juvenile law and privacy laws, the statement said.

“Even more disturbing, is that reportedly the instructions [to publish the photo] came directly from the office of the Health Minister [Yaakov Litzman] and that the picture itself was distributed by the Prime Minister’s Office.”

On 30 October, the district court in Jerusalem charged Manasra with two counts of attempted murder. The Israeli law, which applies to him as he is a Jerusalem resident, says that he cannot be imprisoned until he turns 14 but the prosecution denied his family’s request that he be released for house arrest until then, and Manasra is currently being held in a closed facility.

In initial testimony, not seen in the video, Manasra denies his involvement, claiming that it was his cousin who stabbed the two victims and saying that he hates the sight of blood.

In the subsequent filmed interrogation, which could not be independently verified by Middle East Eye, the interrogator is seen playing good cop, bad cop. The first clip shows the interrogator screaming at Manasra, insulting and swearing at him, before asking him questions about his motives in the attack.

“I’m going to show you a video that proves you’re lying. Shut up!” the interrogator says.

Manasra then tries to respond before being cut off.

"Shut up! You are a liar! After you stabbed them, you ran after them holding a knife like this!" the interrogator continues, pretending to brandish a knife with his hand.

In the next clip, the interrogator assumes a composed, even friendly, demeanour, and calmly tells Manasra what he has been charged with. When he tells the teenager that he has also been charged with helping the enemy during war, the statement clearly confuses Manasra.

The following clip shows the interrogator yelling again, while pointing at alleged footage of the incident.

The visibly distressed Manasra tries to counter by saying that he and his cousin were not in that specific street, but the interrogator repeatedly shouts over him.

Eventually, Manasra starts repeatedly hitting his face, screaming that he cannot remember anything from that day, while interrogator continues to shout back at him to remember.

“I don’t remember, not one thing. For God’s sake believe me!” he says. “I woke up the next day at four. There was a blow to my head. I don’t remember! What is happening to me?”

“Everything you have said is true,” he says. “According to the video you’ve shown me, it’s true. But I don’t remember. That’s it. I’ll admit that I’ve done it, what more do you want from me?”

Leah Tsemel, Manasra’s lawyer, told Middle East Eye that behaviour of the interrogator who is quizzing a minor is inappropriate. She has called for an investigation into the case.

Under international law, a child cannot be interrogated without the presence of his parents or guardian. According to Tareq Barghouth, Manasra's other lawyer, he has not been in contact with his family since the day of the attack and is being held in a juvenile facility in the Galilee.

Barghouth previously told local Palestinian media that the teenager had been verbally and psychologically abused by Israeli prison officials.

“They threatened that they will kill him, demolish his house, and imprison him,” Barghouth said. “They spit on him. One of the officials opened his Skype with his girlfriend, and she also began swearing at him over Skype.”

Barghouth maintains Manasra’s innocence, saying that despite the fact that he held a knife on the day in question, it was his cousin Hassan that stabbed the Israelis.

Tsemel also told MEE that she was considering legal action against the Israeli media companies that published Manasra’s image.

The date of the video is not known, nor is it clear which party - whether the Israeli government or someone else - is responsible for the leaking of the footage.

However, Amani Dayif, a Physicians for Human Rights staff member, told Middle East Eye that the Israeli law for the protection of children criminalises the dissemination of footage that is detrimental to the child.

In a brief interview, Manasra's parents expressed their disbelief that their son would carry out such an act.

"A 13-year-old child can't stab properly," his father said. "He does not have the physical nor the mental strength to do so. It's all lies [from Israel]."

Manasra's next court date is set for 6 December. 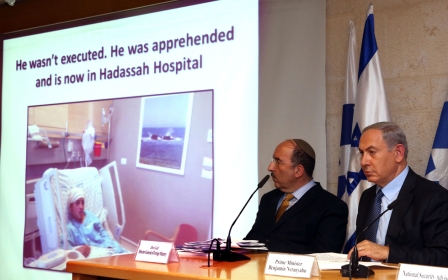 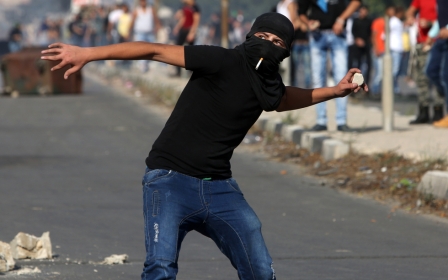 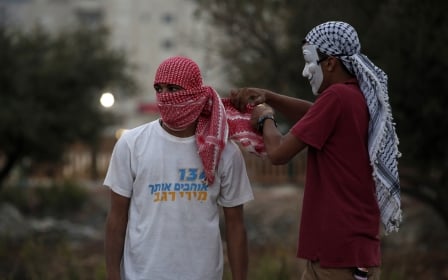