Widespread strike brings Palestinians together against controversial law, but also serves as a platform for existing grievances 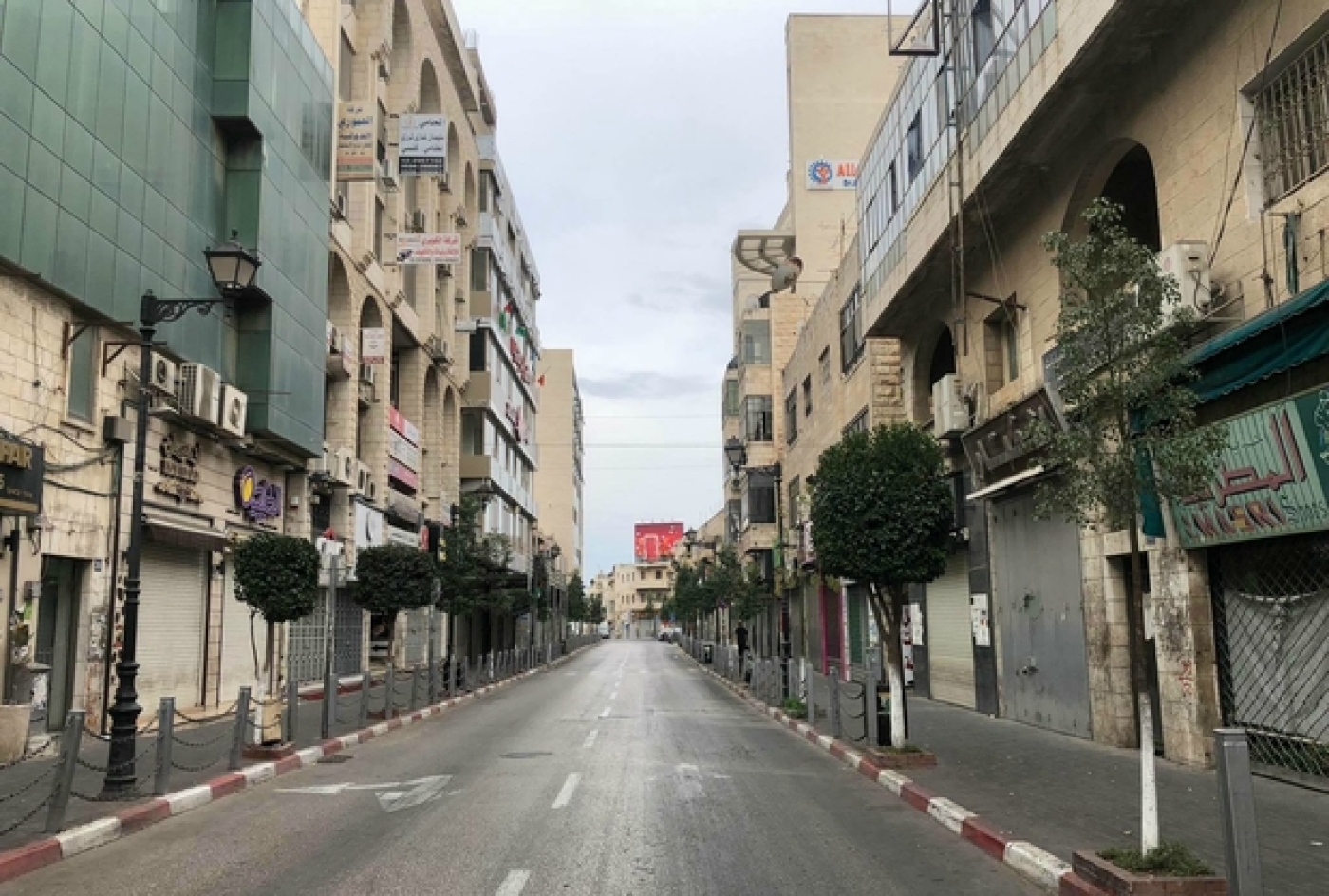 JERUSALEM – In a rare show of unity since 1948, Palestinians across the occupied territories staged a large-scale strike on Monday denouncing Israel’s nation-state law, but also expressed widespread grievances against the ‘deal of the century’ and the imminent demolition of Khan al-Amar.

From factories to small village shops, schools to offices, Palestinians in Israel, East Jerusalem, the West Bank and Gaza from a variety of political factions emptied workplaces, stopped shopping and brought busy streets to a standstill.

“The general strike of the Palestinian people in all locations is proof of the failure of the attempt to divide us,” Jamal Zahalka, head of the Balad National Democratic Party and a member of the Israeli Knesset, told Middle East Eye.

[Translation: A general strike today in Ramallah against the nation-state law]

“We declare that we are all united in our refusal to finalise our Palestinian case through the nation-state law or through the ‘deal of the century’. Both are two faces of the same coin.”

He added: "The general strike for all Palestinians is an unprecedented move since the Nakba of 1948 and it will have a big affect because the nation-state law is targeting all of the Palestinian people."

The call for the protest came from the High Follow-Up Committee for the Arab population in Israel, an umbrella organisation bringing together all political factions of Palestinian citizens of Israel.

The main issue sparking the action is the nation-state law that the Israeli Knesset passed in July, which declares Israel as the ‘national home’ for the Jewish people and cements the second-class status of non-Jewish citizens.

But the protest coincides with the 18th anniversary of the October 2000 protests in which Israeli forces killed 13 Palestinian citizens of Israel who were demonstrating during the early days of the Second Intifada.

Each year, Palestinians visit cemeteries in Israel to commemorate the day and this year, organisers say that they are using the day to protest against systemic issues that haven’t changed in the years gone by.

“Israeli security forces killed 13 flowers of our people in October 2000 and everybody knows who committed the killing,” said Mohammad Baraki, the head of the committee organising the action.

“This September, 18 years after this incident, the Israeli Knesset proposed this apartheid nation-state law that is trying to throw our people out of this land, out of history, out of the future and out of our rights.”

'Unification is the only way'

Political factions across the occupied Palestinian territory joined the call for a strike, as Palestinian schools, shops, factories and institutions all closed for the day.

Streets in Palestinian-majority areas of Israel in the Galilee, Triangle and Negev regions were empty on Monday morning, while in the occupied West Bank city of Ramallah all storefronts were also shuttered in the usually busy city centre.

“With this policy saying that Israel is for Jewish people only, Israel has succeeded in uniting Palestinian people wherever they are, and we can see that as we all take part in the strike in all Palestinian areas,” Badi Dweik, a Palestinian activist in the West Bank city of Hebron, told Middle East Eye.

“It is a very powerful time to see ourselves in different places, having the same powerful positive energy that gives me hope regarding the continuation of the resistance until we achieve liberation,” Dweik added. “Unification is the only way for resistance and to achieve victory against the occupation.”

On anniversary of the Second Intifada, Palestinians unite for a general strike
Awad Abdelfattah
Read More »

In Sakhnin, a town in the Galilee where two people were killed in October 2000, deputy mayor Muneeb Tarabeh said that discrimination and “criminal policies” against Palestinians across the occupied territories has only grown since 2000.

“It never stops. The nation-state law and October events [killings in 2000] are part of the same policy,” he said. “Our strike is a message to show that our cause is alive. We are here to keep our memory and our history alive.”

Demonstrations were expected to take place throughout the day, with a march this afternoon in a region known as the "Triangle", a sliver of Israeli territory densely packed with Palestinian citizens of Israel, bordering the northwest corner of the occupied West Bank.