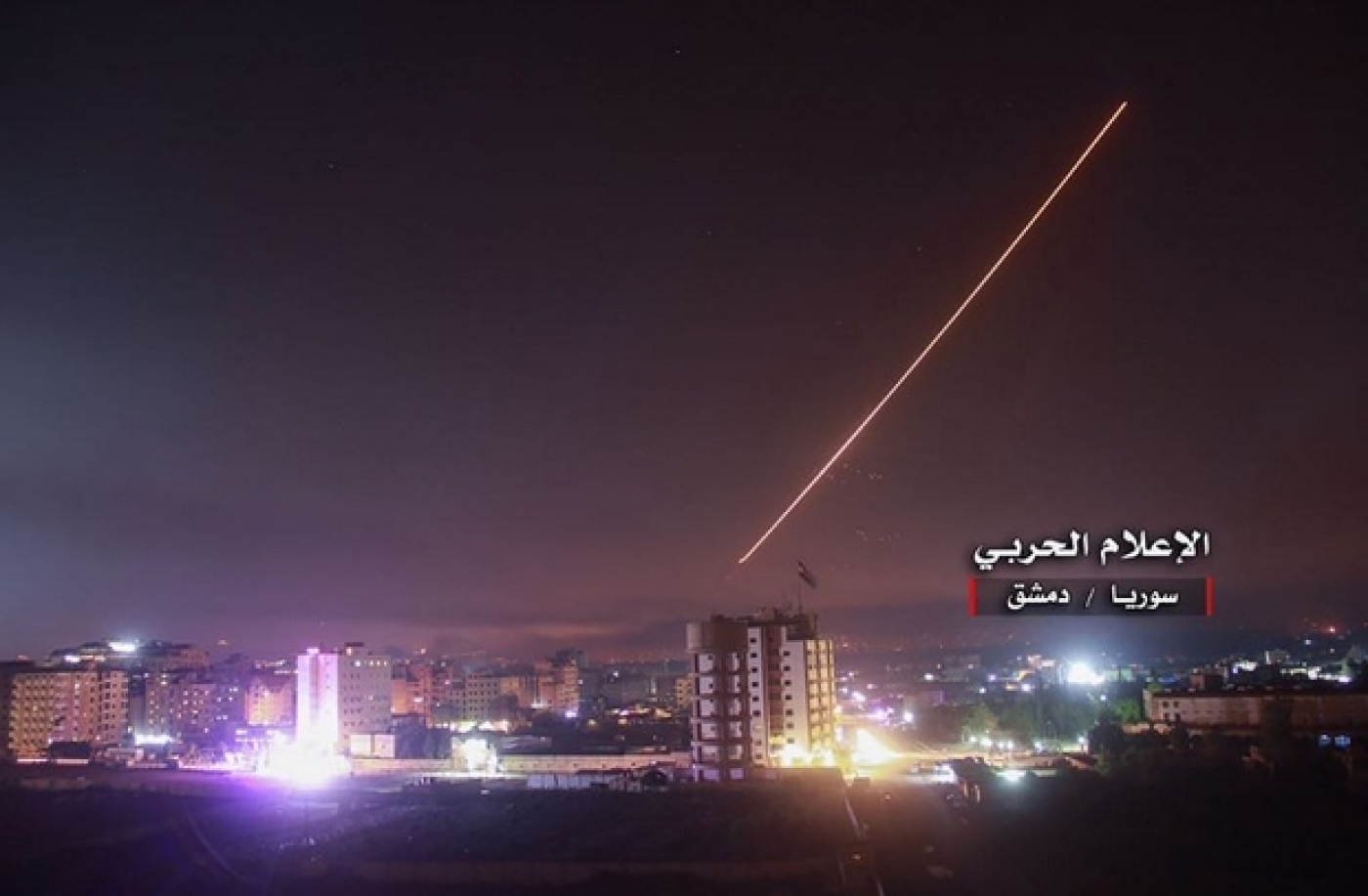 Syrian state media released this image in May, which it said showed the army's air defence system intercepting an Israeli missile (AFP handout/File photo) (AFP)
By
MEE and agencies

Damascus has accused Israel of launching strikes into Syria this week, in what a monitor said were the first such missiles to target the country since Syria's army upgraded its air defence system after the downing of a Russian plane in September.

On Friday, the Syrian foreign ministry said it had complained to the United Nations about "the Israeli aggression yesterday on the area of Kisweh, south of Damascus".

A day earlier, Syrian state media reported that the country's air defences shot down "hostile targets" flying over Kisweh and "were able to foil its goals" despite the "intensity of the aggression".

State media cited a military source as news of the strikes broke on Thursday, but did not specify what exactly was shot down.

According to the Syria Observatory for Human Rights, a London-based monitoring group, the strikes hit two positions in the south of Damascus province, including an area of Kisweh that counts Iranian weapons depots.

Two missiles hit "weapons depots belonging to the Lebanese Hezbollah [group] as well as Iranian forces" in Kisweh, the Observatory said, while another missile hit the area of Harfa, where there is a Syrian military base.

The monitor did not say how it was able to verify that the strikes came from Israel.

In Kisweh, "the depots that were targeted are used to temporarily store rockets until they are taken somewhere else," Abdel Rahman said.

"It appears the Israelis had intelligence that weapons had arrived there recently," he said.

Initial reports by the Observatory suggested there were no casualties, AFP reported.

Syrian state news agency SANA said the attack was foiled and did not admit to any losses.

"Our air defences fired on hostile targets over the Kisweh area and downed them," SANA said, citing a military source.

For its part, the Israeli military denied any of its assets were hit, but it stopped short of denying it had conducted strikes.

"Reports regarding an [Israeli army] aircraft or an airborne [army] target having been hit are false," it said in an English-language statement.

In September, a Russian transport aircraft was accidentally downed by Syrian ground batteries in a friendly-fire incident that Moscow blamed on Israel.

The Russian government said the 17 September incident, in which 15 Russian crew members were killed, took place only because Israel was conducting air strikes against Syrian targets at the time.

The move raised fears in Israel that its ability to rein in Iran's military presence in Syria would be sharply reduced. Israeli Prime Minister Benjamin Netanyahu told Moscow, however, that his government would continue to hit hostile targets in Syria and "continue security coordination" with Russia.

There was no evidence that the S-300 batteries were used to intercept Thursday night’s alleged missiles. Syria War
UN tells Syria: Give details of the thousands of people who died in custody