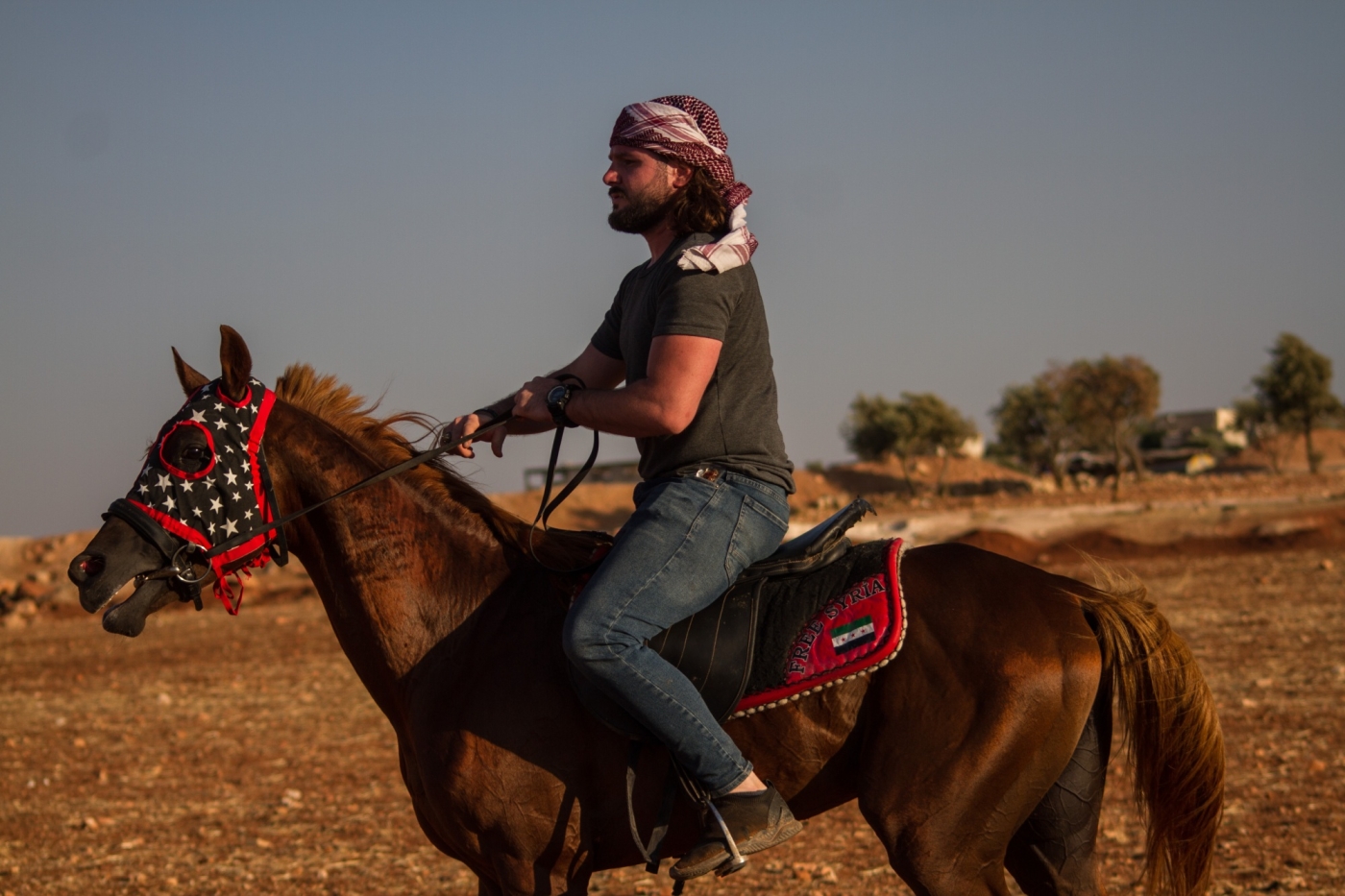 In pictures: In Syria's Idlib, horses are a difficult yet gratifying passion

In the last rebel-held region in the country, horse breeders try to care for their animals despite bombings, repeated displacement and financial strains
Moawiya Atrash 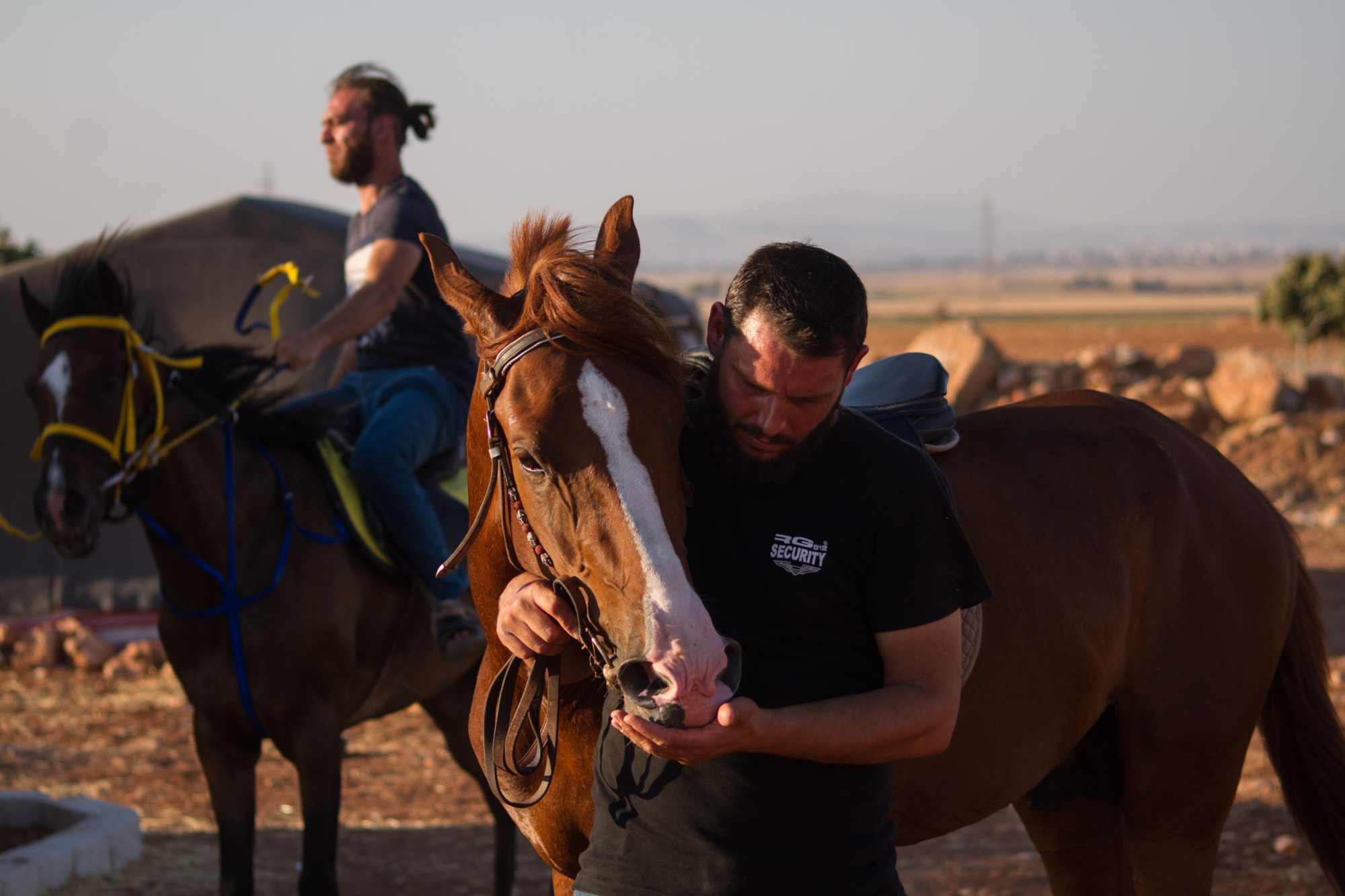 Northern Syria has long been famous for its thoroughbred Arabian horses. While the decade-long war in the country has taken its toll on the industry, horse breeders in Idlib - the last rebel-held region in Syria - remain committed to caring for their animals and encouraging horse riding (All pictures: MEE/Moawiya Atrash). 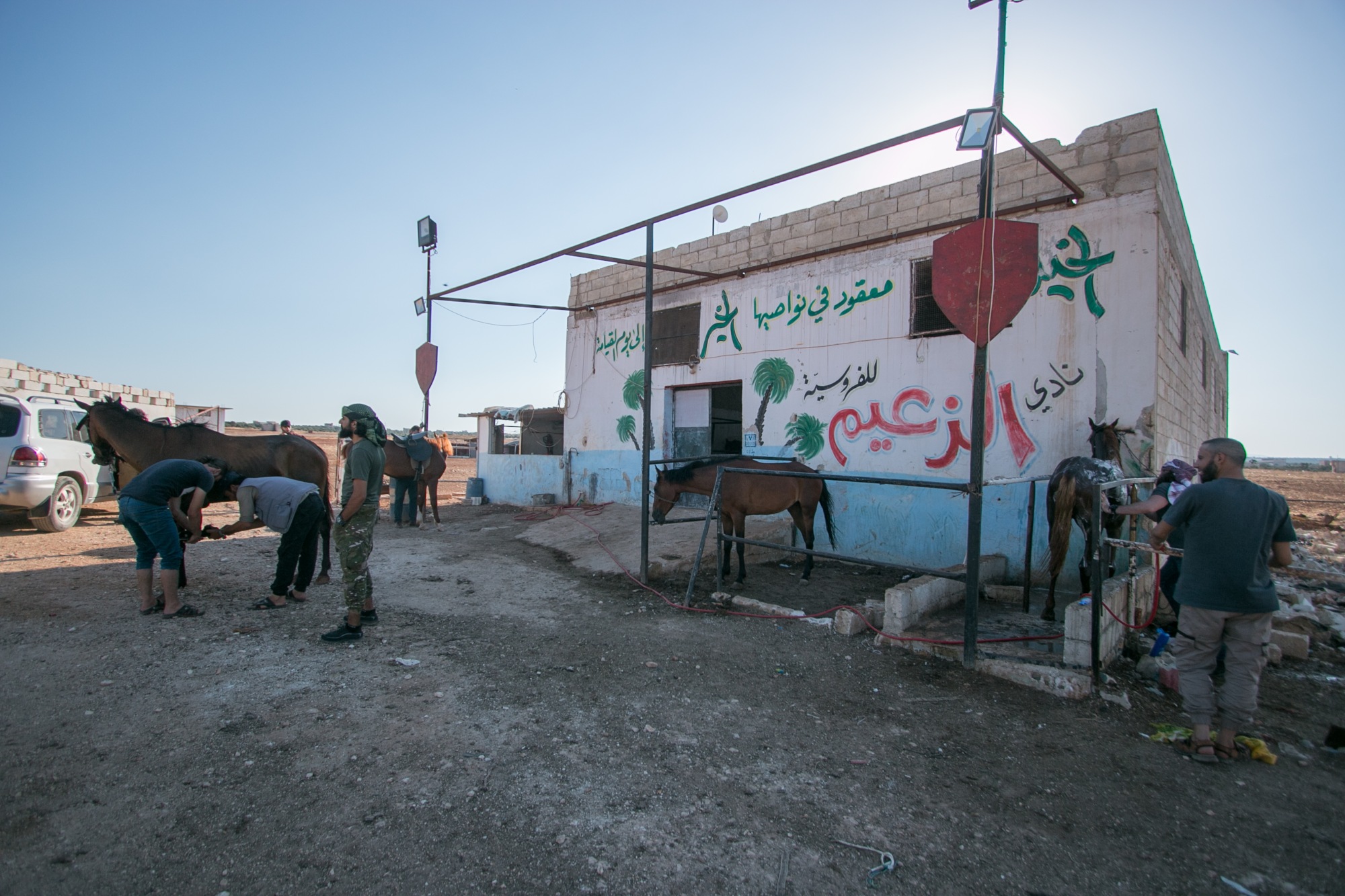 Osama al-Zaim founded the al-Zaim Equestrian Club in 2018, the first in Idlib.

“We established this club to teach all age groups, and we have been able to train more than 1,500 people since,” the Palestinian refugee, who fled to Idlib from Aleppo, told Middle East Eye.

Zaim added that the club periodically holds races with up to 50 participants coming from across northern Syria.

“There is a good demand for these races, because this sport was inaccessible for most people under the authoritarian Syrian regime” of President Bashar al-Assad, he explained. 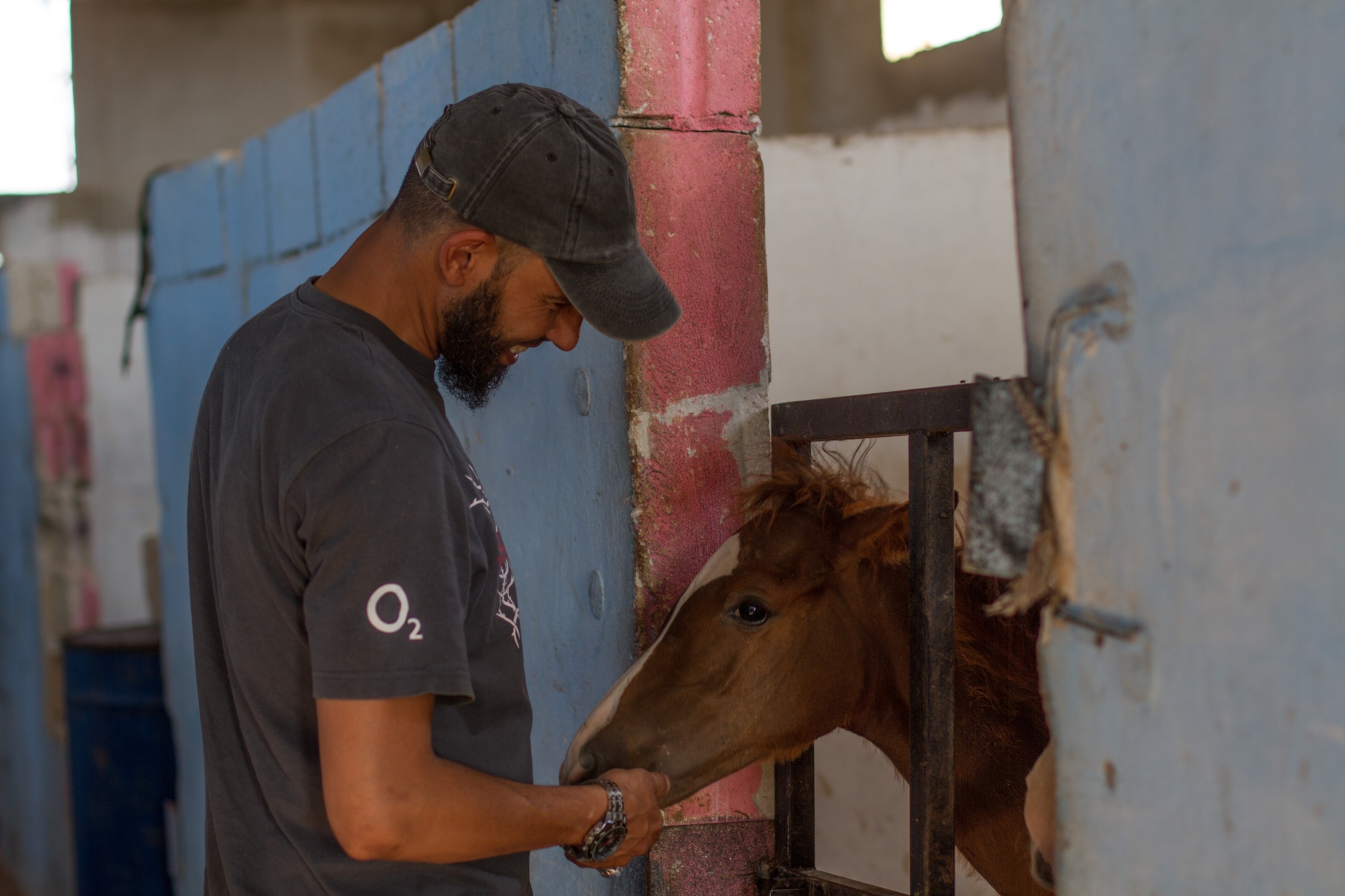 But feeding and caring for horses is a costly business, especially for Syrians who may have lost their belongings and savings during the war.

Zaim, pictured here, estimates that there are currently around 600 horses in Idlib.

“Horse breeding is expensive these days,” he said. “This is something that pushes some people not to breed horses, as well as the lack of treatment and veterinarians specialising in horses.” 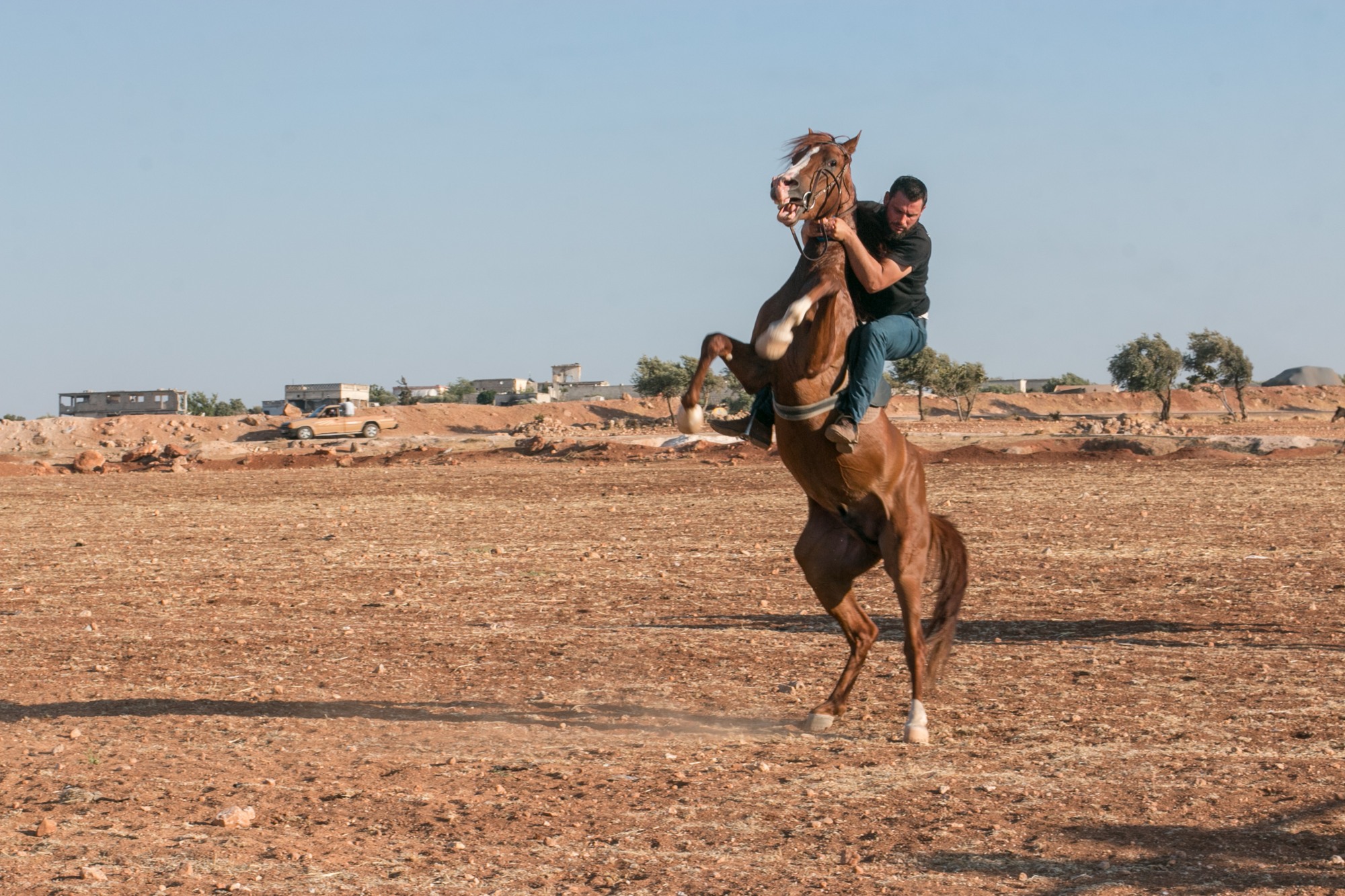 Like their owners, horses have also suffered from the effects of the war - whether because of repeated displacements, deprivation, or air strikes.

“Most of the horses in the club were displaced from villages under regime control alongside their owners, Zaim said. He himself has incurred significant losses because of the conflict.

“I used to own 35 horses, but some died because of bombings or illness,” he said. “Now only 19 horses remain.”

As recently as a month ago, a bombing in the area killed two horses, he said.

Muhammad Khair Haq, a Syrian horse owner originally from Aleppo, said that he has experienced first-hand how horses sense stress in times of conflict.

“When the owner is preparing to be displaced due to bombing and war, the horses feel that and are affected just like humans,” he told MEE. 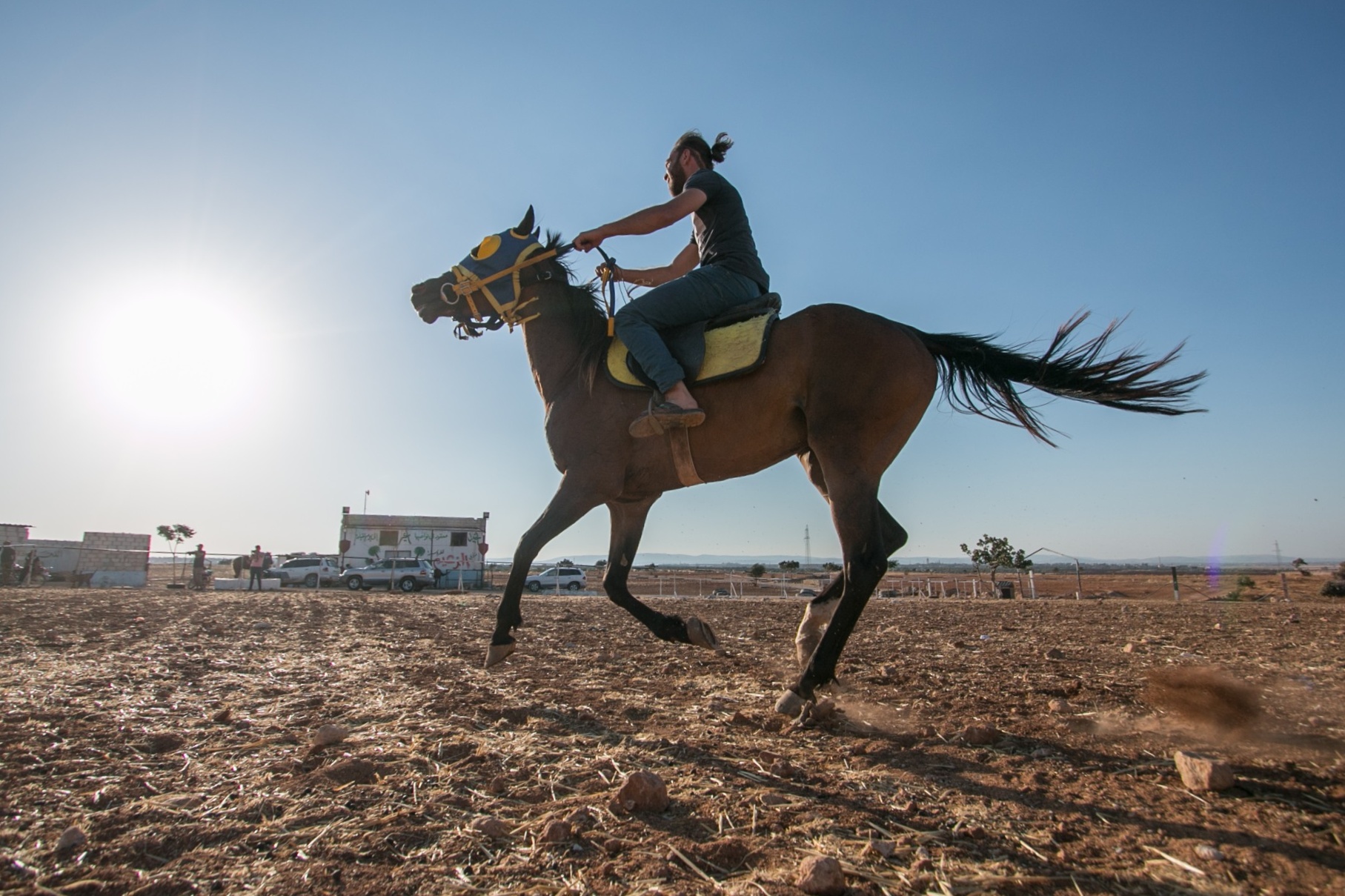 Horse breeding is not without its administrative challenges as well, Zaim said. Preserving an official record of their genealogy is particularly important for thoroughbred horses, but a near-impossible task in times of war.

“The most common problem facing horse breeding in the north is the preservation of their lineage,” he explained. “Because the World Arabian Horse Organisation office located in Damascus does not register horses located in opposition-held areas, there are more than 300 unregistered horses [in Idlib].

“This is a serious matter that leads to the loss of their lineage after several years,” he added. 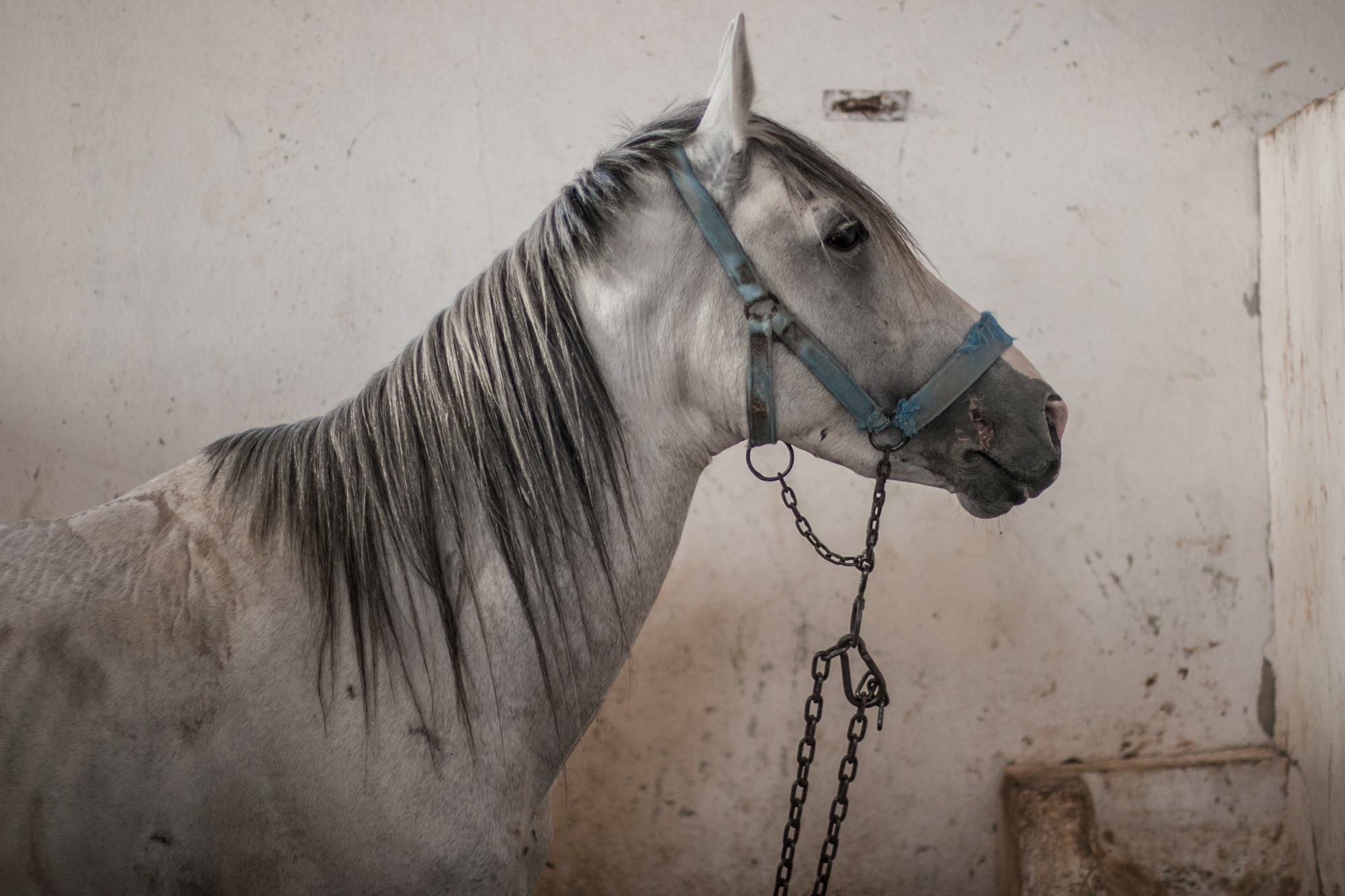 The lineage of the horses is a particular source of pride for their owners.

Arabian horses are known as warm-blooded, meaning they are relatively tall, energetic and with high stamina - making them well-suited for riding.

Khair Haq bought a horse a year ago, around the time he first started learning to ride.

“My horse is a star,” he said with pride. “His mother is Syrian and his father is Egyptian.

“What distinguishes the Arabian horse is its face and endurance,” he added. “Because Arabian horses were born in the desert, it gives them a lot of endurance as well as speed.” 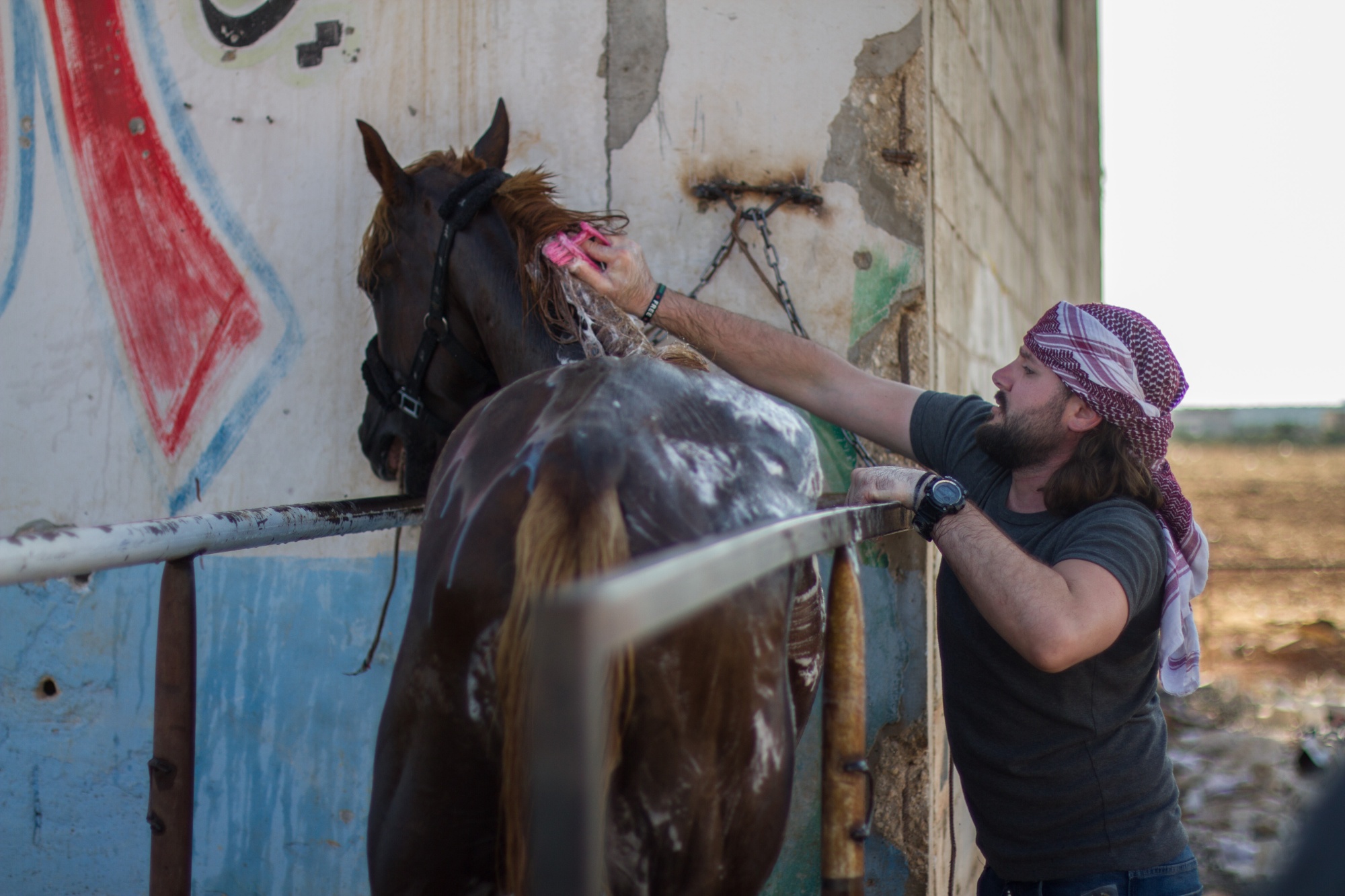 For Khair Haq, pictured here, his horse is a precious companion.

“When someone owns a horse, it feels like a member of his family,” he said. “The more I take care of the horse, feed it good food and pamper it, the better its mood and appearance become.

Amid the chaos and uncertainty, Khair Haq says his horse gives him strength.

“What drew me to [horse breeding] was the Arab instinct and love of horses,” he said. “When a person owns a horse he feels proud, brave, because the horse is generous and naturally beautiful.

“It gives you peace of mind when you get close to him, especially when he's yours.” 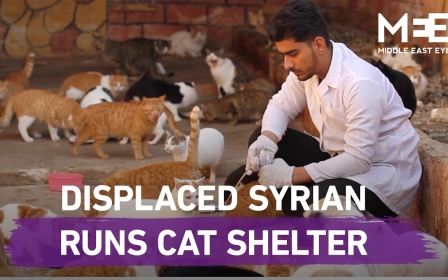 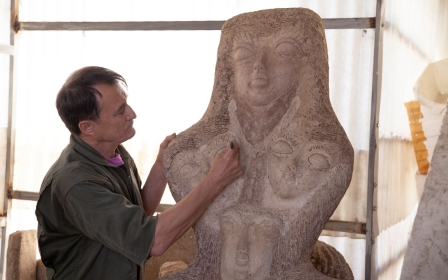 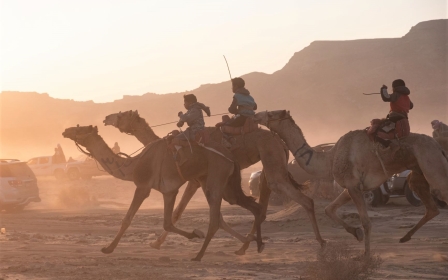