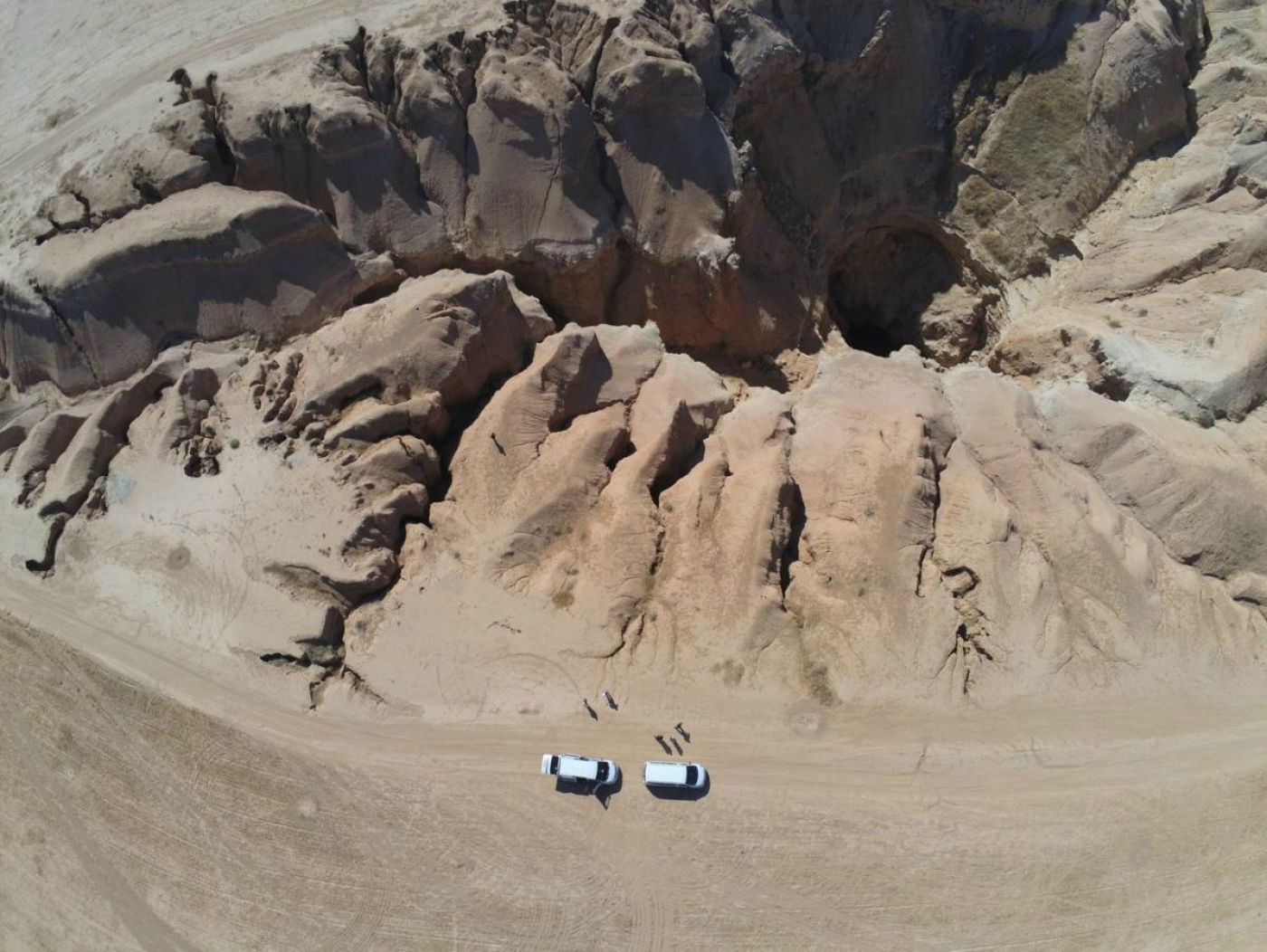 The sinkhole, whose full depth is not visible from the edge, has always held near-mythical status in the area (HRW)
By
MEE and agencies

Human Rights Watch (HRW) has called for an investigation into a gorge in northern Syria that has for several years been used as a dumping site for dead bodies.

The 50-metre-deep hole in a desert area of the Raqqa province was once controlled by the Islamic State (IS) group, when it still ruled its so-called "caliphate" straddling swathes of Syria and Iraq.

A HRW investigation and drone flight into the gorge, which was wrested from IS by Kurdish-led forces in late 2017, found that bodies were dumped there during, but also after, IS rule. 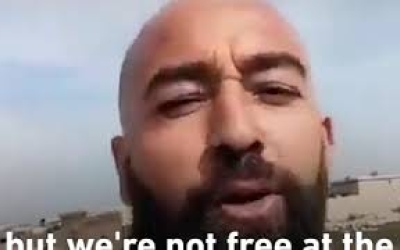 "Al-Hota gorge, once a beautiful natural site, has become a place of horror and reckoning," said Sara Kayyali, Syria researcher at HRW.

The sinkhole, whose full depth is not visible from the edge, has always held near-mythical status in the area and was once a popular escape where residents would go for family picnics.

"Exposing what happened there, and at the other mass graves in Syria, is crucial to determining what happened to the thousands of people ISIS (Islamic State) executed and holding their killers to account," Kayyali said.

The area around al-Hota is currently controlled by Turkish-backed Syrian rebels, AFP reported.

HRW said Turkey and the Syrian National Army needed to secure the site, remove any human remains, and preserve evidence for criminal proceedings against those who had committed the murders.

It is not known how many bodies were dumped in al-Hota, one of more than 20 mass graves found in areas formerly controlled by IS.

Several bodies floating in the water

HRW said that the existence of the open mass grave came to light when an IS fighter took his laptop to a repair shop in the town of Tal Abyad.

A worker there wanted to expose IS crimes and copied the contents of the laptop, which included a video showing IS fighters throwing bodies into the pit.

HRW flew a drone into the gorge and spotted several bodies floating in the water filling the deepest section of the sinkhole.

"Based on the state of decomposition, the bodies were dumped there long after ISIS had left the area," it said.

"The identities of those victims and their causes of death remain unknown."

When IS controlled the Raqqa area, its members threatened people with being thrown into al-Hota, local residents recalled.

Others said they had heard about different anti-government armed groups throwing the bodies of government soldiers and pro-government militia fighters into al-Hota before IS controlled the area, though none of them had seen this themselves.

A similar sinkhole known as al-Khafsa in northern Iraq is thought to contain the bodies of many IS victims.

HRW said this had also had yet to be fully investigated.