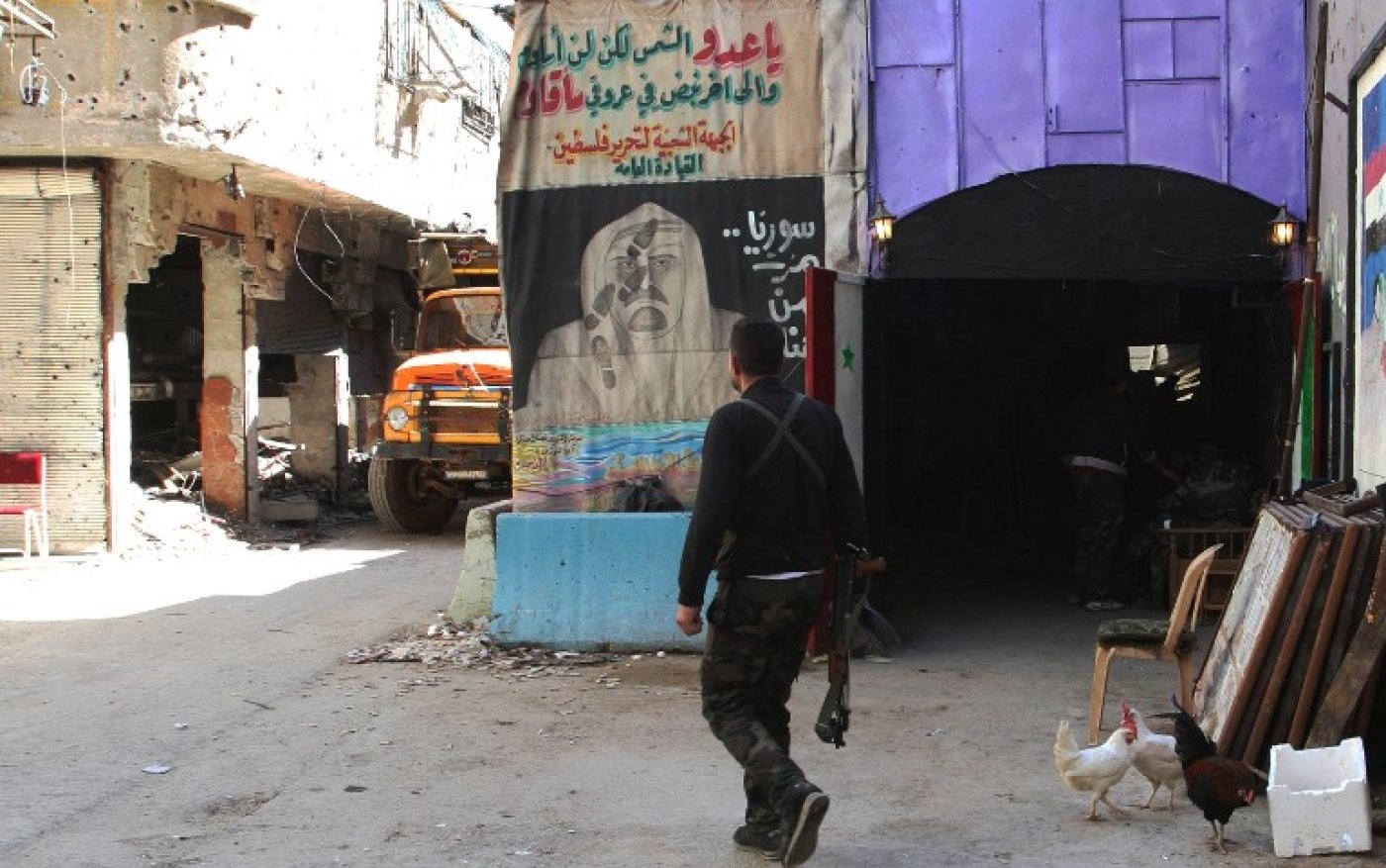 At least 17 civilians, including seven children, were killed in the Palestinian refugee camp Yarmouk and another two children in the adjoining Qadam neighborhood as the Syrian army continued itsintensified bombardment of the area.

The Britain-based monitor said at least 36 people have been killed since the army’s new push to seize control of Yarmouk from Islamic State militants began on 19 April.

IS has held parts of Yarmouk and neighbouring Hajar al-Aswad since 2015.

"We lived through sieges, shelling, and devastation, but we haven't seen anything like this," Fatimah, a 20-year-old Syrian mother who declined to give her real name, told the Thomson Reuters Foundation by phone from nearby Yalda.

"The air strikes are non-stop."

Fatimah was among some 5,000 civilians who have fled to Yalda since fighting escalated last week, according to UNRWA, the United Nations agency that cares for Palestinian refugees.

"Those families who managed to take refuge in Yalda have been forced to sleep in the streets or in makeshift shelters," UNRWA spokesman Chris Gunness said in a statement, adding that the checkpoint into the area is closed to civilians and goods.

Another Yalda resident, Rami Alsayed, said by phone he had never witnessed such destruction.

"It is doomsday, everything is destroyed," he said.

"It is a very tragic situation."

Syrian state news agency SANA said the military would continue its advance "until control is established over the south of Damascus".

Up to 12,000 Palestinian civilians have been trapped in Yarmouk and surrounding areas, according to Gunness

President Bashar al-Assad’s forces have accelerated their campaign to retake militant-held enclaves around country and have been accused of using excessive force, including chemical weapons, in the process.

The war has killed 500,000 people and made more than half of Syrians homeless.

The Observatory also reported that 17 people, mostly fighters from different militant groups, were assassinated in a single day in the northwestern province of Idlib yesterday.