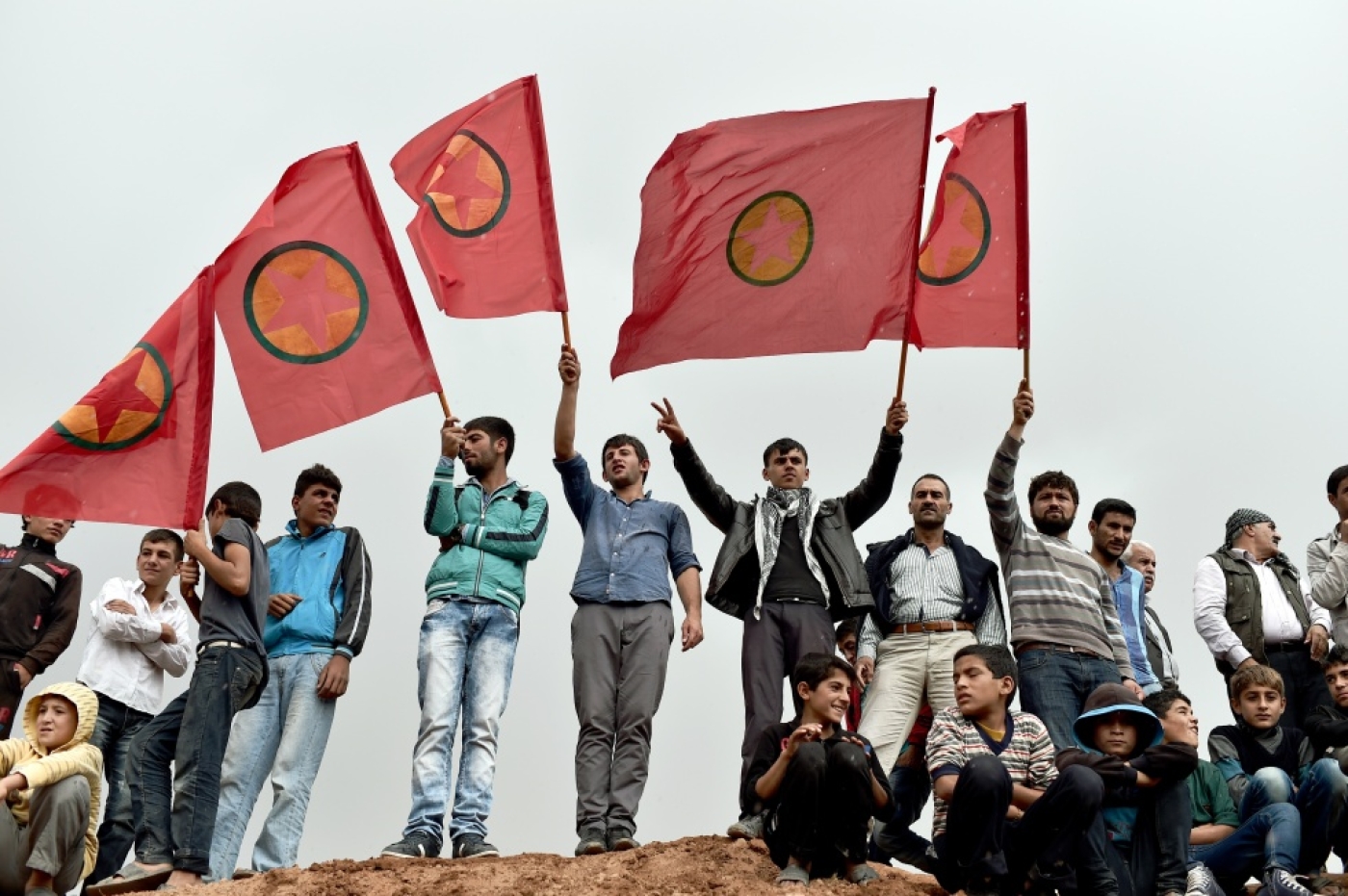 DUHOK, Iraq - Attacks by the Islamic State (IS) and rumoured American pressure have led the Syrian Kurds to set aside their differences, penning an agreement to share power in Duhok, in Northern Iraq.

After nine days of tough negotiations, the Kurdish National Council (KNC), a group close to the Kurdistan Regional Government (KRG) in Iraq, and the Democratic Union Party (PYD), which is affiliated with the Kurdistan Workers Party (PKK), signed an agreement on Wednesday under the supervision of KRG president, Massoud Barzani.

“It is very important in this stage [to reach an agreement], since we as Kurds are going through a difficult stage, when the [IS] is attacking Kurds all over Kurdistan,” said Sinem Mohammed, a prominent PYD politician.

The agreement contains three points which include the formation of a temporary 30-member committee that will jointly administrate the Kurdish areas, elections after an interim period of two months, and a joint delegation to talk with the People’s Defence Unit (YPG) - the main Kurdish armed group in Syria - on how to cooperate militarily to beat back IS. The deal was announced in a press conference in the town of Rabia by KRG president Massoud Barzani late on Wednesday in hopes that it will put an end to long-held divisions between the region's various Kurdish factions.

“This is a right answer to the plan of Kurdish enemies,” said Kurdish leader Barzani in a statement read after the signed agreement.

The KRG have long been at odds with the PKK and have wrangled for influence over Kurdish-majority regions covering parts of Turkey, Syria, Iran and Iraq.

The PKK - a formerly Marxist-Leninst group which is regarded as a terrorist organisation by Turkey, the US and EU - have fought a bloody decades-long conflict with Turkey for independence. Conversely, the Turkish government has maintained strong diplomatic and trade relations with the more conservative KRG, which rose to prominence in the power vacuum following the overthrow of Saddam Hussein in 2003. The Kurdistan Democratic Party (KDP) are the largest political party in the KRG parliament. Politically conservative and strongly backed the by US, their leader is current KRG President Barzani.

The development of autonomous governance by the PYD – the Syrian affiliate of the PKK – and its military wing the YPG, has worried both the KRG and Turkey who fear the expansion of the PKK’s power over Kurdistan. While Barzani and the KNC have accused the PYD of imposing itself on its rivals through military force and cooperation with the Syrian government, the PYD has blamed the KRG for not recognising their administrations and imposing an embargo in cooperation with neighbouring Turkey.

The Kurdish National Council, created under the auspices of KRG leader Barzani in 2011, comprises various non-PKK affiliated Kurdish parties who support the overthrow of Bashar al-Assad and the creation of an autonomous Kurdish region in Syria.

Previous attempts at a deal to end divisions between the KNC and the PYD have failed, and negotiations in Erbil in 2012 came to nothing. In January 2013, the Iraqi Kurdish president denounced the PYD-created administrations and the KRG banned PYD-head Salih Muslim from entering the KRG in October last year.

“But now the conditions have changed,” a KRG spokesperson said.

One year later after his ban, Muslim was received in Erbil on 13 October. Moreover, on 16 October, the Kurdish representation in Erbil parliament recognised the canton administrations in Syria and last Wednesday decided to send the Peshmerga to Kobane - the troubled border town that has been besieged by IS for more than a month.

The KRG had previously refused to acknowledge the validity of the autonymous PYD cantons in northern Syria that appeared as a result of the power vacuum created by the country's bloody civil war, but prompted concern from Erbil that regional power was shifting toward its long-standing rival, the more radical PKK.

The warming relations between various Kurdish factions can be traced back to this summer when IS attacks in Iraq prompted Iraqi Kurdish authorities to cooperate more closely with PKK forces fighting IS in parts of north-west Iraq. In August, President Barzani even thanked the PKK for their support in Maxmur, a town in the south of the semi-autonomous region of Iraqi Kurdistan that fell to IS but was recaptured on 19 August.

The rapid IS advance across Iraq and Syria this year caught the Kurds, like most other groups in the region, unprepared. In August, IS militants almost overran the Kurds in Iraq, and then moved in across Kurdish-held regions in northern Syria, coming close to capturing the Kurdish city of Kobane in September. The intervention of US airstrikes, however, which began pounding IS positions in Iraq in August and in Syria in September have since helped turned the tide for the Kurds.

The US previously shunned contacts with the PYD for being affiliated to the PKK, but the Kurds are increasingly being seen as one of the few remaining partners on the ground for the US administration in its fight against IS. Some EU lawmakers are trying to remove the PKK from the list of organisations that are considered to be terrorists.

“Because we Kurds were able to stand against terror and defeat them, our interests matched those of US and Europe against [IS],” Aldar Xelil, a PYD-official told MEE.

The converging interests have sparked rumours that the US has gone as far as to openly coordinating with the PYD, and last Sunday the US dropped weapons in Kobane. The guns, grenades and medical supplies were provided by the Kurdish government in Iraq and were delivered despite opposition from Turkey, which fears that the weapons may one day be turned on them.

However, despite growing US support, PYD and KNC officials denied there has been Western pressure on both sides to reach an agreement. “We never faced pressure on us,” said Saud Mullah, one of the leaders of the KNC. “But we are very proud the US is helping us.”

Nevertheless, US Deputy National Security Advisor, Antony Blinken and US Deputy Assistant Secretary, Brett McGurk, had a three-hour meeting with Barzani in Duhok on 16 October, as negotiations continued between the Kurdish factions. This has prompted rumours that pressure was applied by Washington, although PYD leader Muslim denied Kurdish media reports that he also held a meeting with the US delegation.

For the PYD, having a deal with the Barzani-backed KNC might make it easier for the West to support the Kurds in Syria, especially as the KNC is part of the Western-backed opposition, the Syrian National Coalition. In the past, the West has accused the PYD of having ties with Syrian president Bashar al-Assad because of its refusal to join the Western-backed Syrian opposition.

“It is very important for the PYD. If they unite with the KNC, they can do more. That’s why we support this unity,” said Iraqi Kurdish official, Hemin Hawrami.

The KRG already played a role in getting Western support for the city of Kobane, and a Syrian Kurdish general was allowed in a US joint operations centre in Erbil.

The KPG also stands to benefit from Wednesday's deal.

Aaron Stein, a fellow at the Royal United Services Institute, a London based think-tank, pointed out that Barzani’s Kurdistan Democratic Party (KDP) has suffered a blow to their image after failing to defend the Yezidi minority in the town of Sinjar that fell in August.

“The KDP has suffered a bit since their defeat in Sinjar. In contrast, the PKK and the YPG are now seen as the tip of the spear against IS. The battle for Kobane has added to the PKK and PYD's appeal,” he said.

Therefore, the KRG might need the PYD for cross-border cooperation to capture back Shingal [a Kurdish town on the Syria-Iraq border.] Moreover, it would allow pro-Barzani politicians to work in Syria, he explained.

In spite of past tensions, the KDP now also recognises the role of YPG and PKK fighters in Kobane. “YPG is doing a great job in defending Kobane, and we appreciate their role,” said Kurdish official, Hemin Hawrami.

Joint operations by the Peshmerga, the YPG, and PKK, supported by US airstrikes, led to the capturing of the Iraqi border town of Rabia, which is strategically important if Kurdish forces want to recapture the Yezidi town of Shingal.

Despite the need to cooperate, analysts still warn of many hurdles ahead. There is still a Syrian government presence in some Kurdish areas, and it will be difficult to carry out elections during war time, which could prompt divisions down the line.

“History suggests that this agreement will break down over disagreements about power sharing,” said Stein.

Moreover, the two sides failed to reach an agreement on the key issue of sharing military power.

“If the KNC wants to have a role in defending, which is their duty, they have to meet with YPG,” said PYD's Xelil.

This may prove hard, even in light of the ongoing IS threat. In May 2013, the PYD rejected the entry of Syrian Kurdish fighters, trained by Barzani, into Syria in May 2013, fearing a second military force may spark a Kurdish civil war and enflame long-held tensions between the region's Kurdish factions.

“I would be surprised if they manage to form a real united military force,” said Thomas Schmidinger, a political scientist and lecturer at Vienna Univeristy, who recently wrote a book on Syrian Kurds.