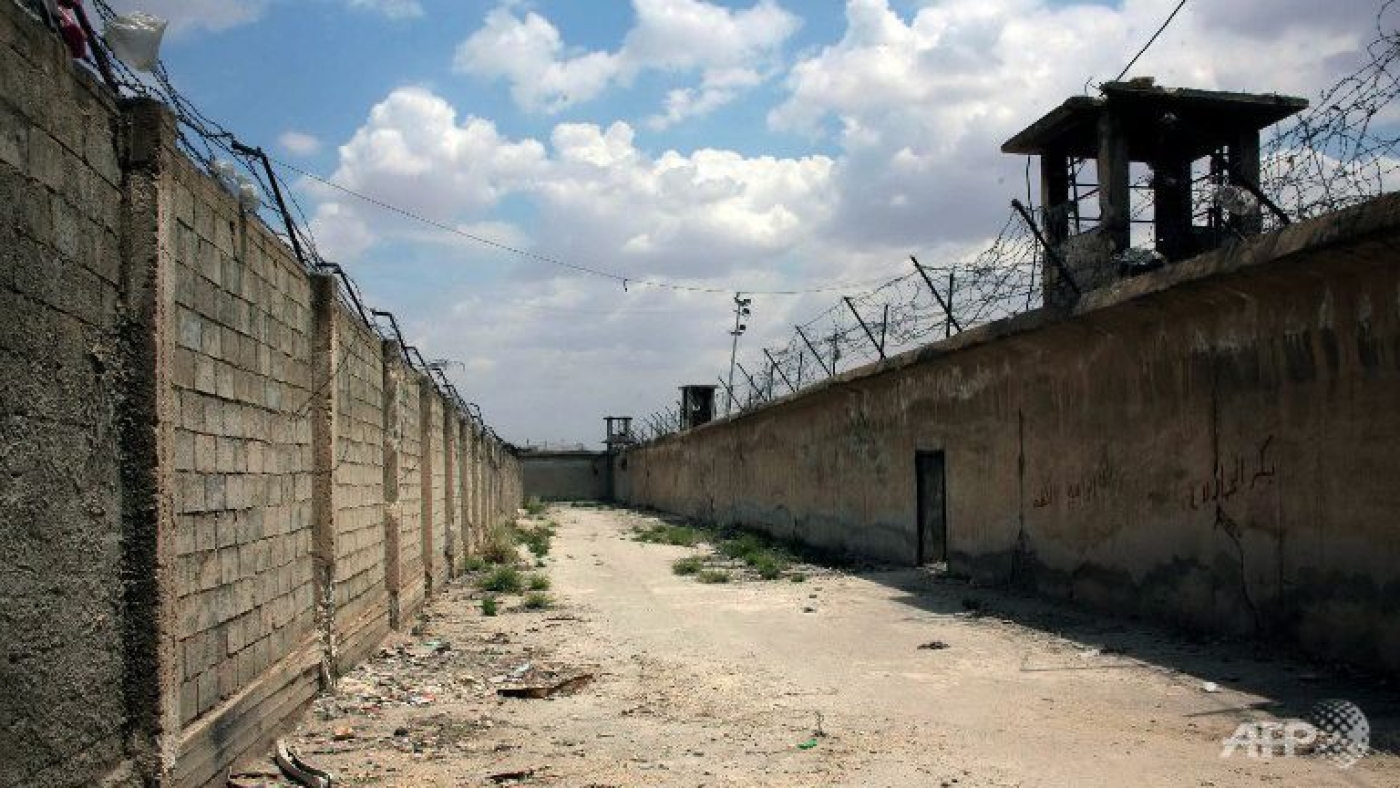 A prison in southern Syria erupted in rioting in the early hours of Thursday morning after authorities attempted to transfer three prisoners to the capital Damascus to be executed.

Suwaydah prison, in south-western Syria close to the border with Jordan, was reportedly surrounded by government troops and pro-government militias on Thursday morning after a night of unrest inside.

The riot ended on Thursday afternoon after negotiations between detainees and prison authorities.

Local sources told Middle East Eye that prisoners had seized control of parts of the facility in the early hours of Thursday morning in protest over the transfer plans for three prisoners from the southern city of Daraa.

Agents from the Criminal Security forces - a branch of Syria's intelligence services - entered the prison at around midnight on Thursday morning and begun searching the rooms of prisoners ahead of the planned transfer, sources said.

The prisoners resisted and broke open their cell doors.

The head of the prison, General Hassan Khalaf, later called for negotiations with the prisoners after staff were forced to leave the site during the unrest.

Khalaf demanded an end to the rioting and a restoration of government control over the facility as a first step in negotiations over the prisoners’ demands, sources told MEE.

Suwaydah Prison reportedly houses around 1,100 prisoners, about 750 of whom are imprisoned due to their opposition to the Syrian government.

The whole of Suwaydah province, home to the prison, has been under government control throughout the over five years of war in Syria.

The latest unrest comes after inmates of Hama Prison in central Syria staged two separate mutinies within the month of May, also after an attempt to transfer inmates – said to be political prisoners – to a Damascus prison known for being the site of numerous executions.

More than 200,000 people have spent time in Syrian government prisons since 2011, according to the Britain-based Observatory, which relies on a network of sources inside Syria for its information.

At least 12,500 people have died in government prisons during Syria's five-year war from torture or because of dire humanitarian conditions, including a lack of food, according to the Syrian Network for Human RIghts.