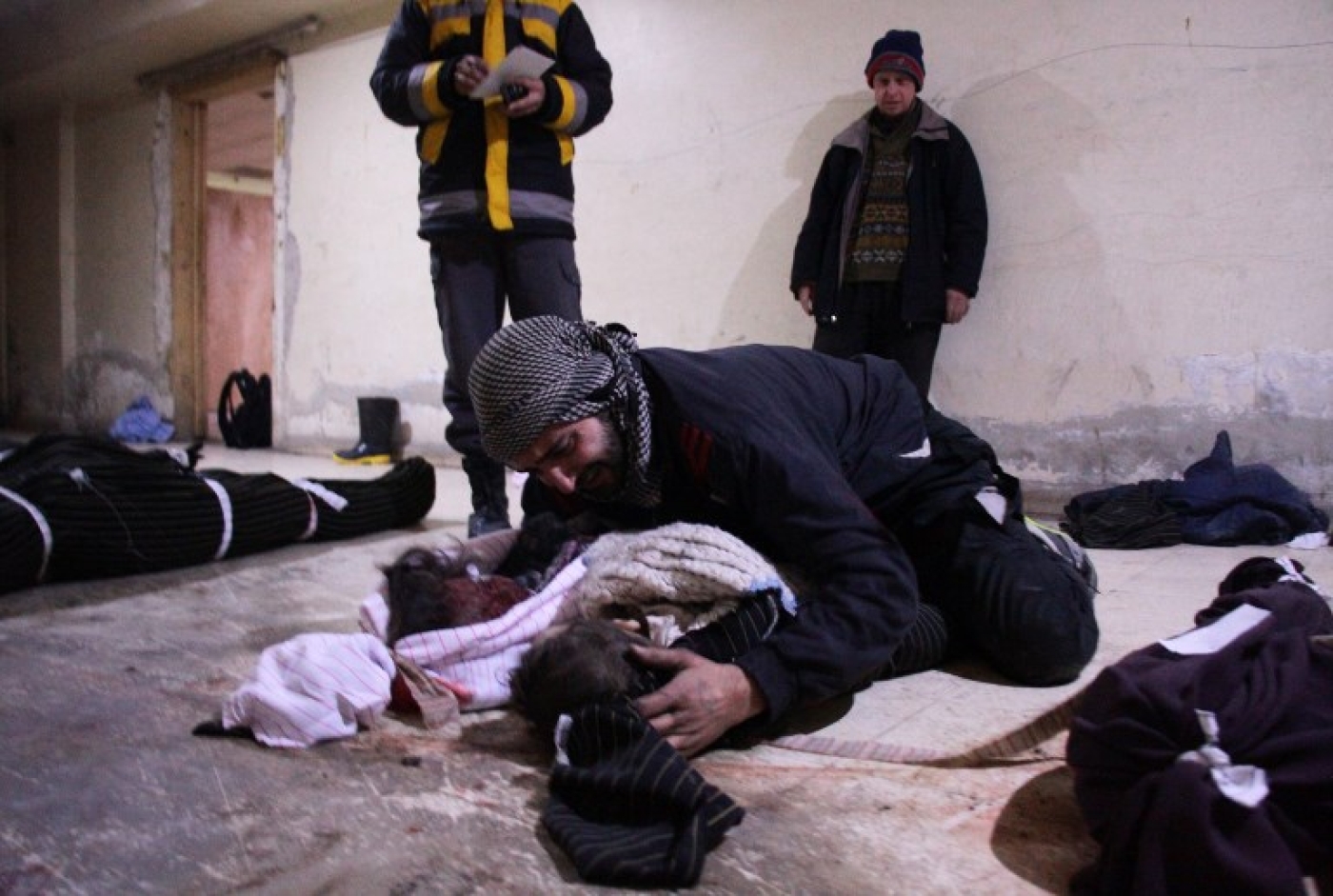 Man weeps over his child who was killed in air strikes on the besieged Eastern Ghouta, 19 February (AFP)
By
Areeb Ullah

Civilians inside Eastern Ghouta have described a "state of terror" as scores of Syrians continue to be killed in the rebel enclave.

The new death toll comes as the Syrian government ramps up its campaign to take control of the Damascus suburb.

At least 106 civilians, including children, were killed by air strikes and shelling from the Syrian government on Tuesday, according to the UK-based Syrian Observatory for Human Rights.

"We are being targeted with all types of weapons. Heavy shelling has targeted civilians and hospitals. There is nowhere to hide," Omran al-Doumani, a photographer from Eastern Ghouta told Middle East Eye.

Every single one of these people were civilians. Innocent people. What did they do to deserve this?

"Ghouta is now living in a state of terror because of the terrible shelling. We have no way of knowing when this will end."

Emergency workers were overwhelmed with the volume of work, and said barrel bombs were raining down, the first time residents said they had seen the weapon used in the area.

Earlier reports by the SCD indicated that Syrian government air strikes had targeted residential areas, such as Arbin city in Eastern Ghouta.

"In the last 24 hours, more than 100 people were killed and hundreds injured," Mahmoud told MEE, as shelling intensified in his area. "Every single one of these people were civilians. Innocent people. What did they do to deserve this?"

The pic now by GMC pic.twitter.com/P01Mv4iBcr

Another resident who spoke to MEE said that the Syrian government had various types of weapons to bomb the rebel enclave.

"We are under shelling from all kinds of weapons. Air strikes. Shellings. They have even begun to use barrel bombs in East Ghouta," said Eyad Srewel.

"We are trying to survive by hiding underground. But the barrel bombs are making us all very concerned."

Barrel bombs, a crude weapon normally made from oil canisters, filled with fuel and shrapnel and rolled out of helicopters, have been used across the country for several years now, and were memorably employed in the battle for East Aleppo in late 2016.

He added: "I don't know what will happen to me in the next few minutes, hours or days. People have accepted their fate and are mentally preparing to die. We are trapped. There is nothing more to do."

People have accepted their fate and mentally preparing to die. We are trapped. There is nothing more to do

Bombs rained down on the enclave for the third day in a row and came as the Syrian government continued to impose a siege that deprived thousands of civilians of food and medical supplies.

Reports on Sunday claimed that Bashar al-Assad's forces were amassing troops outside the rebel enclave in a bid to take over the Damascus suburb.

Tuesday's civilian casualties follow the deaths of more than 100 civilians on Monday, with hundreds more wounded, in a day that saw four makeshift hospitals, including a maternity clinic, targeted by government forces, according to aid groups.

UN out of words

The United Nations has called for a month-long ceasefire across Syria to allow for aid and medical evacuations, to no avail.

The UN children’s fund UNICEF issued a blank “statement” on Tuesday to express its outrage at mass casualties among Syrian children in the Eastern Ghouta and neighbouring Damascus.

“No words will do justice to the children killed, their mothers, their fathers and their loved ones
"
"
"
"
" ."@UNICEF is issuing this blank statement. #ChildrenUnderAttack#RunningOutOfWords#Syria

“No words will do justice to the children killed, their mothers, their fathers and their loved ones,” the release from UNICEF’s regional director Geert Cappalaere began.

“UNICEF is issuing this blank statement. We no longer have the words to describe children’s suffering and our outrage,” it said.

“Do those inflicting the suffering still have words to justify their barbaric acts?” 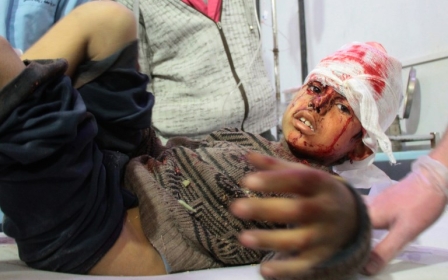