Syria's Assad seeks to benefit from rise of Iraq militants

Observers say pro-Assad forces, which barely clashed with ISIL before, are now presenting themselves as allies in West's 'war on terror' 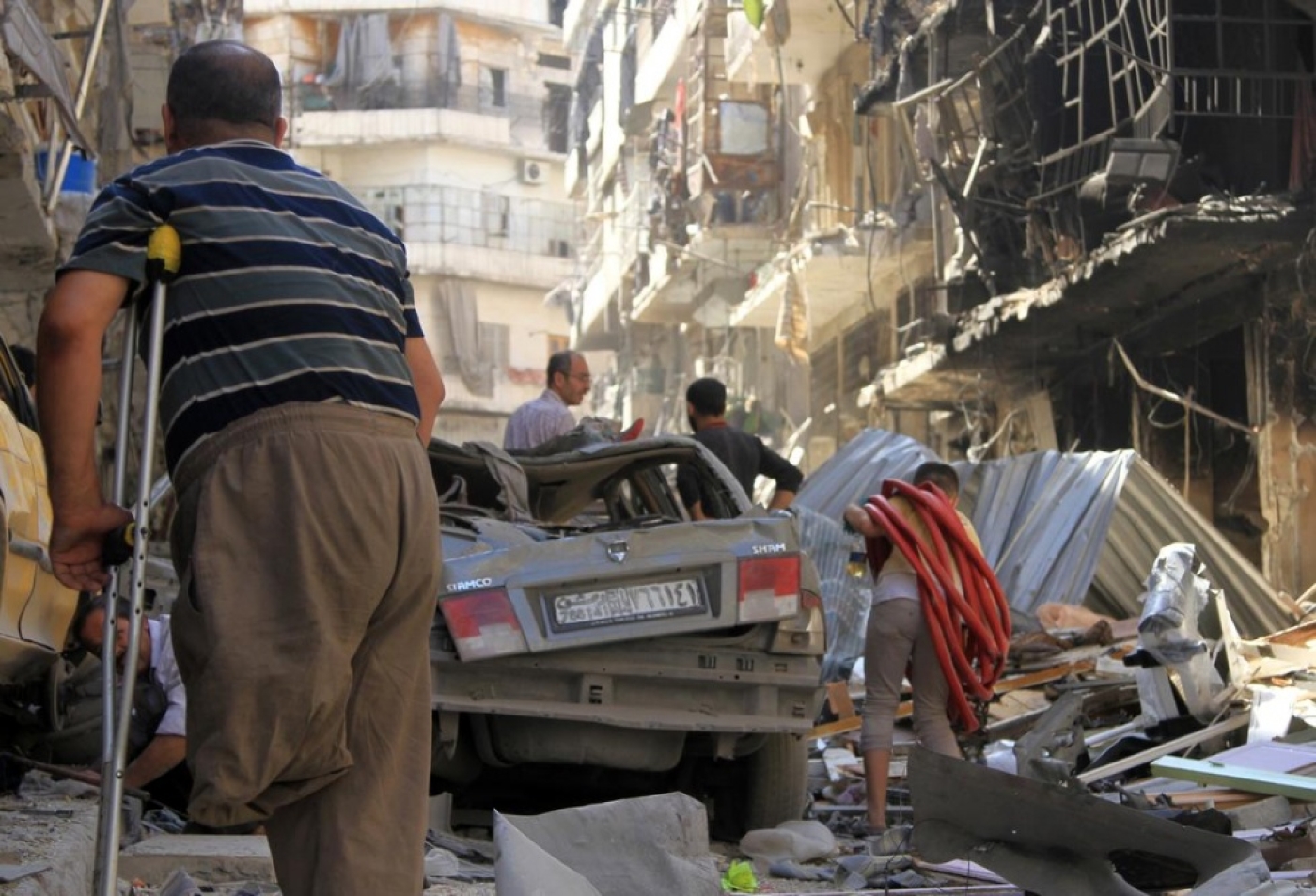 Syrians inspect the destroyed buildings following a Syrian government air strike in Aleppo on June 26, 2014 (AA)
By
MEE and agencies

The rise of militants in Iraq has set the West on edge, but Damascus sees it is an opportunity to legitimise its battle against rebels and crackdown on dissent, promote its actions as a war on "terror".

President Bashar al-Assad's government has repeatedly denied the existence of a revolt seeking political change and democracy in Syria, instead branding its opponents -- both peaceful and armed -- as "terrorists".

For Damascus, the lightning Sunni offensive in neighbouring Iraq provides a chance to lend credence to its rhetoric.

"It's time to realise that an international coalition is needed to fight the terrorism that is spreading from Jordan to Turkey. It's no longer just a Syrian problem," Waddah Abed Rabbo, editor-in-chief of pro-Assad daily Al-Watan, told AFP.

"Of course, Syria must be part of this coalition. It is doing all the work. By fighting the terrorists at home, Syria is helping the Jordanians and the Iraqis too," Abed Rabbo added.

The West has hesitated to supply arms to Syria's opposition, fearing that weapons could end up in anti-Western militant hands.

Now, with ISIL gaining swathes of territory in northern and western Iraq, the US-backed Iraqi military has been exposed as too fragile to weather the onslaught alone.

Volker Perthes, director of the German Institute for International and Security Affairs, told AFP: "The (Syrian) regime seems to be satisfied with the situation."

If the United States does not support Baghdad now, Perthes said, Washington "will be accused of letting Iraq fall into the hands of jihadists".

And if the US gives Iraqi Prime Minister Nuri al-Maliki military aid or even drone or air strikes, it will "be seen as cooperating not only with Iran but also with Bashar al-Assad's regime".

Shiite Iran is a key ally of both Assad and Maliki's government.

But any attempts by the administration in Washington to seek rapprochement with Assad to build a front against ISIL "would further weaken the moderate opposition and rebels", Perthes said.

Syria's war began as a peaceful movement for political change before a brutal government crackdown saw it become a full-blown insurgency, but the conflict became more complex when militants from around the world flocked to Syria.

ISIL first emerged in Syria's war in late spring last year and was initially welcomed by some Syrian rebels who were desperate for help.

But subsequent abuses quickly turned the Syrian opposition, including Islamists, against the group.

Now, moderates and Islamists are fighting both the regime and ISIL at the same time.

Rebels launched a major anti-ISIL offensive in January 2014, and have pushed them out of large swathes of Aleppo province and all of Idlib in the northwest.

'Partner in the war on terror'

Until recently, Assad's forces had rarely targeted ISIL bastions, but ever since the Iraq offensive, the Syrian air force has intensified its strikes against ISIL areas.

"On Sunday, there were intense air raids on Raqa and Buseira" in Deir Ezzor, said the director of Syrian Observatory for Human Rights, Rami Abdel Rahman.

"It appears Assad's regime wants to make the United States, which fears ISIL's advances, see it as a partner in the war on terror," he told AFP.

Nonetheless, most of the victims in the air strikes in recent days, "some 80 percent", have been civilians, Abdel Rahman added.

Syria's war has killed more than 162,000 people, and forced nearly half the population to flee their homes.

Assad's government "wants to try to regain its legitimacy. It may be that the regime is winning back the support of countries that were vying for its ouster, but it will never regain the backing of the people," said Abdel Rahman.

According to Samir Nashar, a member of the opposition National Coalition, "Assad has managed, to an extent, to distract people's attention away from the popular revolution, and to portray it as an extremist wave".

The Observatory said "ISIL executed eight men in Deir Hafer in the east of Aleppo province" on Saturday.

Syrian rebels launched a counter-offensive Saturday to expel ISIL from Albu Kamal town on the Iraq border, the Observatory said.

But not all Al-Nusra fighters defected and those who refused to submit to ISIL joined forces with other Syrian rebel groups to launch the counter-offensive.

"Fighting has raged since late last night in Albu Kamal between Al-Nusra Front and Islamist rebels on one side and ISIL on the other," said Observatory. 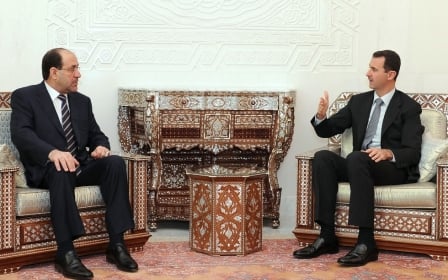